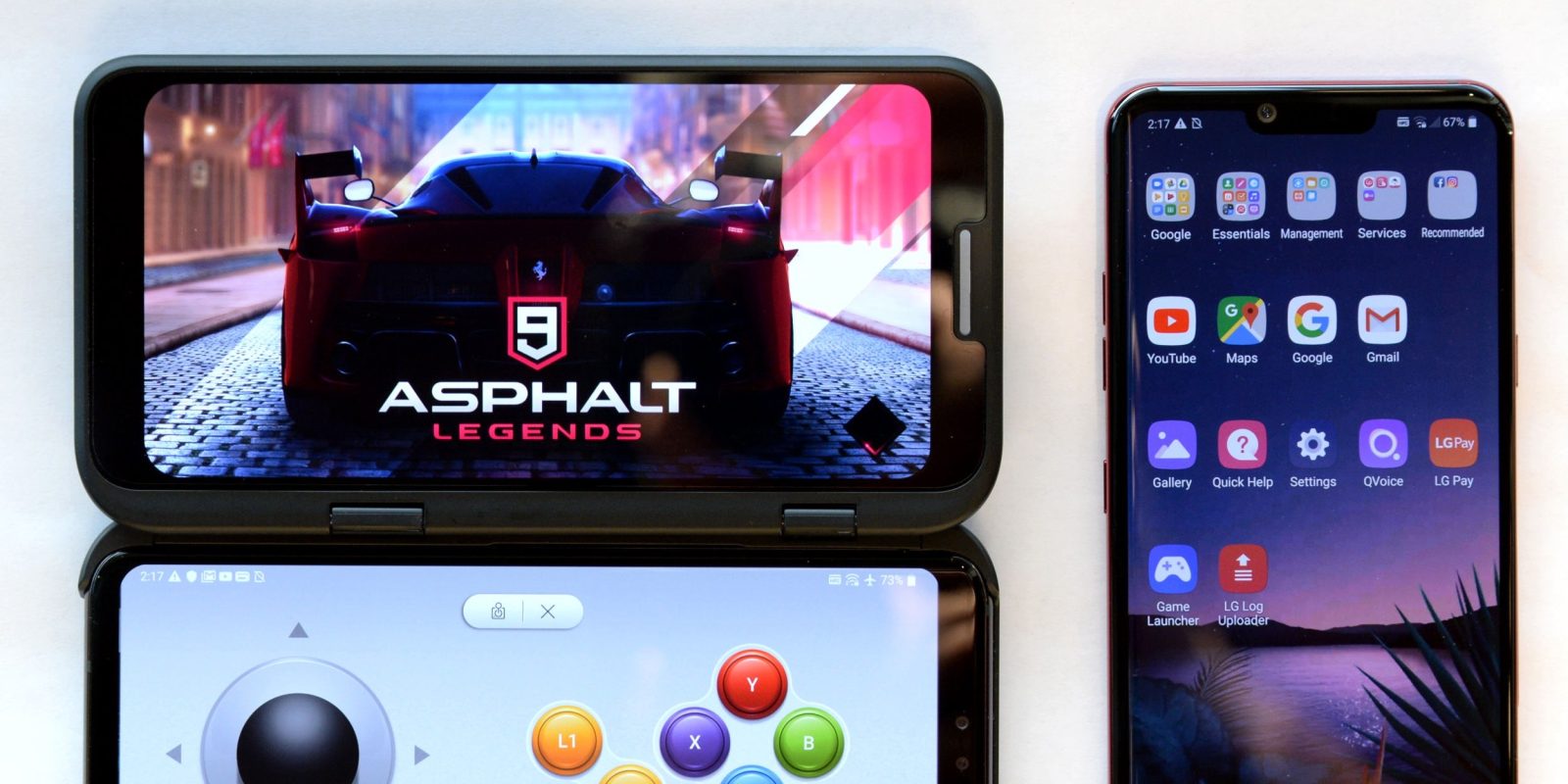 5G connectivity was most definitely at the core of the launch event. The LG V50 ThinQ being the first connected device to come from the industry stalwarts.

Naturally, the partnership between LG and Qualcomm continues. This means that the LG V50 ThinQ will be powered by the Snapdragon 855 chipset and includes the Qualcomm X50 5G modem. it features a 6.4-inch QHD+ OLED FullVision display with 6GB RAM and 128GB of storage.

The 6.4-inch QHD+ notched display has an aspect ratio of 19.5:9. That gives an impressive 538ppi. You can actually double that real estate with an optional 6.1-inch screen gamepad that bucks the trend of folding devices we’ve already seen so far at MWC but still adds that fold feature via one of the most rudimentary of methods.

This dual screen works much like the solo display works. It can be used as a secondary monitor of sorts, or simply a gamepad – like intended.

As for the rest of the specifications, the camera continues where the LG V40 left off. The rear cameras include a 16-megapixel ultrawide lens, 12-megapixel standard lens and 12-megapixel telephoto zoom lens.

The camera credentials are backed up by a solid 4,000mAh capacity. Whilst it isn’t the very biggest on the market, it is most definitely on the larger end of the scale and should help turn the LG V50 ThinQ into a true all-day device. You can also expect speedy tops up via QuickCharge 3.0.

There was no word on availability just yet but expect device partner Sprint to test the 5G network in the United States.