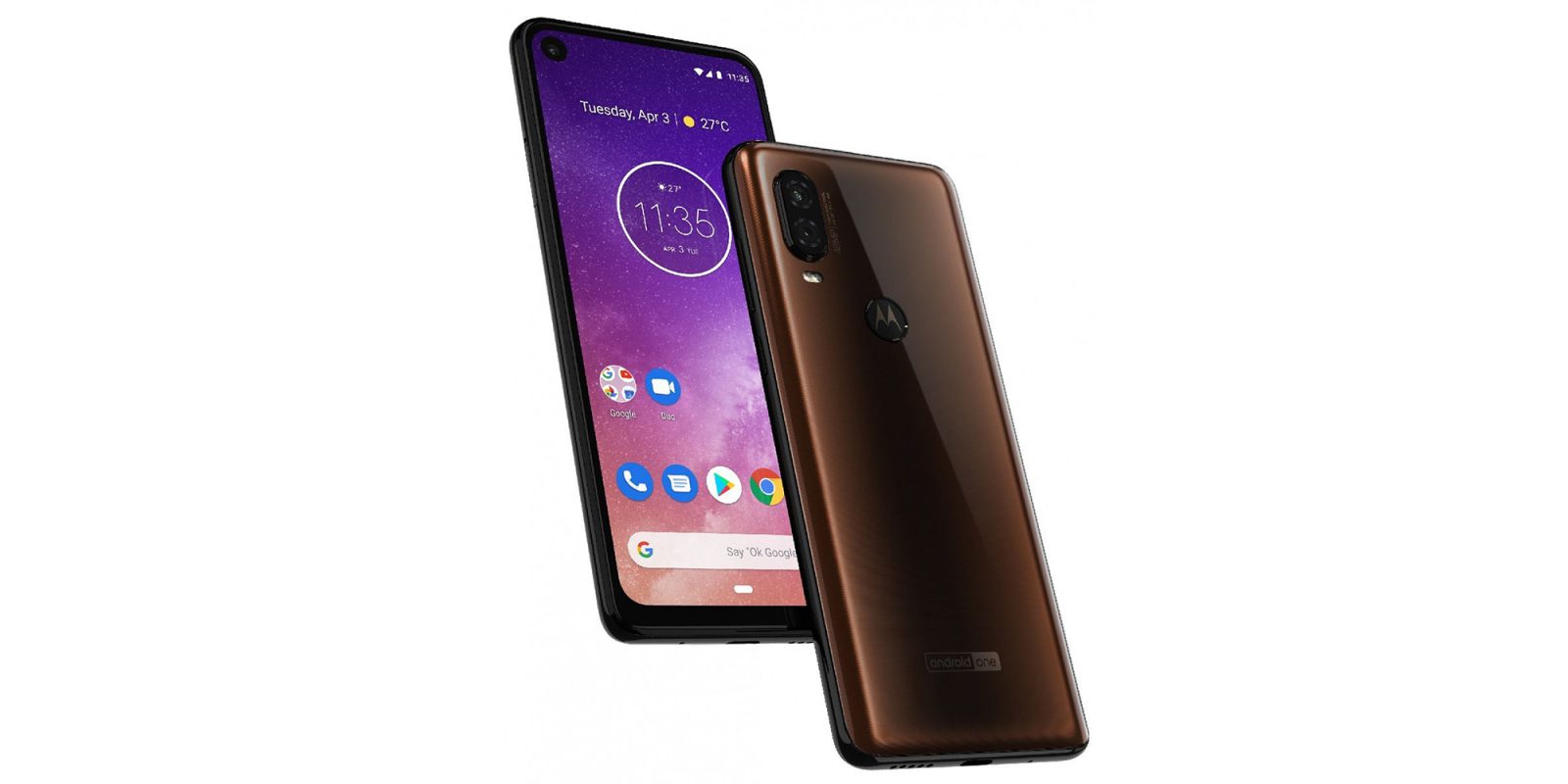 Motorola may have just released the Moto G7 to reasonably little fanfare, but they have a completely new handset on the horizon in the form of the Motorola One Vision or Moto P40.

We last saw the Motorola One Vision in leaks at the very start of 2019. This handset will have a slight name alteration in specific regions from Moto P40 — possibly to save confusion with the Huawei P series — and now a few leaked renders have unearthed a few device secrets (via TigerMobiles).

Like many other Motorola devices, the One Vision will come with basically stock Android. The renders show the Android One logo, which does mean a clean, stock experience that will guarantee updates for at least two years from release.

At the point of purchase, you’ll see Android Pie on the Motorola One Vision, which should hopefully get a quick update to Android Q once it is in a stable format.

From what we already know, the Motorola One Vision will feature a sizeable 6.2-inch display with a punch hole camera cutout in the top left of the IPS LCD panel.

Round back we get a slightly closer look at the dual camera array, which will feature a 48-megapixel main sensor and a 12-megapixel secondary sensor. It’s not known if we will be able to capture images at the full 48-megapixel resolution.

The rest of the specs are a retread of any solid mid-ranger. Although the Motorola One Vision will be powered by a Samsung Exynos 9610 chipset rather than the more expected Qualcomm option. As for RAM and storage configurations, you’ll be able to choose from a few. 3GB and 4GB RAM options will be available, whereas storage options come in three flavors: 32GB, 64GB, and 128GB — it’s not yet known if these will be expandable via microSD card.

Wired headphone fans will no doubt applaud the inclusion of the headphone port. While charging of the 3,500mAh battery is accounted for via the USB-C charge port that also supports Motorola’s fast charging tech.

We’re still in the dark on a potential release date and pricing, but will do our utmost to unearth this information in the coming weeks.