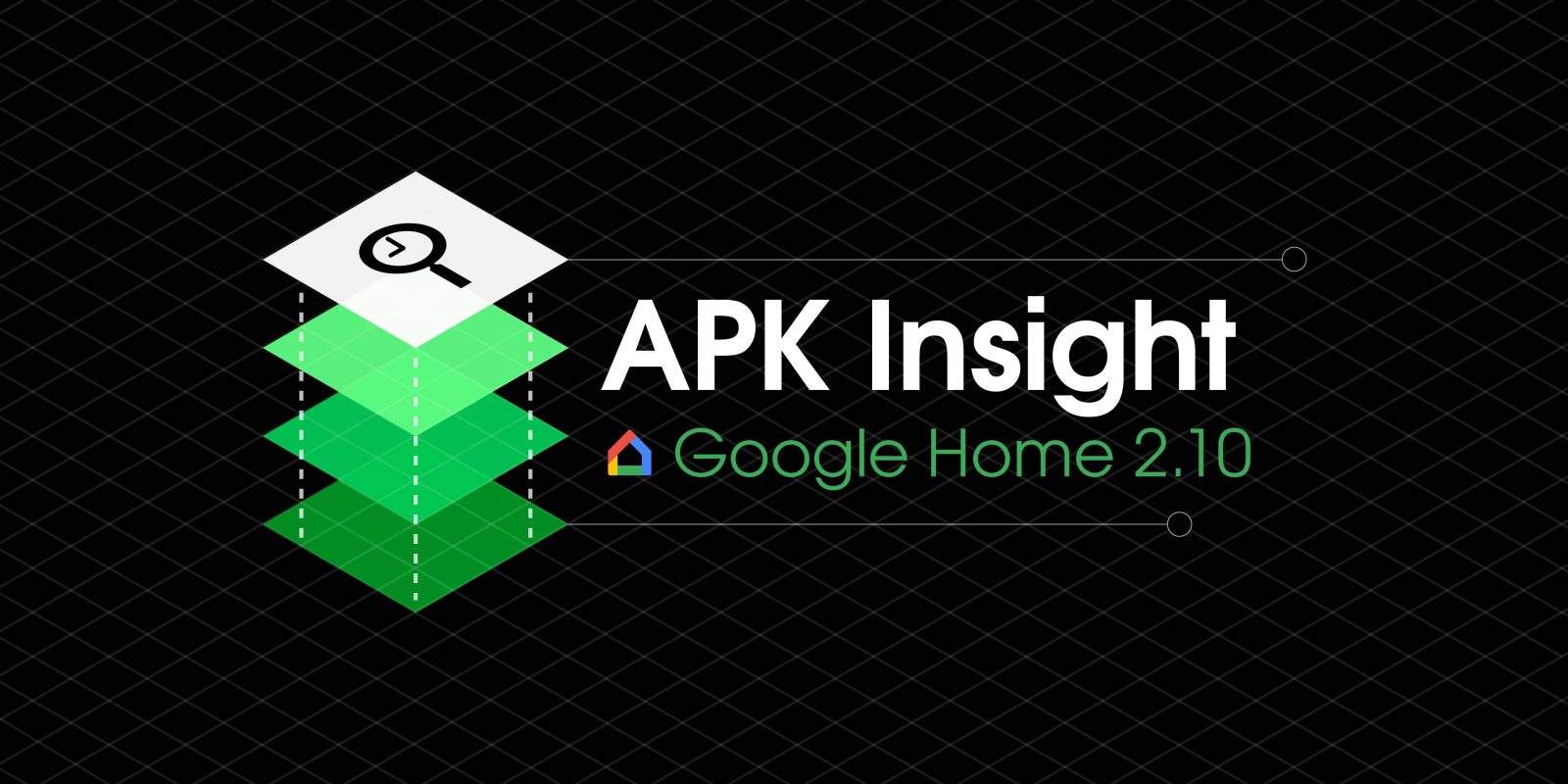 The latest version of the Google Home app for Android is rolling out this morning and it reveals two new codenames. Google Home 2.10 describes “Zion” — a “border router” with “built-in smart plug” — in-depth and “Speaker V,” as well as a “ultrasound proximity detection” feature.

Zion in Google Home 2.10 is described as a “border router” with a “built-in smart plug” that enables the “Google ecosystem in a home.” It can specifically keep a “battery powered device up to date with the latest software or it can help bridge your devices.” This appears to be a new (or next generation) class of Google device for the home.

<string name=”zion_intro_body”>Zion is a border router with a built-in smart plug, enabling the Google ecosystem in a home. Zion can keep a battery powered device up to date with the latest software or it can help device</string>

There’s also something called Castell, with these two names like serving as placeholders rather than being consumer-facing. These two devices appear to work in conjunction together, with “Castell” vaguely reminiscent of the Nest Detect given its “installed” nature/placement. Zion has a “range of about 40 ft in all directions” to detect Castell, with a “button on the top” of the device.

<string name=”zion_plug_in_body”>Plug in your Zion in an outlet near the door where you are planning on installing your Castell. Zion has a range of about 40 ft in all directions.</string>

<string name=”zion_wake_up_body”>”After you have plugged in your Zion, press the button on the top. Its light should be blue. If it doesn’t light up, tap the link below for more information.”</string>

Google’s only other router today is the Google Wifi, and Zion could be its successor as a “border router” with “bridge” capabilities. Meanwhile, Google Home 2.7 from November revealed that Wi-Fi settings could be coming to the smart companion app, while the FCC revealed a “Communication Module” in February.

Another possibility (given the security implications) is a next-generation Nest Connect, which already plugs into a power outlet to extend your security system in a larger house.

The “YBC” device we spotted last version has been renamed to “Speaker V.” The rumored Nest Hub Max would be the fifth speaker/Smart Display device from Google. Version 2.9 from earlier this month also included “device_ynm” placeholder, and comes in the context of Zion/Castell above.

Version 2.10 describes an “ultrasound proximity detection” feature that’s part of a “reactive_ui” you can choose to enable. When users of an unspecified “Hub” device are nearby, “touch controls” will automatically appear. This is somewhat reminiscent of how the buttons on the Nest Secure light up and label themselves when active, but otherwise are hidden.

<string name=”reactive_ui_setting_description”>”Hub uses ultrasound proximity detection to show you touch controls when you’re nearby the device and hide them when you’re not.”</string>

The existing Google Home Hub does not have this capability, and it could be for the upcoming Nest “Hub” Max. Meanwhile, “ultrasound proximity detection” could in theory be used for other, security-related functionality.

Google Home 2.10 is rolling out now via the Play Store. We do not post APKs to download directly given the legal challenges associated with copyright and possibility of removal. Meanwhile, that model is perilous given Android App Bundles and Google Play’s Dynamic Delivery.