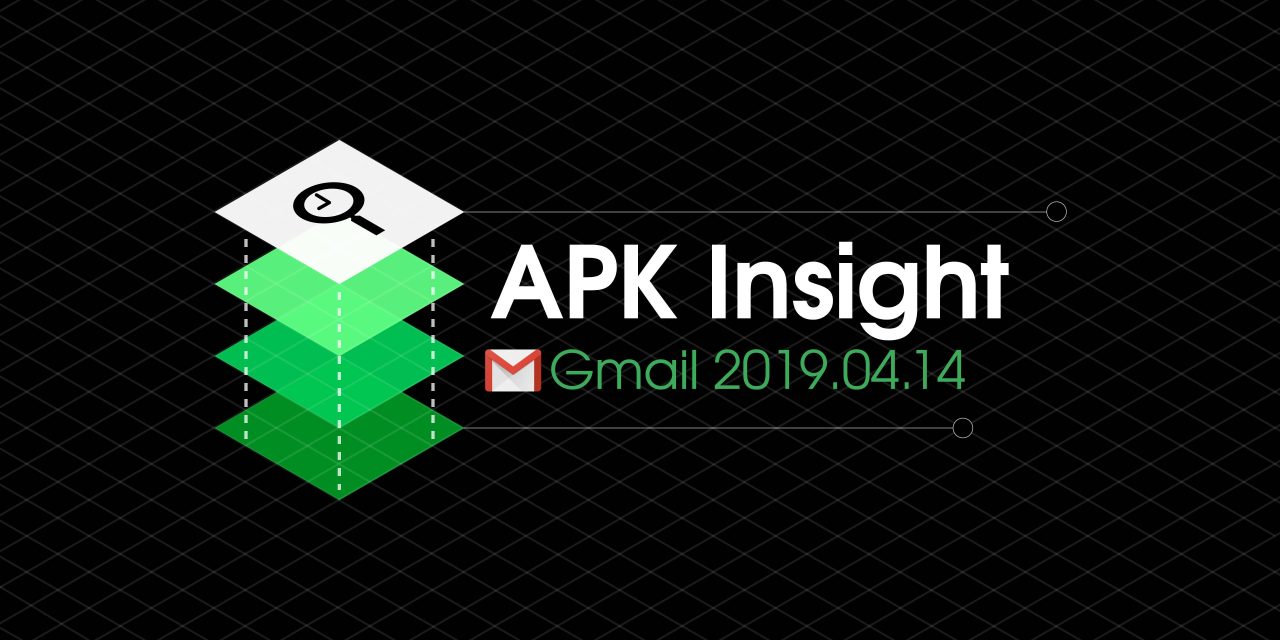 Last April, Google redesigned Gmail on the web with the Material Theme and a number of features like snoozing, nudges, and Smart Reply. Aimed at boosting productivity, another effort was a new side panel with widgets for Google Calendar, Keep, and Tasks. Google Tasks integration could now be coming to the Android app.

On the web, users can drag emails to Gmail’s right-hand side panel to create a task. The email is linked for quick access, with users able to add a date/time reminder, subtasks, and any relevant additional details.

Version 2019.04.14.246198419 of Gmail for Android today reveals an “Add to Tasks” string that suggests Google Tasks integration on mobile. The Material Theme for Gmail on Android/iOS arrived earlier this year with the visual redesign and density preferences, with snoozing and nudges already available.

Update 5/13: “Add to Tasks” is live as the last button in Gmail’s overflow menu. This latest version of Gmail began rolling out last Sunday with the functionality widely available as of this weekend (via AP). The workflow is exactly as we described below, and somewhat buried by not being very obvious amidst a long list of actions.

However, the process for creating tasks might be through a conventional button in the overflow menu. After tapping, a toast message will likely appear at the bottom of the screen to confirm the success or failure of the action, with a link to “View.” Users are presumably pushed out to the Google Tasks app to add additional details.

However, there is a possibility of Google Tasks opening as a miniature window through the existing Gmail Add-on UI paradigm, which the company introduced in October 2017. On Android, there is a bar at the bottom of the screen that lists “Available add-ons.” Tapping will launch a panel that takes up half the display.

Gmail 2019.04.14 is rolling out now via the Play Store. We do not post APKs to download directly given the legal challenges associated with copyright and possibility of removal. Meanwhile, that model is perilous given Android App Bundles and Google Play’s Dynamic Delivery.