Mario Kart Tour Impressions: A shell of the real deal, but a decent time-killer 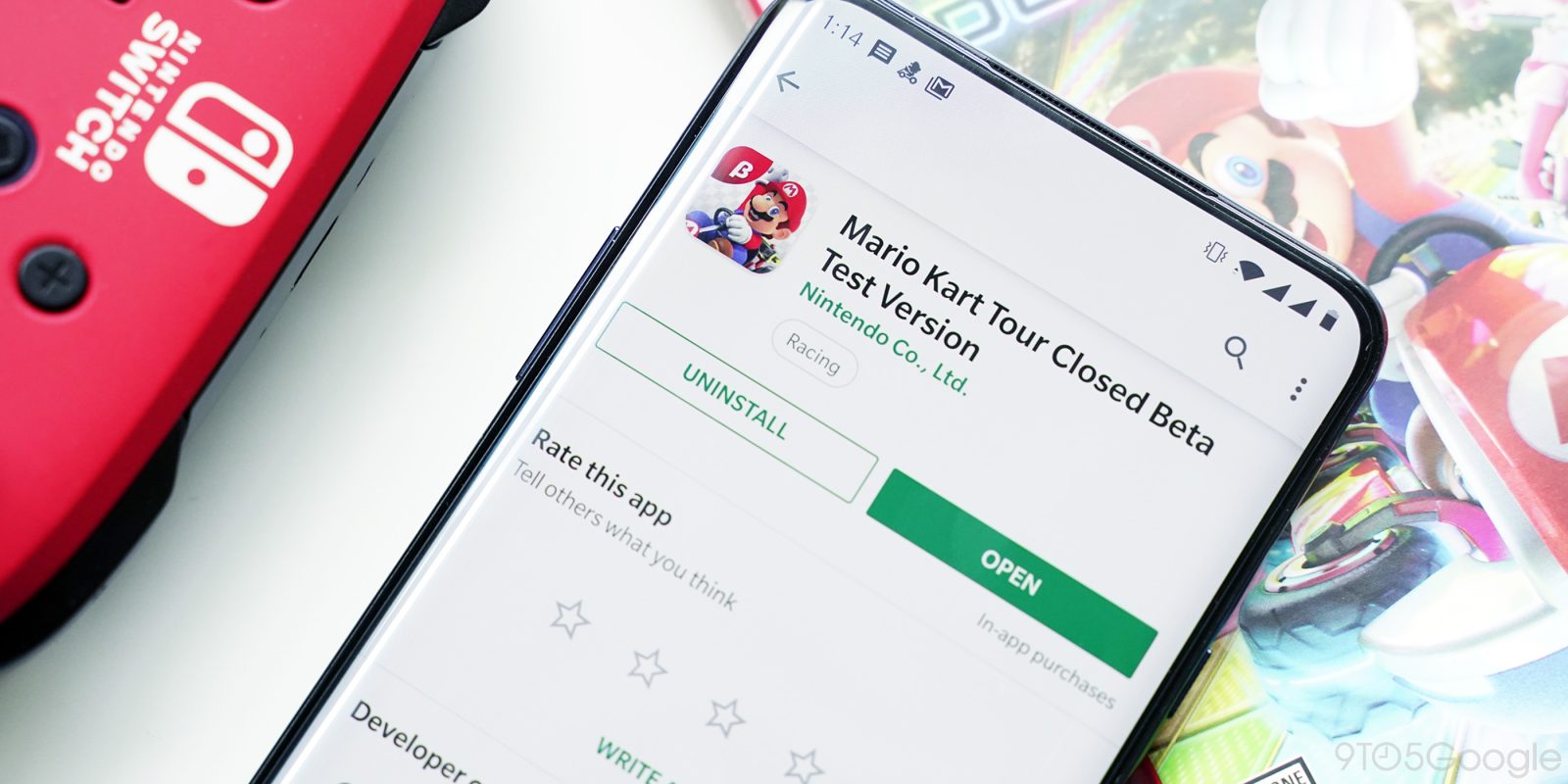 I’ve been a fan of Mario Kart for years, with probably hundreds of hours under my belt on the Wii, 3DS, and even Switch versions of the game. Needless to say, I was pretty excited when Nintendo announced last year that it would be bringing an official Mario Kart game to mobile devices in the form of “Tour.” Sadly, after trying out the closed beta for a while, I’m left with a game that’s nothing but a time-killer that’s just a shell of the racing game I’ve loved.

Before we get started, it’s important to note that Nintendo isn’t allowing users to share screenshots, videos, or images of the game. To that end, the photos you’re seeing in this article are from the screenshots floating around social media and not actually running on our devices.

Slightly boring, but it can be improved

First and foremost, we’ve got to talk about the actual gameplay here. Mario Kart Tour may source all of its tracks from past versions of the game, but it’s a whole new experience.

It’s a new experience because, frankly, it’s kinda boring. Mario Kart Tour is played in portrait orientation and controls are with just a single hand. I can see why Nintendo opted to do this, but it takes a lot away from the game that we’ve all loved so much.

In Tour, your kart automatically accelerates and turning is accomplished by sliding your finger left or right on the screen. When gliding, sliding up or down can control your flight path as well. The tutorial shown below makes this game look incredibly boring, but once you get into actual races it gets quite a bit more exciting.

Drifting, by default, is accomplished with a tight, last-minute turn. You can enable a manual drift option in the settings, though, which I think makes the game a lot more interesting and fun. It brings back some of the skill that the real deal requires, and Tour mostly ignores.

Every race in the game is online against other players too. So far, the skill level seems almost too easy, and I’ve not lost a race yet, usually coming in 1st place by a notable margin. As you go along, though, things do get a bit more difficult. There’s a notable gap between 50cc and 100cc already.

Items are one area of disappointment for me in the game compared to the full versions. You can still pick up multiple items, but that depends on your character instead of which block you hit. Some characters can only pick up one item, where others can get three. Annoyingly, items are immediately used and traded out when you hit another block too.

Even a mobile Mario Kart game wouldn’t be a proper title in the series without tracks, and Tour is full of tracks from previous games in the series. Just in the first cup, you’ll spend time on Choco Island 2 from the SNES, Toad Circuit from the 3DS, and Dino Dino Jungle from the GameCube. The tracks are cut by a full lap in this mobile game, but they’re the same tracks you’ve played for years now.

Graphics wise, Tour is actually not bad. I’d say the 3DS version of the game is a decent comparison, with this mobile game basically just losing some of the fine details of the console version. Even the music is basically the same. 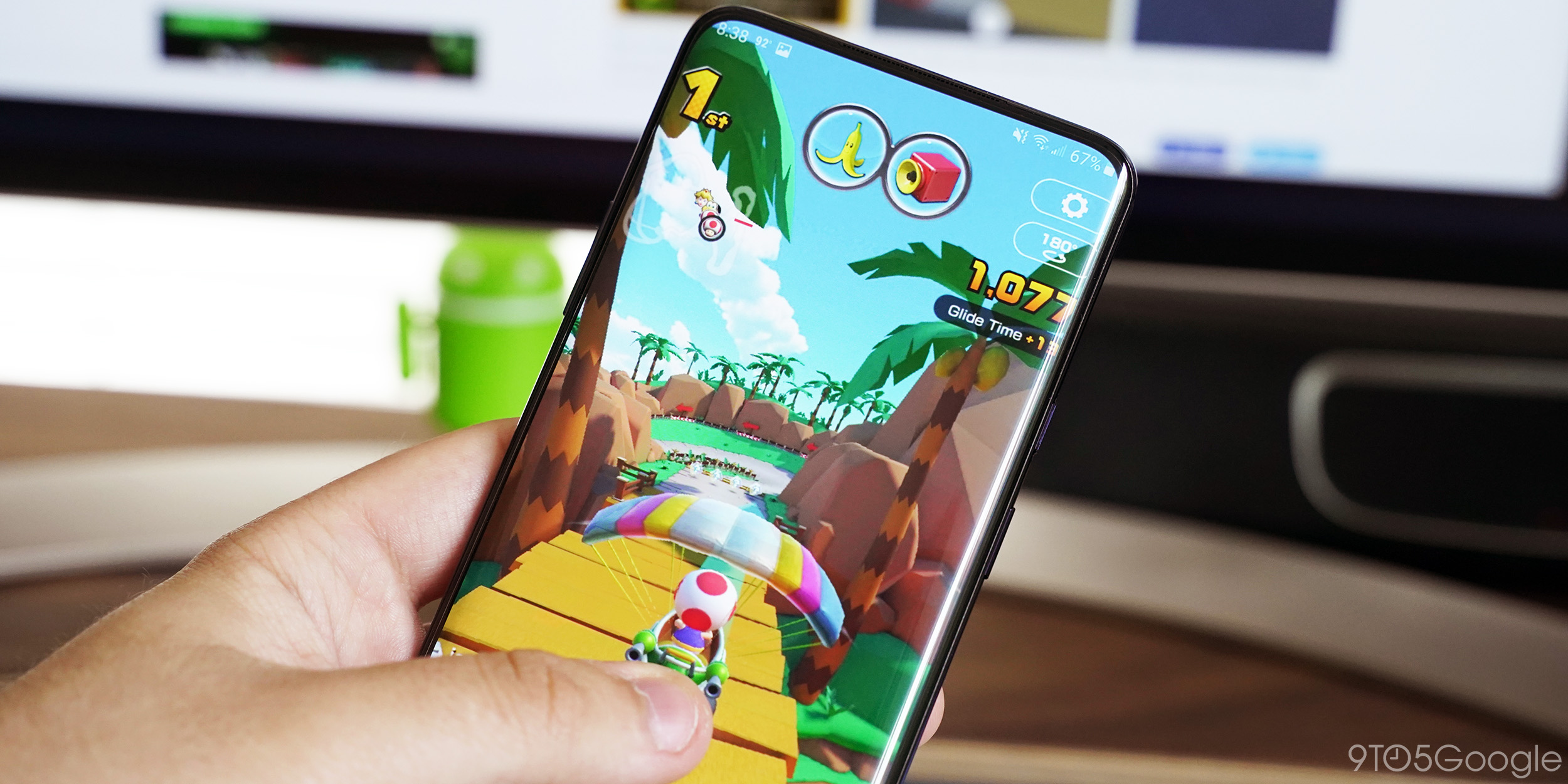 As for the karts and drivers, Nintendo has actually done a decent job of bringing the same customization experience from the full game. However, it’s going to take ages to unlock everything. The game makes you pay coins, use loot boxes, or randomly unlock these as you progress through cups. It’s not difficult to get a character or kart twice – I doubled up on Luigi within minutes of play.

Notably, there are some characters missing from the game as well. You won’t find Link from The Legend of Zelda, nor will you find Bowser Jr or the Inklings from Splatoon. A lack of characters isn’t very surprising, though, and I’m still happy with the 30 characters that are included. Motorcycles are also completely gone from what I can tell, which is a shame.

It’s also important to note that, unlike in standard Mario Kart games, the characters and karts in Tour do have a strategic advantage. Using certain characters or karts on certain stages gives you a leg up on the competition, and different combinations can affect how each race goes.

The worst part by far about Mario Kart Tour is that it’s absolutely full of microtransactions and ways to get you to buy more stuff. Somehow, Nintendo fell into the trap of including not one, but several of the worst mobile gaming tactics into this one game.

First, there are Stamina Hearts. These recharge over time, but dictate how much you’ll be able to play the game in a single sitting. By default, you’ll have around 5 to use at a time, and you can buy more if you run out and want to keep playing. A single race uses roughly one of your available hearts depending on the amount of time it takes.

Then, there are Coins. These are a classic part of Mario Kart and you’ll use them to purchase new karts, gliders, and upgrades for your different parts and drivers. These are collected by simply driving the track or by using the pay-per-play “Coin Rush” mode. So far, I’d have to say that this is the microtransaction I’m mostly OK with in Mario Kart Tour.

The entire game, though, rests on “Emeralds.” This is a “currency” that’s not shown up in a Mario Kart title until Tour, and they’re used to purchase more hearts, play “Coin Rush,” and also to “Fire the Pipe.” Since this is a beta, for now, Nintendo isn’t letting users purchase Emeralds, so there’s no indication how much they might cost in terms of real-world dollars. 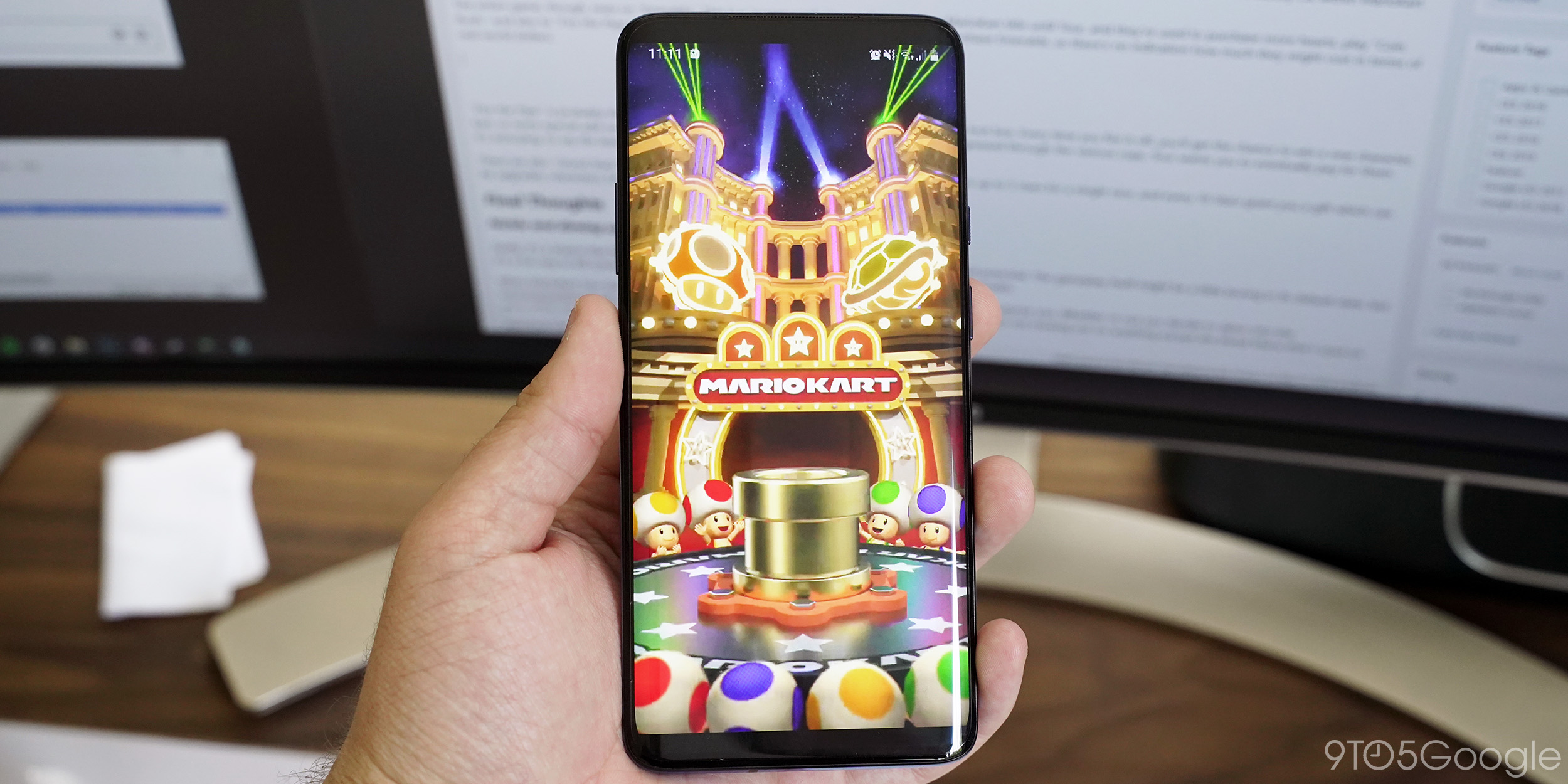 “Fire the Pipe” is probably the game aspect I take the most issue with here. Essentially, this is a loot box. Every time you fire it off, you’ll get the chance to win a new character, kart, or some special add-ons. Where classic Mario Kart games let you unlock these as you progressed through the various cups, Tour wants you to eventually pay for them. It’s annoying, to say the least.

There are also “Grand Stars” which, as collected, unlock gifts and new Cups as well. You can earn up to 5 stars for a single race, and every 10 Stars grant you a gift which can be upgrades, characters, Emeralds, and more.

Nickle and diming aside, it’s worth a shot

Really, it’s a shame that Nintendo has fallen into these traps, because Mario Kart Tour has a ton of potential. The gameplay itself might be a little boring in its default state (seriously, manual drift makes it way more engaging), but can be a fun way to kill some time that brings back childhood memories if you grew up playing on consoles.

When Mario Kart Tour does make its full debut, I’d definitely recommend giving it a shot, as it might surprise you. Whether or not you decide to delve into the microtransactions is up to you, but I’ve not made any purchases in the game so far and it’s just fine. I’m not missing out on anything except the Metal Mario that I used on every other version of the game.