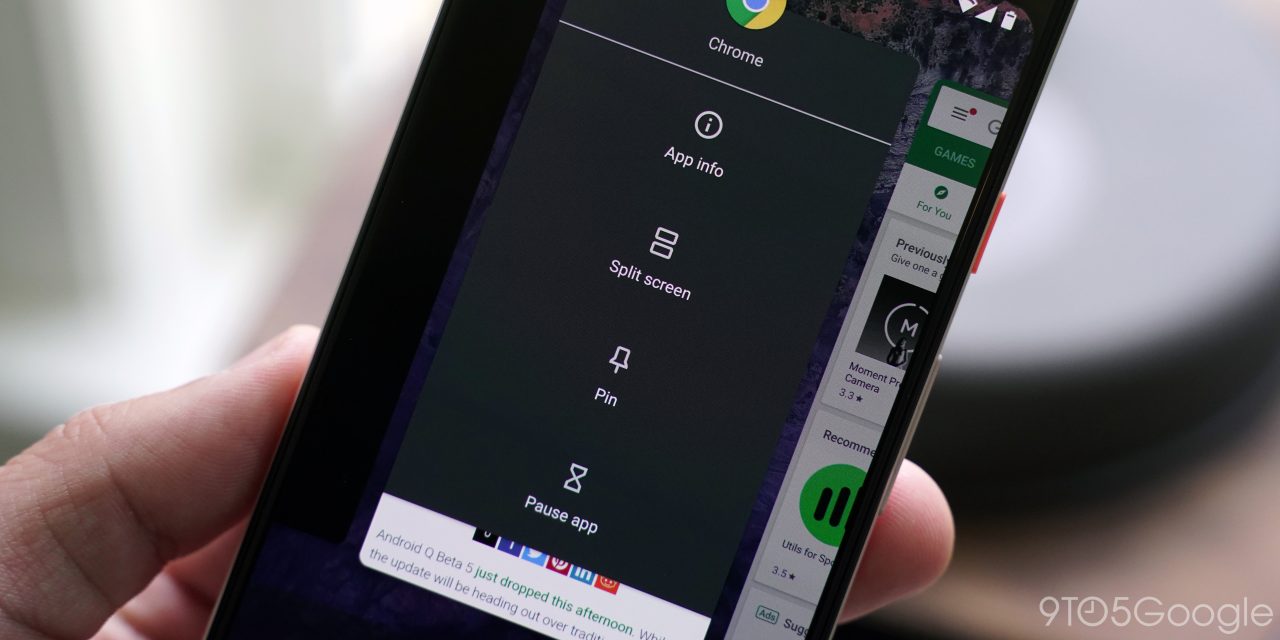 Google’s latest version of gesture navigation is such a departure from anything that’s been in Android before that it’s actually broken a lot of the functionality in the operating system. One feature that was broken was Screen Pinning, and now after being disabled temporarily, the feature is back in Android Q Beta 5 with Gesture Navigation.

However, since Google’s new Android Gesture Navigation has no buttons at all, screen pinning simply didn’t work when the new system was first introduced. Google later disabled it entirely to prevent users from getting locked into an app until rebooting.

In Android Q Beta 5, Google has resolved this problem by using a new method of getting out of a pinned application. When you use Screen Pinning on an app, Settings as used in the example below, a banner appears which explains that a swipe up and hold will unlock the app. It’s a pretty simple solution that works, but it’s also a bit easier to guess for those you’re handing your device over to. Trade-offs had to be made I guess, but at least the functionality is working again.