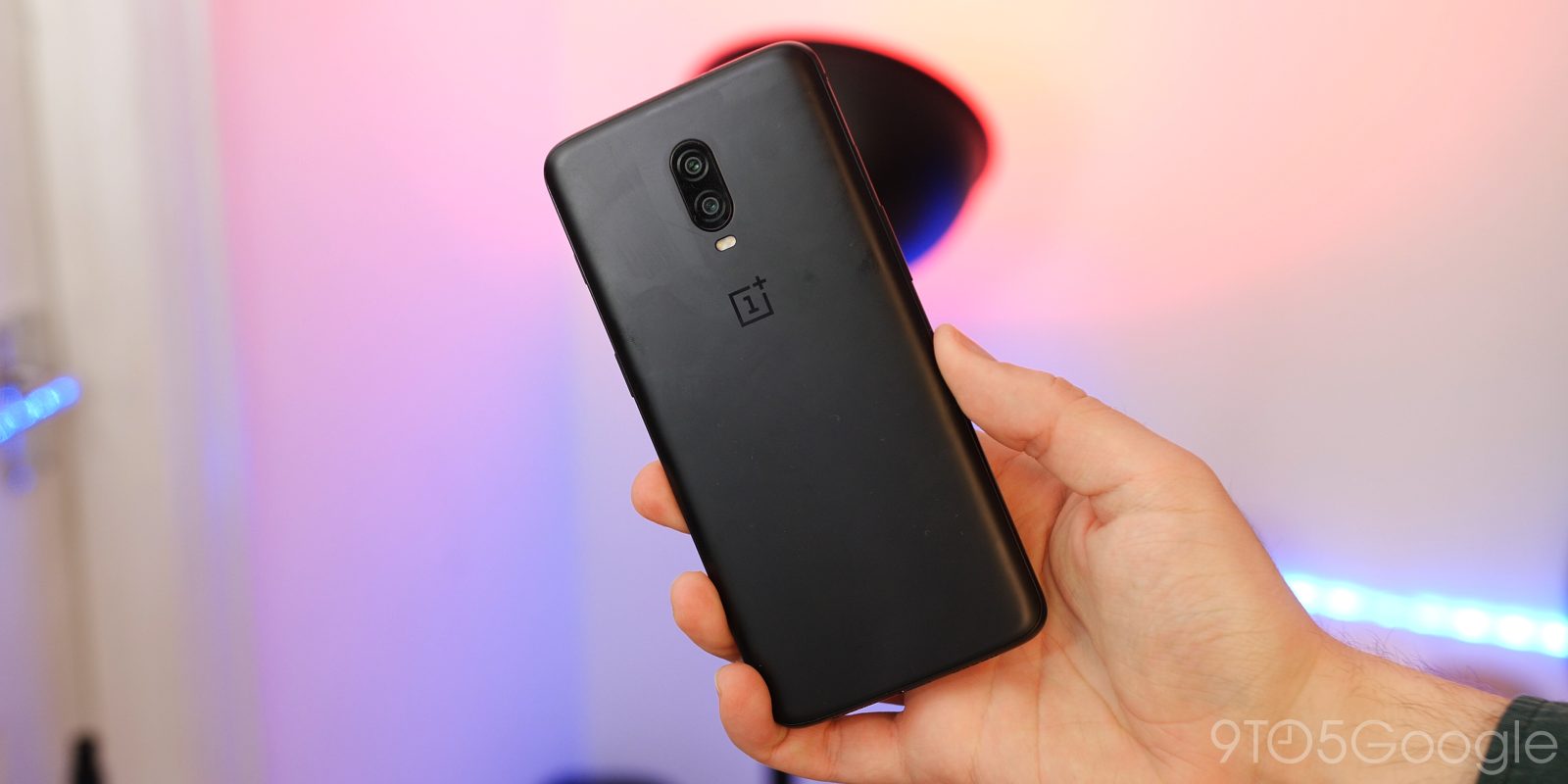 While the superb OnePlus 7 and even better OnePlus 7 Pro have been released, the OnePlus 6T still hangs around in North American markets but remains a genuinely exceptional purchase, even in 2019.

As is often the case, the lull in-between the latest release and the next proves to be the hardest time to recommend the current crop, especially as a new product unveiling nears ever closer. In most cases that is fine if you are happy to pay the full ‘launch price’ of a smartphone.

But holding out and being patient always has, and always will be the best way to save money and arguably get the best of both worlds. You still get top-quality tech at the point of purchase, and you often get a primo discount to boot. What’s not to love about that?

With that said, here are five reasons to still pick up the genuinely superb OnePlus 6T. 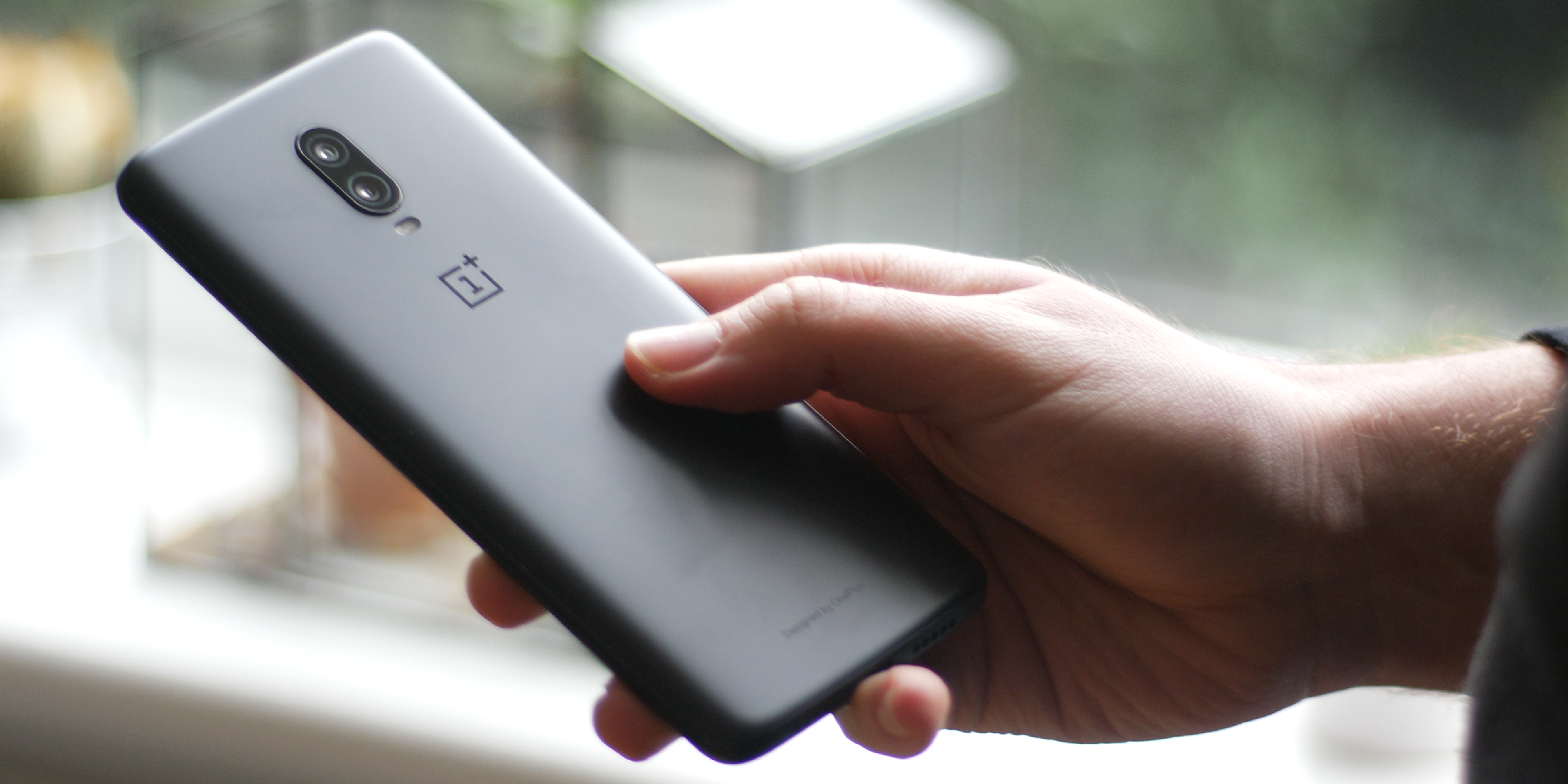 Now at this point in 2019, the OnePlus 6T has been superseded by the OnePlus 7 Pro in the US and the OnePlus 7 globally. It does mean that the pricing has come down a little from what was already an affordable start point. I’ve seen the device as low as $400 online, with the start price still officially listed at just $549 unlocked.

For that price, there are very few phones that can match its speed — even with newer chipsets. You do get a genuine ‘flagship experience’ from a smartphone that costs hundreds of dollars less than comparable handsets from Samsung, Huawei, and even Google.

Yes, there are some compromises in certain areas, but the sheer value on offer here is almost unrivaled. The entry-level model on the official OnePlus site comes with the Snapdragon 845, 8GB of RAM and 128GB of storage. 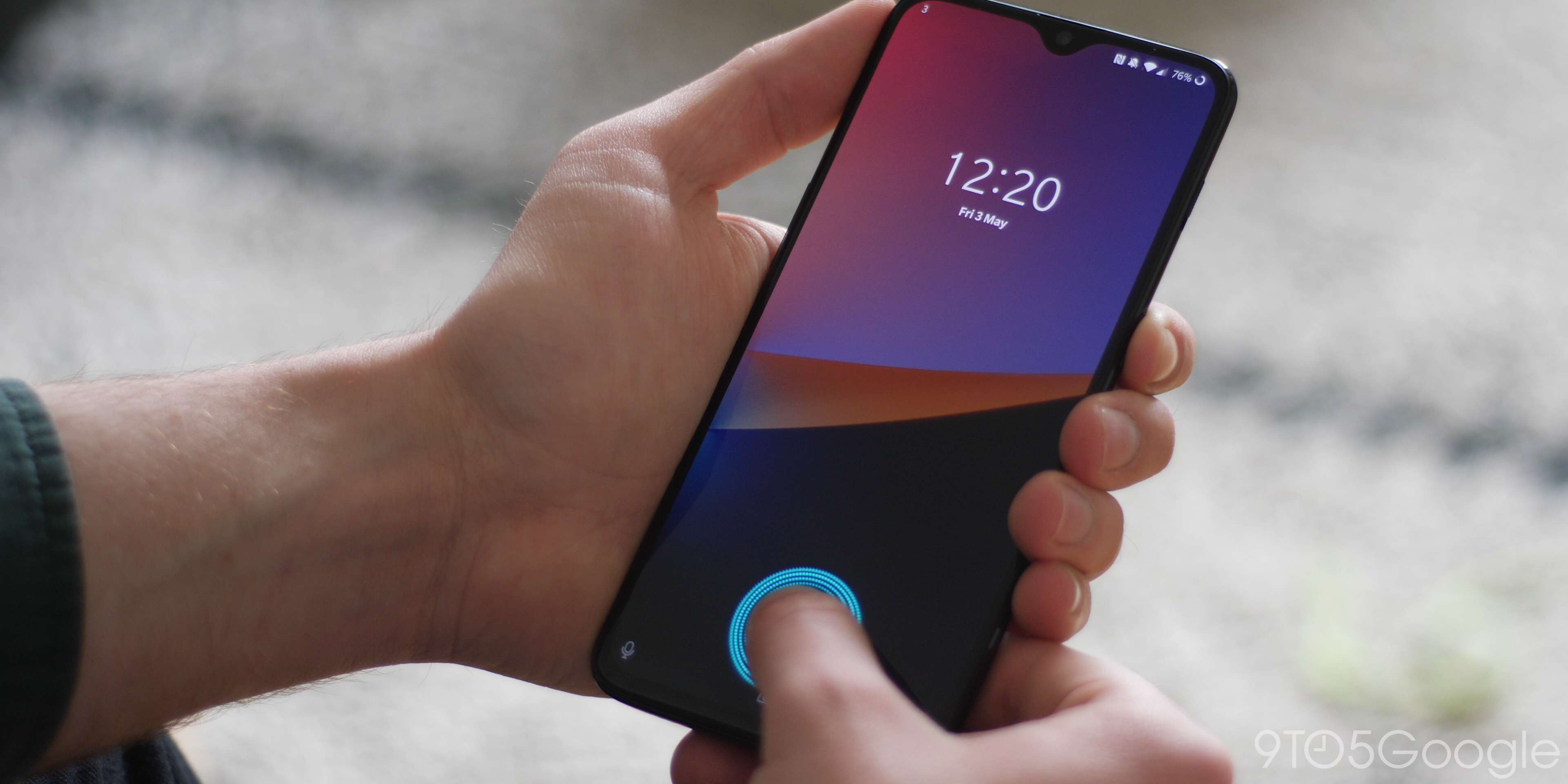 I’ve used the Snapdragon 855-powered OnePlus 7, and while it will arguably provide a boost. The UFS 3.0 storage leaves a bigger impression in my opinion. Returning to the OnePlus 6T in 2019, there is no real loss of speed with the kind of daily tasks you’ll throw at it — not that I expected any.

Having plenty of RAM and the still-powerful Snapdragon 845 chipset means that it should last a long time. Apps load in rapid fashion, games run exceptionally — and then get an extra boost when you launch the dedicated gaming mode.

Oxygen OS is lightweight enough to not dent performance either, rather enhancing the feeling of speed with increased scroll and swipe inertia. Everything feels like it is running at lightspeed almost constantly. 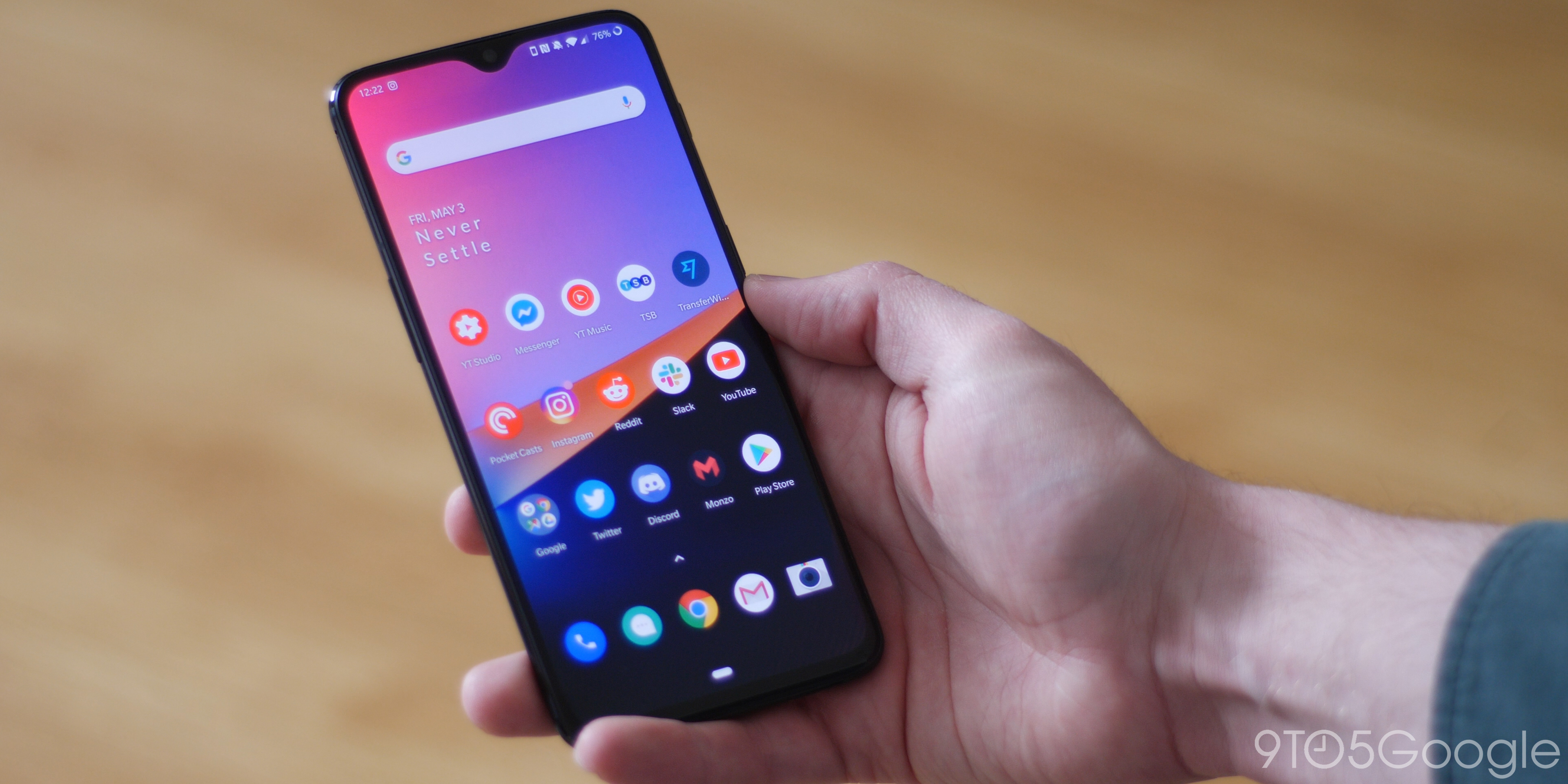 I can wax lyrical about Oxygen OS all day long. The altered version of Stock Android looks and feels so slick. It also gets regular updates and enhancements that come from the community that use it daily.

OnePlus does like to listen to fan feedback via its official forums. The community has a real influence on Oxygen OS, which is such a different approach to how other OEMs deal with their own skins. Extras like the new screen recorder, Fnatic mode, and more have all come to the 6T in pretty quick fashion.

There are tons of extra little tweaks and enhancements that are ahead of stock too. The native dark mode has been on the 6T long ahead of the Pixel got it thanks to the Q Beta. Dedicated modes are also powerful and popular inclusions, as is the slimline Oxygen launcher. It all adds up to an exceptional experience that is arguably one of the best on Android period.

The 6T also happens to be one of the few smartphones beyond the Pixel line that has access to the Android Q beta. Given the track record of OnePlus at getting updates out of the door, we should see the full Q update head to the 6T pretty shortly after the Pixel too. 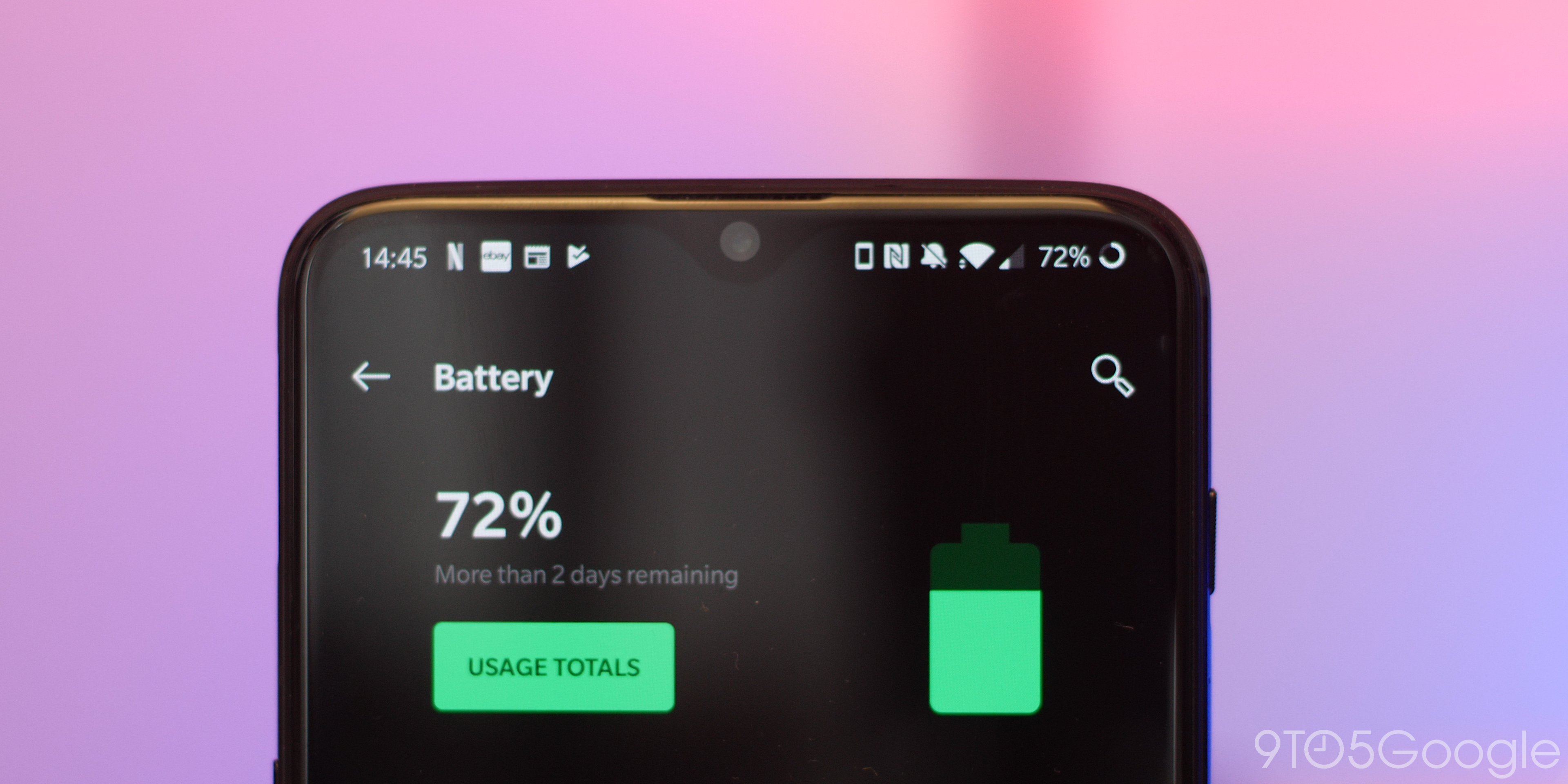 There are genuinely few smartphones over the past 12 months that I’ve had such longevity with than the OnePlus 6T. I can easily manage over eight hours of screen on time on a regular basis with the phone. That’s all despite having what feels like a modest 3,700mAh — at least by 2019 standards.

By including a superb FHD+ display, you do forgo a little bit of extra crispiness but gain extended battery life. Personally, I think that is a pretty fair compromise and it’s no good having an amazing display if your battery can’t power it for long.

Now I’ve bundled the charge speed in with battery life, as they are linked together neatly. So when you do happen to find the OnePlus 6T battery waning, you get one of the best fast-charging standards in the entire tech industry.

What used to be Dash Charge is now just fast charging and even though Warp Charge is substantially faster, it is still amazing to be able to get almost 50% battery in just 30 mins. OnePlus changed the way I charge my phone simply by including their own fast charging tech. I now no longer charge overnight, instead just topping up first thing in the morning and then again just before bed. 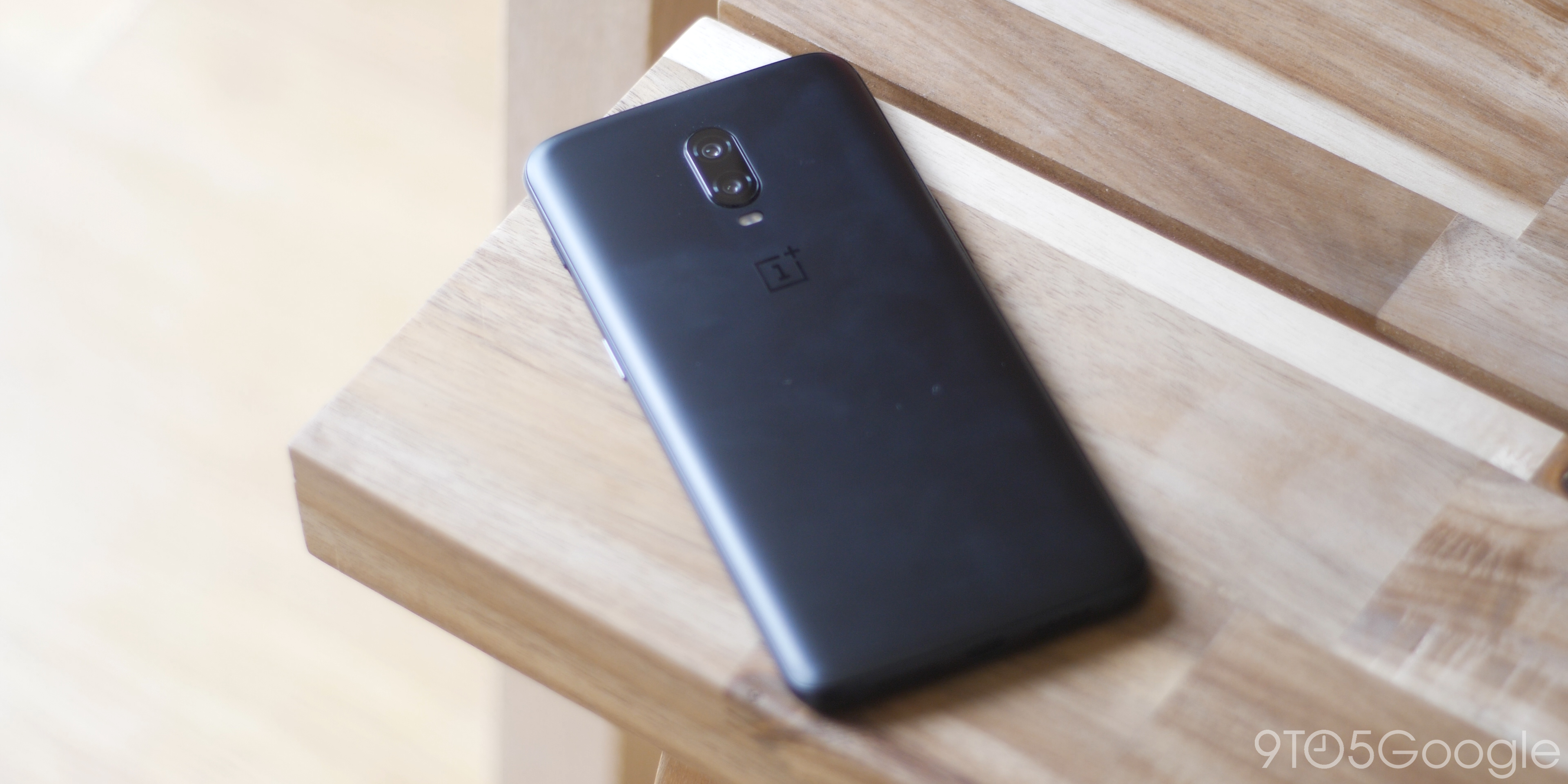 This is a premium feeling smartphone make no mistake. The thing about cheaper smartphones, in general, is that they seem to be catching their more expensive counterparts with each passing year. You could be forgiven for thinking that the OnePlus 6T was more expensive given the feel in the hand.

I will say that the FHD+ is also much better in person than you might initially have thought. By 2019 standards, the OnePlus 6T screen isn’t the biggest, and the bezels are not the smallest. It is still a lot of screen to contend with and looks great with just about any video, app, or photo content you deal with.

The metal and glass build also feels sturdy and the soft curves make it comfortable in the hand. You still might not be able to use it comfortably one-handed but overall the feel and relatively soft edges are superb. There have also been a couple of limited edition colors in the form of the McLaren edition and the Thunder Purple edition. Both of which are refinements of what I consider a gorgeous overall look and feel.

With the OnePlus 7 not being available in the US officially, you can head to your local T-Mobile store or go online and get hold of the OnePlus 6T in 2019 relatively easily. On the used market you can expect to pay under $400 on sites like eBay. Amazon now offers the device renewed for under $390, with the added bonus of unrivaled buyer protection. From OnePlus direct expect to pay $549.