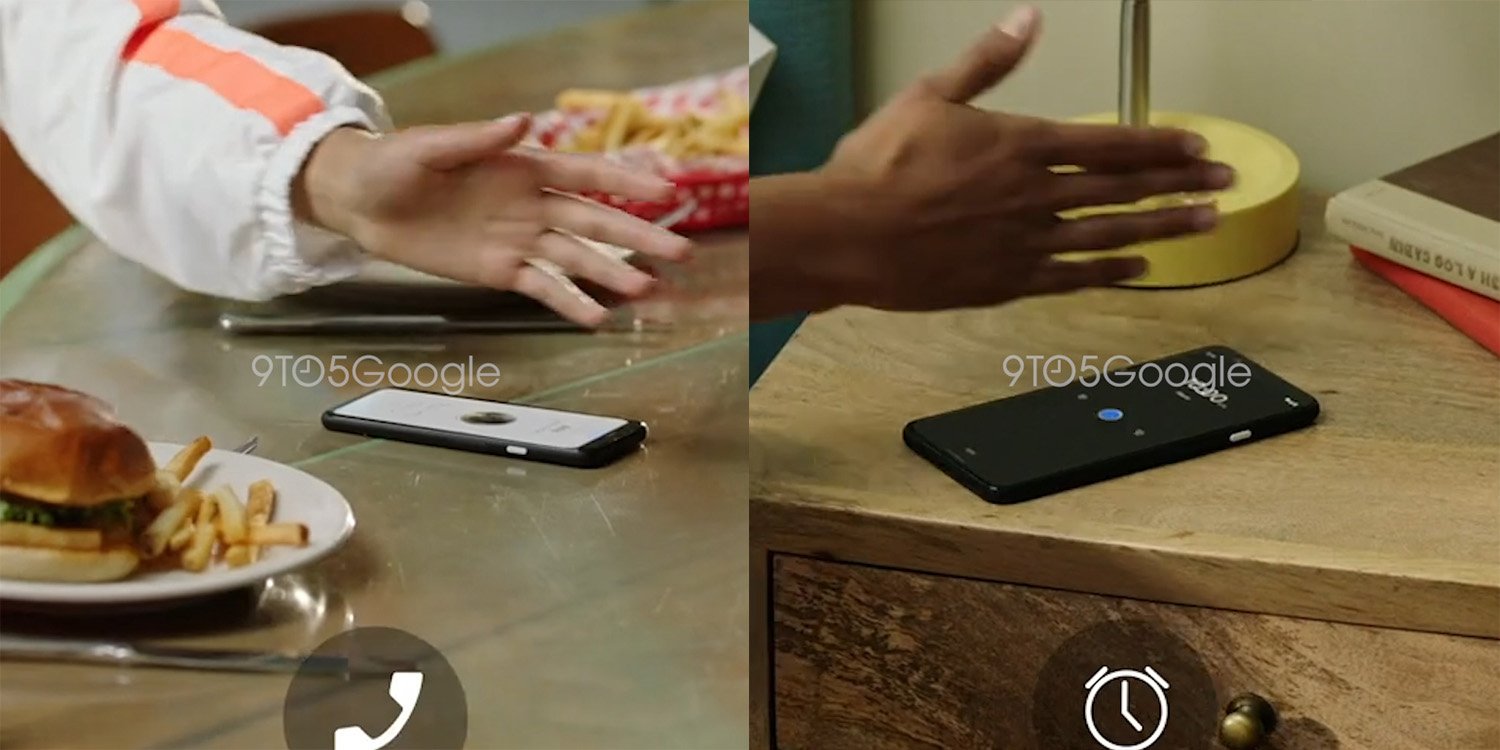 One of the key features of Google’s Pixel 4 will be the collection of new Soli-powered “Motion Sense” gestures. We’ve seen these gestures in some previous leaks, but now we’ve got a Google-made promo video that shows off how the various gestures will work.

As Google original detailed in a blog post, Motion Sense gestures on the Pixel 4 will have the ability to silence alarms and phone calls and also skip songs. Now, with this official promo video, we can show you exactly what that will look like.

For silencing alarms and phone calls, the gesture is as simple as you’d expect. The phone call option seems mindless enough to not even break a conversation as a quick wave over the phone turns off the ringer. As for the alarm, it seems like a swipe to either direction will snooze or turn off the alarm, although Google’s video only shows one of those actions.

As for skipping tracks, the promo video shows a husband and wife cooking while listening to YouTube Music on a Pixel 4. A swipe to the right skips the track forward.

Clearly, Google wants prospective Pixel 4 buyers to see how these gestures can be used in their daily lives. As we’ve seen in previous leaks, these various features will be completely optional and can be turned off in settings. We’ve also recently learned that Motion Sense won’t work in every country and might be restricted to only certain applications too. If you’re curious to know everything Motion Sense can do at launch, we’ve got a convenient explainer on the matter.

Along with Motion Sense on the Pixel 4, we’re expecting Google to announce new Pixel Buds, the Pixelbook Go, a second-generation “Nest Mini,” a new WiFi router, and more. We’ve got a full roundup of everything coming at the 10/15 event as well as a record of every other Pixel 4 leak that’s come out. Stay tuned as all the details unfold.

Here’s the full promo video for Motion Sense on the Pixel 4 as well.