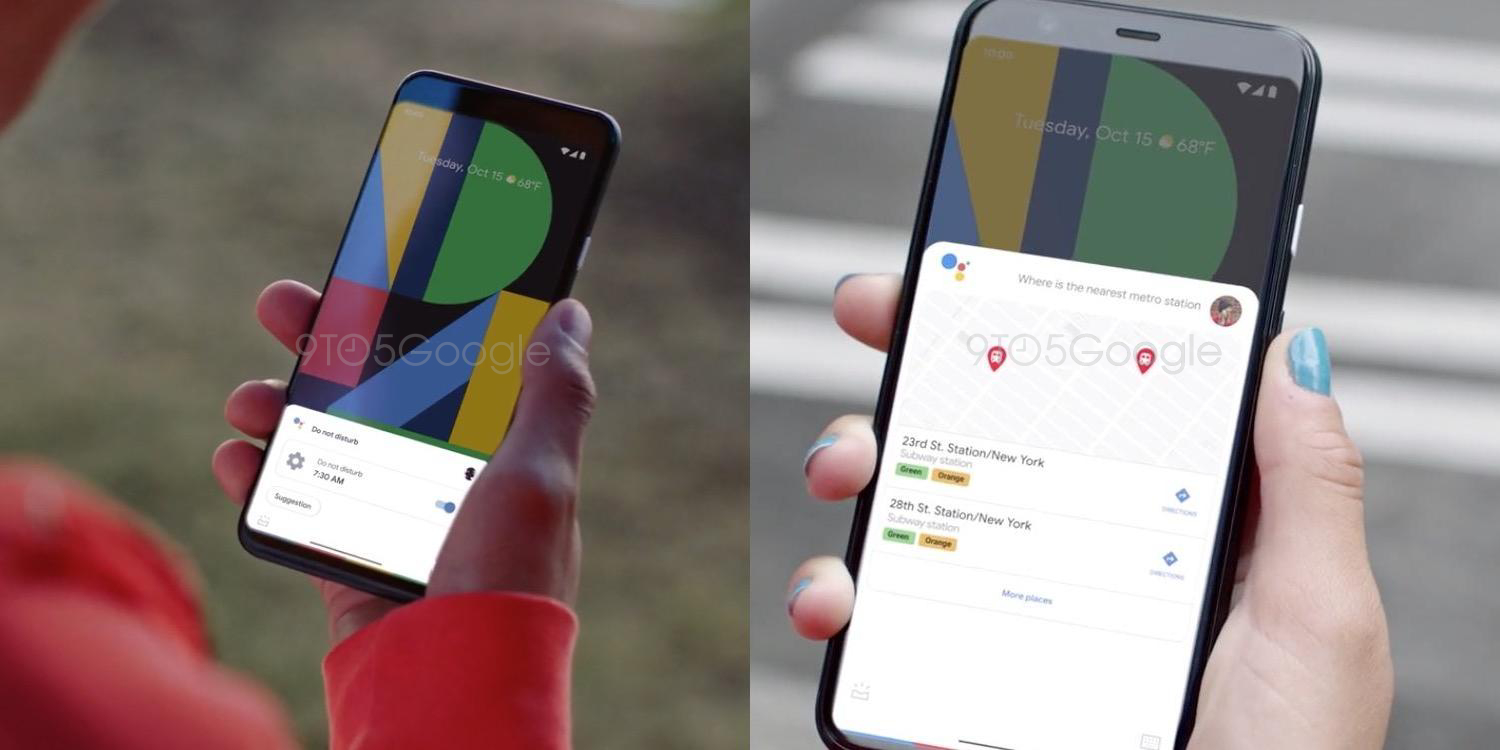 The first Pixel 4 tease from Google actually came during the I/O 2019 keynote. A “next generation Assistant” was demoed from a case-covered device, and officially teased as launching on the “next Pixel phones.” We now have an exclusive first look at the “new Google Assistant” that will debut on the Pixel 4.

Since May, Google has finalized Android 10 gesture navigation. Unfortunately, it’s incompatible with the next-gen Assistant UI shown off at I/O as there is no space in the nav bar to fit your transcript of commands.

Google’s solution, which has been A/B tested on existing devices in recent months, involves a shorter, transparent Assistant panel. There’s a shortcut to launch the full Assistant Updates feed at the left, and one for opening the keyboard in the right corner.

When you invoke “Hey Google” or squeeze with Active Edge, a Google-colored light bar fills in from the sides of the screen and meets at the bottom. Here’s a full look at the next-gen Assistant in action:

The colors move and bleed up onto the screen as you talk, with what you’re saying replacing the initial “Hi, how can I help?” prompt. An Assistant panel with what you’re asking then slides up. Google has also slightly tweaked this UI to be more compact. It no longer takes up the full screen, while your profile images always appears in the top-right.

Google is officially and publicly marketing the next generation Assistant as the “new Google Assistant.” In terms of capabilities, Google is highlighting the multitasking potential of just being able to ask your phone to complete actions. After the initial hotword or phone squeeze, you can just keep talking thanks to Continued Conversation. Brought over from Google Home and Smart Displays, it allows for back-to-back commands.

One interaction demoed shows a person getting a text about when their flight lands. They ask Assistant to show an itinerary and then proceed to have Google send back a text with the right time. Notably, you do not have to specify the recipient as Assistant remembers the context and what message conversation you’re in.

Another demo highlights using the new Google Assistant to control apps. Asking to see your recent images will open up Google Photos. You can then verbally refine the results. After opening one, you’ll be able to ask Assistant to send it, which will place the picture in a message.

Behind-the-scenes, the new Pixel 4 Assistant is powered by Google shrinking voice recognition and understanding models that were originally 100GB to just 0.5GB and moving them directly to the phone. Some commands like turning off Airplane Mode and the flashlight work offline. This allows for complex actions with zero latency.

Besides the Pixel 4 and Pixel 4 XL, Made by Google 2019 should also see the launch of a 2nd generation Nest Mini smart speaker, new Nest Wifi, and Pixelbook Go, as well as updated Pixel Buds. Be sure to check out our full roundup for all the details.