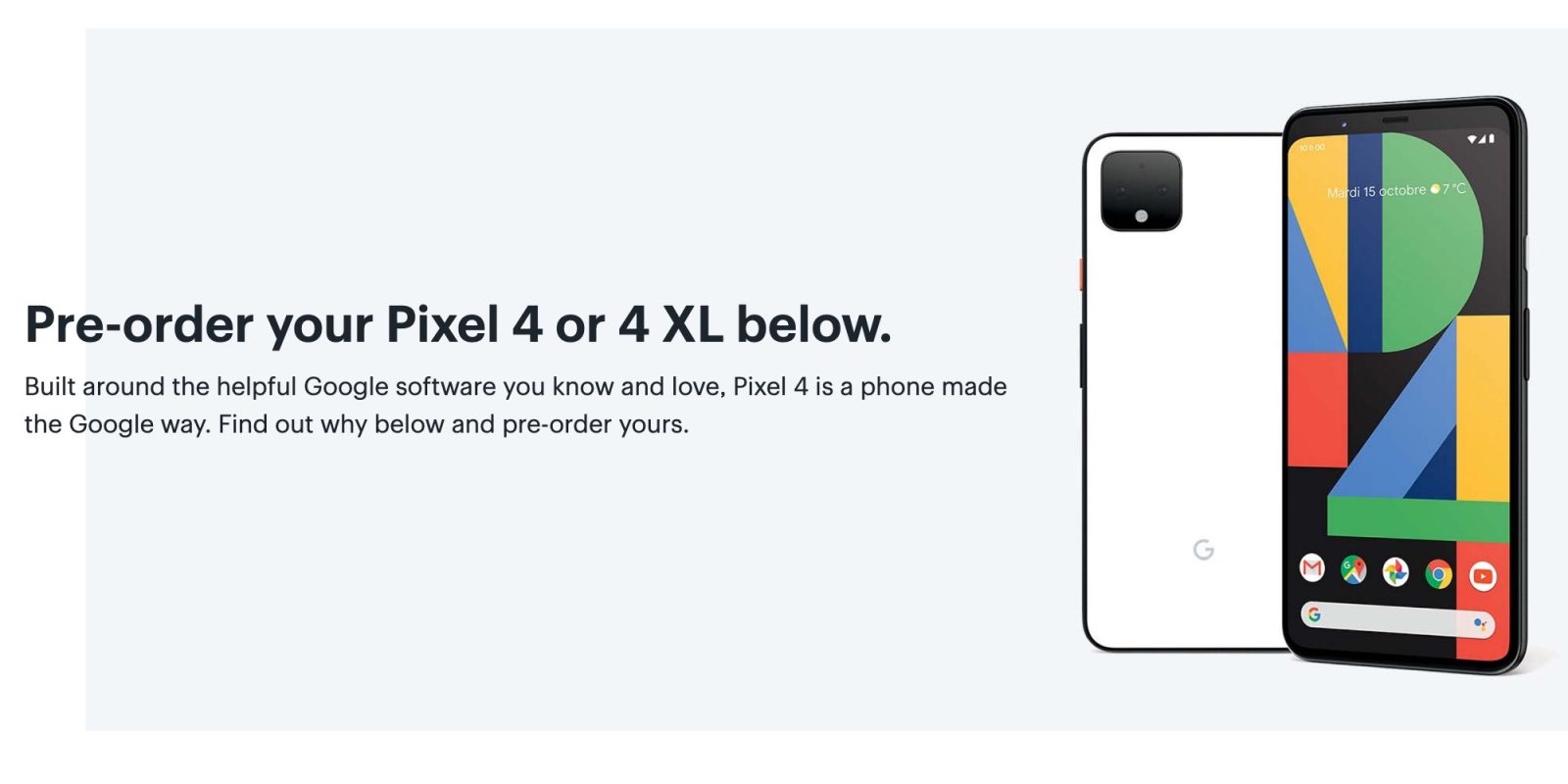 Despite the official announcement being on Tuesday, Best Buy in Canada has already listed the Pixel 4 and Pixel 4 XL for pre-order. A dedicated product page notes the key features and specs, while also allowing buyers to place a deposit.

[Update 10/12: Best Buy Canada has unsurprisingly removed the site, but we’ve captured the relevant portions below.] The official marketing copy for the Pixel 4 and Pixel 4 XL heavily emphasizes that this is a phone by Google:

Built around the helpful Google software you know and love, Pixel 4 is a phone made the Google way.

There are four “Pixel perfect” bullet points. Starting with the camera, Google touts the “software in Pixel 4” as helping you take “studio-like photos anywhere” in a point-and-shoot manner. The redesigned Google Camera 7.1 with a cleaner interface is shown off.

There’s nothing new to learn and no editing required. Just point at what you want to capture, and your Pixel will help you get a fantastic shot, every time.

The next photography highlight suggests unlimited “original quality” storage in Google Photos, but oddly shows a Pixel 3a that only offers “high quality” compressed backups not at full resolution.

Update 10/14: On event eve, the UK’s Carphone Warehouse (via Android Police) has posted and quickly removed a page similar to Best Buy’s. It’s nearly identical, but there is no mention of unlimited original Google Photos backup. Previously reported tidbits collaborated by the retailer include:

Meanwhile, Quick Gestures through Soli are touted as a “new way to control your phone.”

Pixel 4 has Quick Gestures, letting you get things done without having to touch your phone. Which is actually pretty great for when you’re cooking or enjoying your favourite tacos.

The last point is Assistant, which is accessible via Active Edge or the Hey Google hotword. There is no explicit reference to the next-generation Assistant, though the functionality is referenced: “Send texts, get directions, and even plan your day, all from the palm of your hand.”

Full specifications are listed with a direct comparison to the Google Pixel 3 XL. The dual-rear cameras come in at 12 and 16MP with 4K video capture, while there is a 8MP front-facer for 1080p. The 90Hz “Smooth Display” is found on the 5.7-inch Full HD+ or 6.3-inch Quad HD+ OLED. There is a 900 mAh difference between the 2,800 mAh Pixel 4 and 3,700 mAh 4 XL. Also confirmed is the Snapdragon 855 with 6GB of RAM, though only the 64GB capacity is available for pre-order. It should also be available in 128GB. 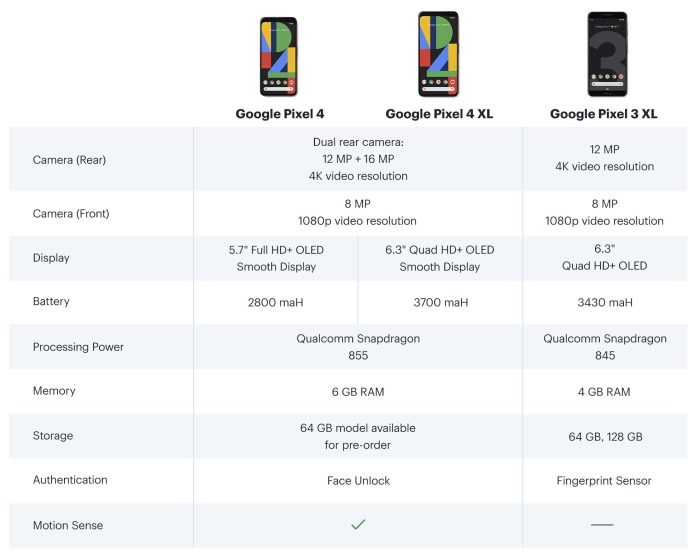 This Pixel 4 specs leak by Best Buy will likely be removed, but customers this evening are able to place a CAD$50 deposit to reserve a unit at a local store from six different carriers. The Canadian retailer offers Just Black and Clearly White, but not Oh So Orange. While the full price is not listed here, details have previously leaked. 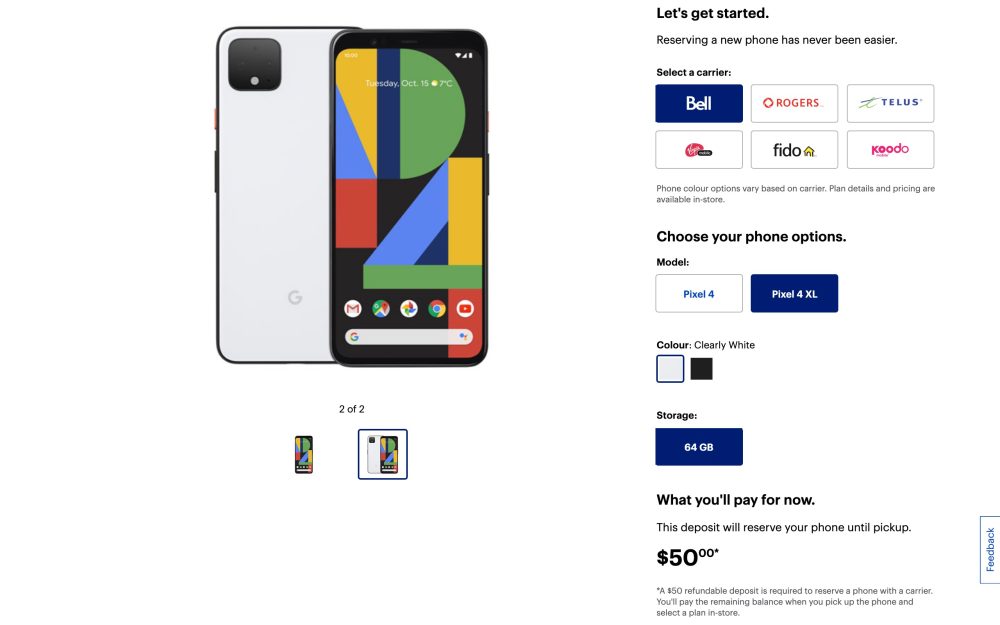