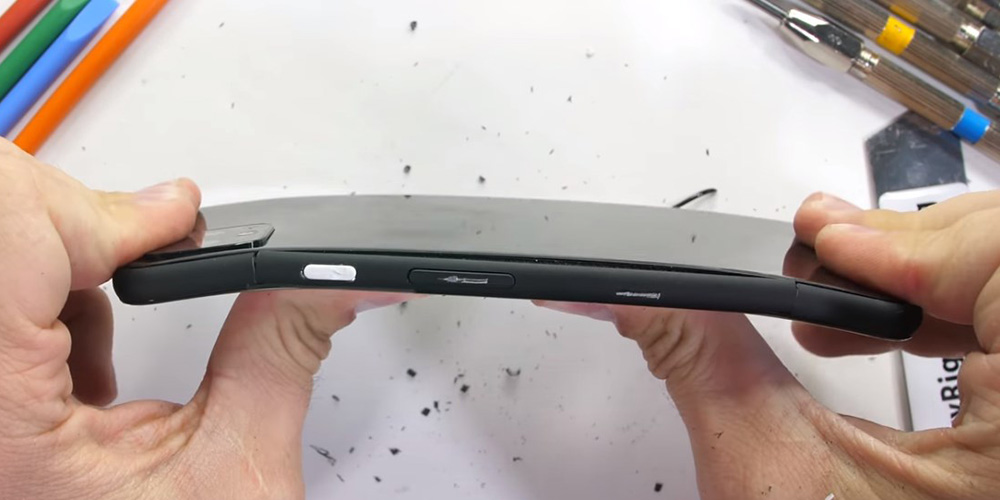 With every new flagship smartphone that hits the market, YouTuber JerryRigEverything puts the device through a torture test that includes knives, scratches, and literal flames too. As one might hope, Google’s Pixel 4 XL survived that torture test, but it came out with some concerning cracks.

From the start Google’s Pixel 4 XL actually holds up fairly well in this test. The device and its Gorilla Glass 5 coating held up just as well as any other flagship smartphone. The “matte” border along the side rails of the device was easy to remove with a knife, but it showed the metal frame hidden underneath. Plus, the device held up to the YouTuber’s constant mocking too.

However, where it failed was actually somewhat unexpected. In the usual bend test, the Pixel 4’s frame cracked. On the first bend, the frame cracked just below the camera housing and following that, it cracked in three other locations around the frame. The device did continue to function despite the damage, though.

What’s the cause of these cracks on the Pixel 4? Scraping off some of the black paint reveals the device’s antenna lines which, presumably, aren’t reinforced inside of the device. It’s certainly an oversight, but it’s hard to imagine most people are going to run into this problem in general usage.