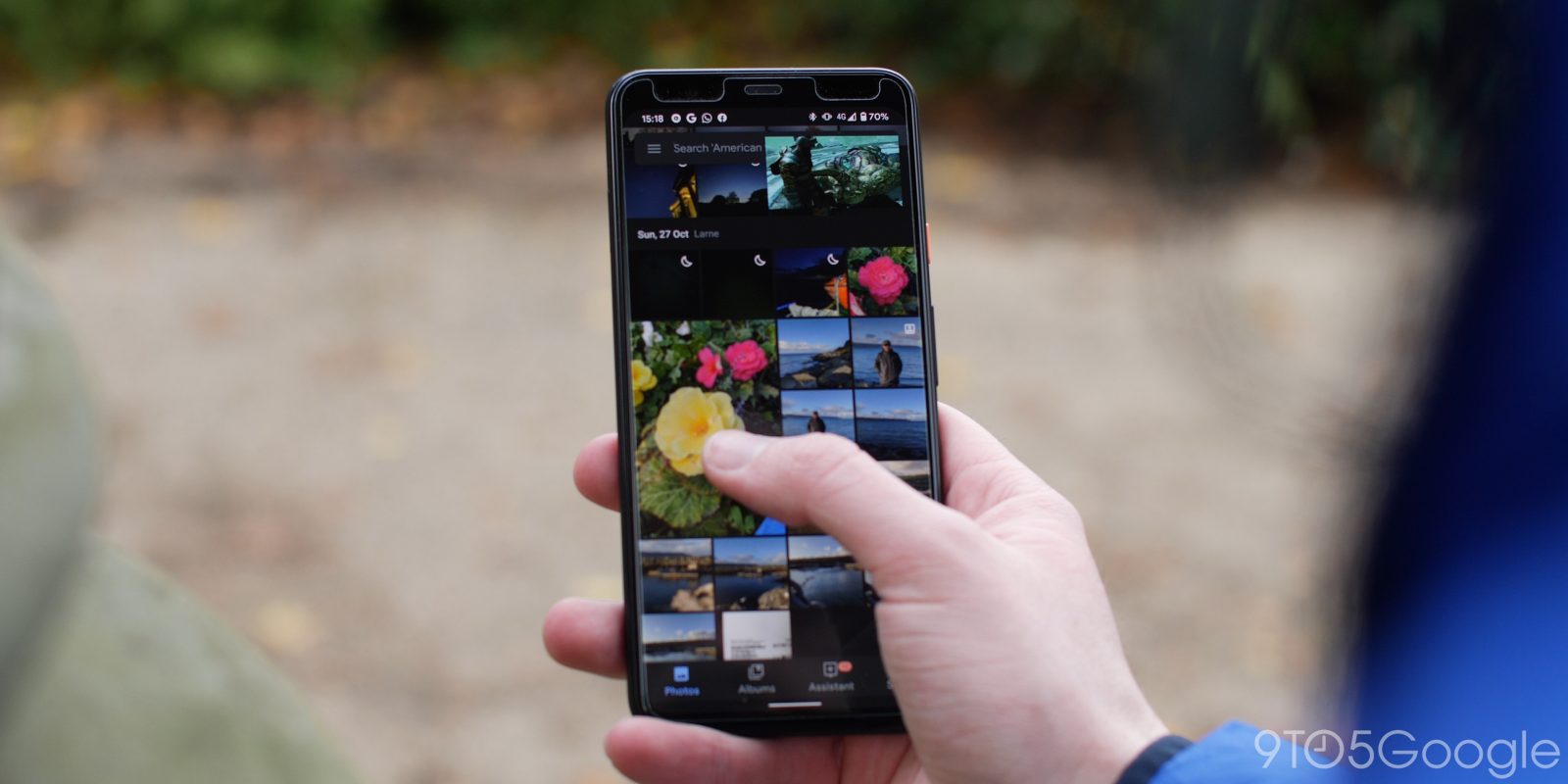 First spotted in September, Google Photos for Android is now widely rolling out a redesigned bottom sheet menu for viewing image info and taking actions. It replaces the old overflow implementation for a much cleaner and more centralized interface.

The actual screen when viewing a photo is unchanged. However, tapping the overflow button in the top-right corner slides up the Info panel rather than opening a long menu with nine items.

Also accessible by swiping up, there is now a carousel at the top of this bottom sheet with the same actions: Add to album, Move to archive, Delete from device, Order photo, Use as, Slideshow, and Print. Each is accompanied by a descriptive Material Theme icon and large touch target.

The EXIF data that appears below has been slightly tweaked. The day, date, and time is now on one line, with the description field underneath. The “Location” map with coordinates is next. “Details” like file name, size, resolution, and megapixel count —  along with device details —  is now at the very bottom.

This Google Photos menu redesign is more widely rolling out — compared to September — with version 4.30 of the Android app from the Play Store this afternoon. There were some reports of it hitting devices running 4.29 over the weekend, thus suggesting this is a server-side introduction. It’s already available on iOS, and live on several devices we checked after updating today.