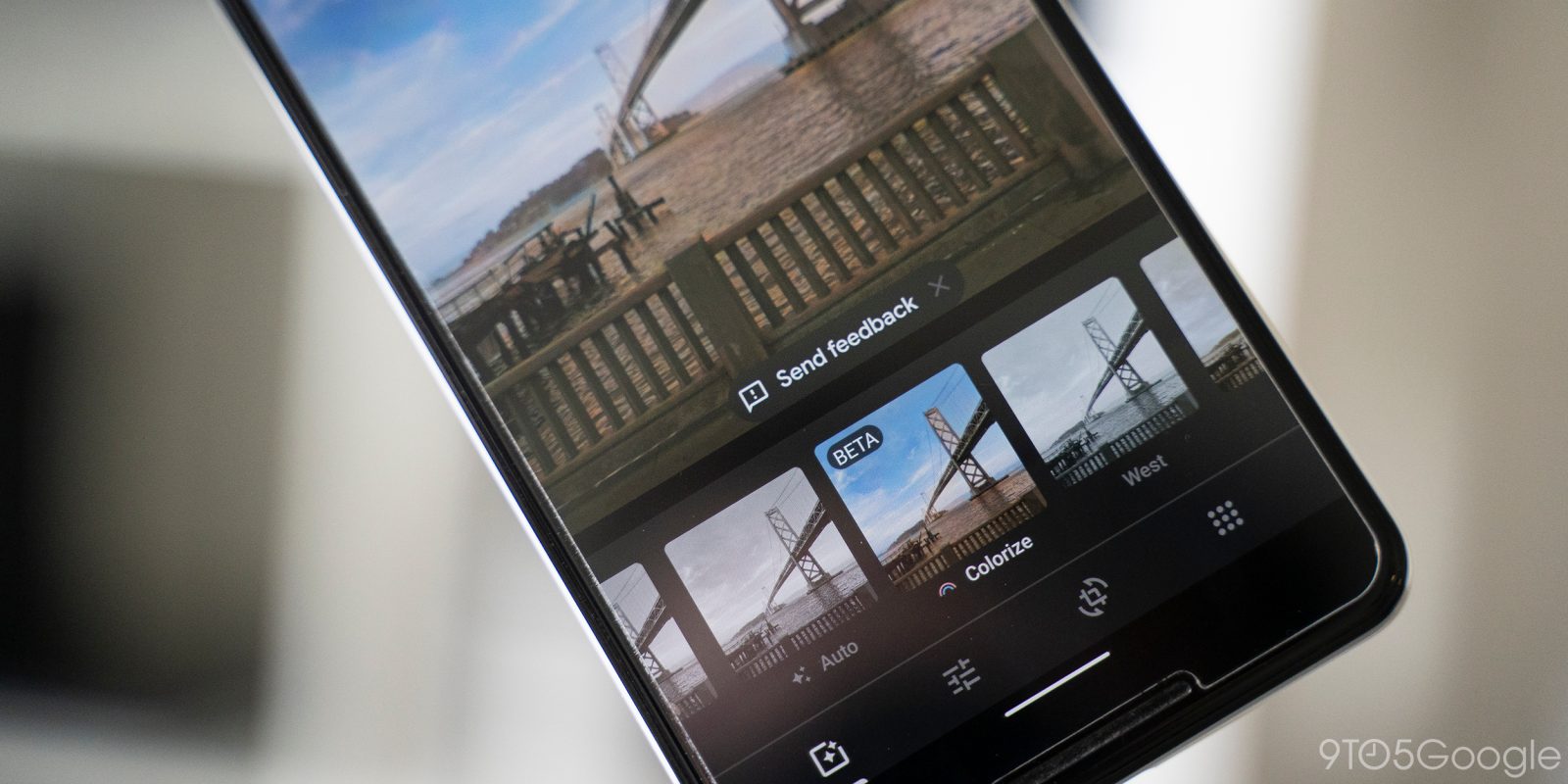 Back at I/O 2018, Sundar Pichai showed Google Photos re-creating a black-and-white photo in color. This May, the Google Photos team provided an update saying that “Colorize” is still on track. Today, we’ve enabled a beta of the filter.

The Google CEO framed Colorize as AI delivering delightful, “unexpected moments.” Originally scheduled to roll out “over the next couple of months,” the filter clearly missed that deadline. Back in May, Google said that “it’s in the works” and that the Photos team “just didn’t want to rush it.”

Or if you happen to have a very special memory. Something in black-and-white of your mother and grandmother, we can re-create that moment in color and make that moment even more real and special.

In August, we spotted a beta in development with Google officially describing the Colorize feature as “analyz[ing] black and white photos and add[ing] color.” With Google Photos 4.26 today, we have fully enabled the functionality.

Photos will automatically recognize when you edit a black-and-white picture. Colorize — labeled as a “BETA” in the upper-left corner of the thumbnail preview — will appear after the Original and Auto filter in the first tab. It features a rainbow icon at the bottom, with the app warning you about the status of the feature.

In our brief usage, we’ve noticed how you must first upload an image to Google Photos before the Colorize filter works, suggesting that processing is currently done server-side, rather than on device. The entire process took a few seconds.

While the thumbnail preview is available immediately, you might encounter a “Colorizing your photo” overlay. Once complete, there is a “Send feedback” pill at the bottom of the editing window.

After testing with a handful of images, we’ve noticed how Google Photos has a tendency to go for an older, vintage look. We ran the original images below through Snapseed’s B&W mode before having to Colorize filter it.