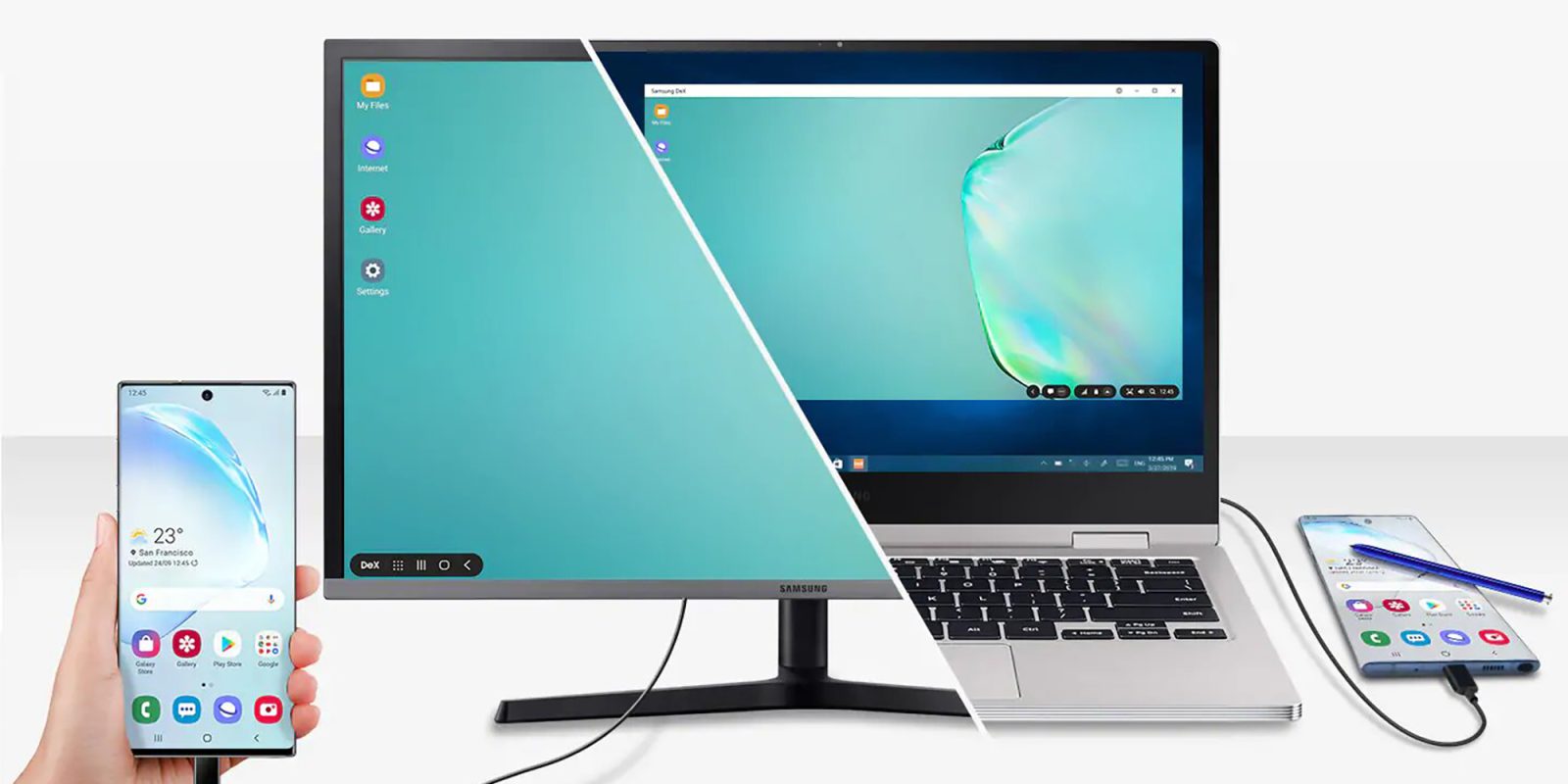 While we are still a little far away from using an Android phone — or indeed any other smartphone — as a roving mobile office or desktop, the Samsung DeX docking station offers a great taste.

You initially had to buy a docking station to use your smartphone as your makeshift desktop machine on a monitor or display. Then, with the Note 9, you could use a USB-C to HDMI cable. Should you have the new Galaxy Note 10, you’re now able to launch and use DeX by using a dedicated Windows and Mac application (via Android Police).

[Update 01/06]: If you have the Galaxy S9 and Note 9, you’ll be pleased to hear that you can now use DeX for PC on your former flagship (via SamMobile). There was no explicit confirmation from Samsung that these devices would receive support for the mobile desktop hybrid but it appears that now you can plug your S9 and Note 9 right into your PC and run the not-quite-a-desktop replacement.

You don’t even need the Android 10 update to use DeX for Windows on your device either. Just install on your PC, plug in your device and fire the newly installed app up.

[Update 08/22]: The download page is now live just in time for the release of the Note 10 and Note 10+. If you were curious about installing DeX on your Mac or Windows machine you can find the official download links below:

The only caveat is that this still requires a USB-C cable connection to your PC, but really does give you much more flexibility of using DeX as a piece of software running on your machine rather than a standalone OS.

While a wired connection is still needed, it gives us hope that Samsung might eventually be able to rid of us of the wire entirely and connect wirelessly. You can already manage text messages, calls, and notifications on your PC with the Link to Windows feature that is new on the Note 10. This doesn’t replicate the proper DeX desktop, though.

At the moment, it appears that DeX for Windows and Mac only works on the recently revealed Note 10. There is no support for the Galaxy S10 and S10+ at the moment, it seems. Given just how similar the internals are on the Note 10 and S10, hopefully, Samsung can add support soon.

For those of you that want to be able to use DeX while running PC or Mac apps at the same time, this is quite a nice little addition to the system. I can’t say I would do so personally, but it could be really helpful if you want to work on files on your Note 10 on a big screen but lack the USB-C to HDMI hardware.