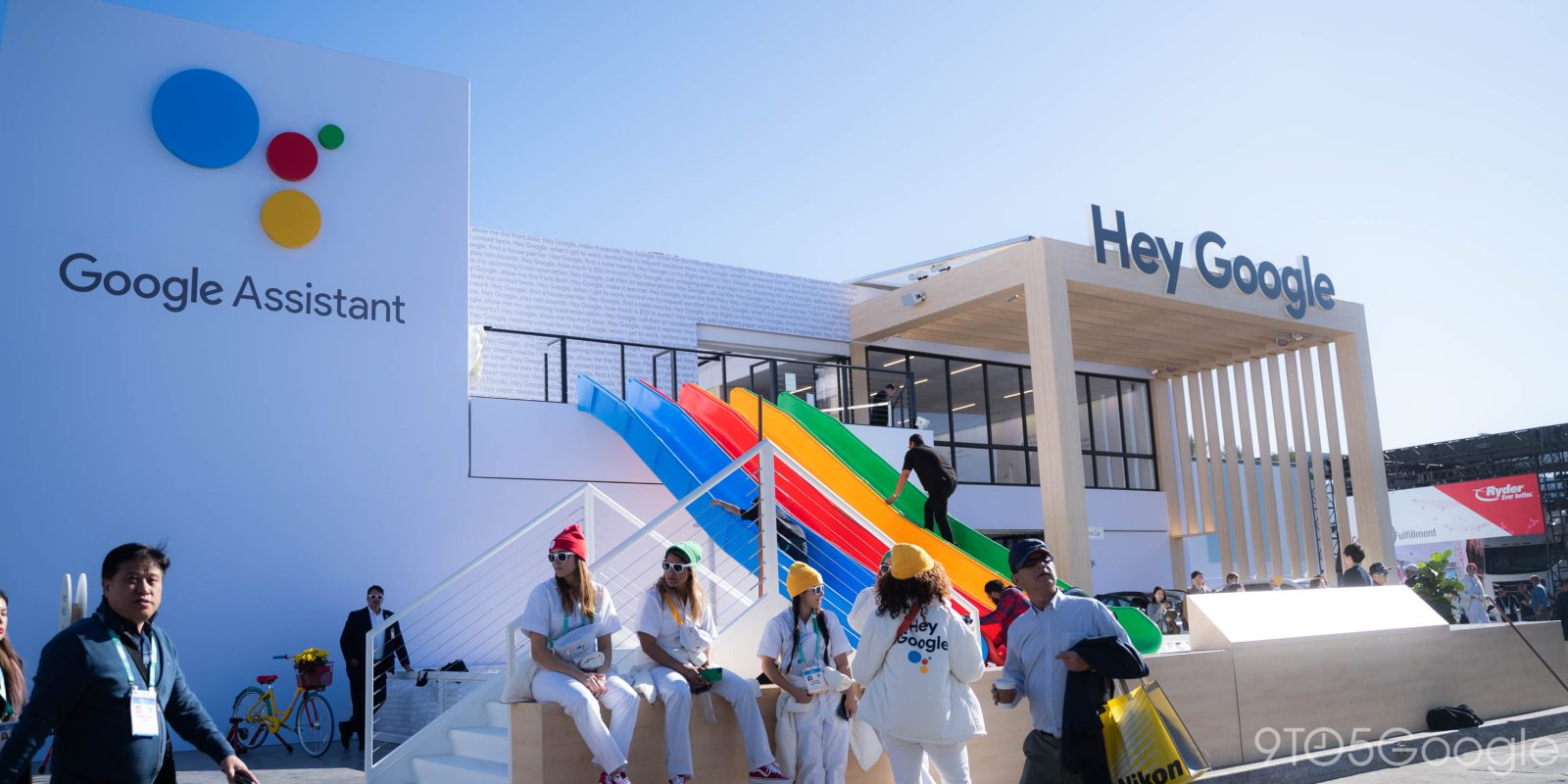 Over the past few years, Google has had an increasingly large presence at CES. In the new decade, things aren’t changing, with Google delivering another huge booth at CES 2020, tons of products held within, a strong focus on Google Assistant, and a fun experience to demo it.

On its opening day, we were able to get into the Google booth early to hear about some new announcements for Assistant in the coming year, including sticky notes for smart displays, Assistant reading what’s on your screen, and more. Afterward, we were able to explore the booth.

As per usual, the Google booth was absolutely flooded with products that work with Assistant. There was a wall of Android smartphones and Wear OS smartwatches as well as Android TVs, soundbars, smart home lighting products, and much more. Some new products such as speakers from Belkin and Konka, new Wear OS smartwatches, and new phones from TCL and other brands showed up at the booth, too. In the middle of the room, there are also some Nest Hub and Pixel 4 experiences to show off Assistant.

Our experience at the booth started at the back with a quick demo of Android Auto. First, that was in a BMW, which was using Wireless Android Auto, something the brand has just recently adopted. Next, we moved over to a Volvo XC40, which is using a native version of Android Auto that expands to more of the vehicle. Its interface is different, but it supports many of the same apps and functions alongside being able to control the climate and show navigation behind the steering wheel.

Upstairs, though, is where all the real fun is for the Google CES 2020 booth with the “Google Assistant Journey.” In a sharp turn away from last year’s roller coaster, the 2020 version of this experience was called “Change of Plans” and is a fun, interactive experience.

An enthusiastic “tour guide” leads you through the experience where you’ll live the life of a person on the hunt for a reservation to try out a dish called “Bacon and Brussels Burrata di Bufala Risotto Burrito.” The name of that dish is absolutely ridiculous, only hinting at the fun tour to come.

In the first two rooms, those who enter see loads of Google Assistant hardware as they follow a story of a woman going to try out this dish. As you get in the “car” in the second room, things take a turn for the worse as the plans change and “you” decide to instead have the group of friends to your own home where you make the dish from scratch. 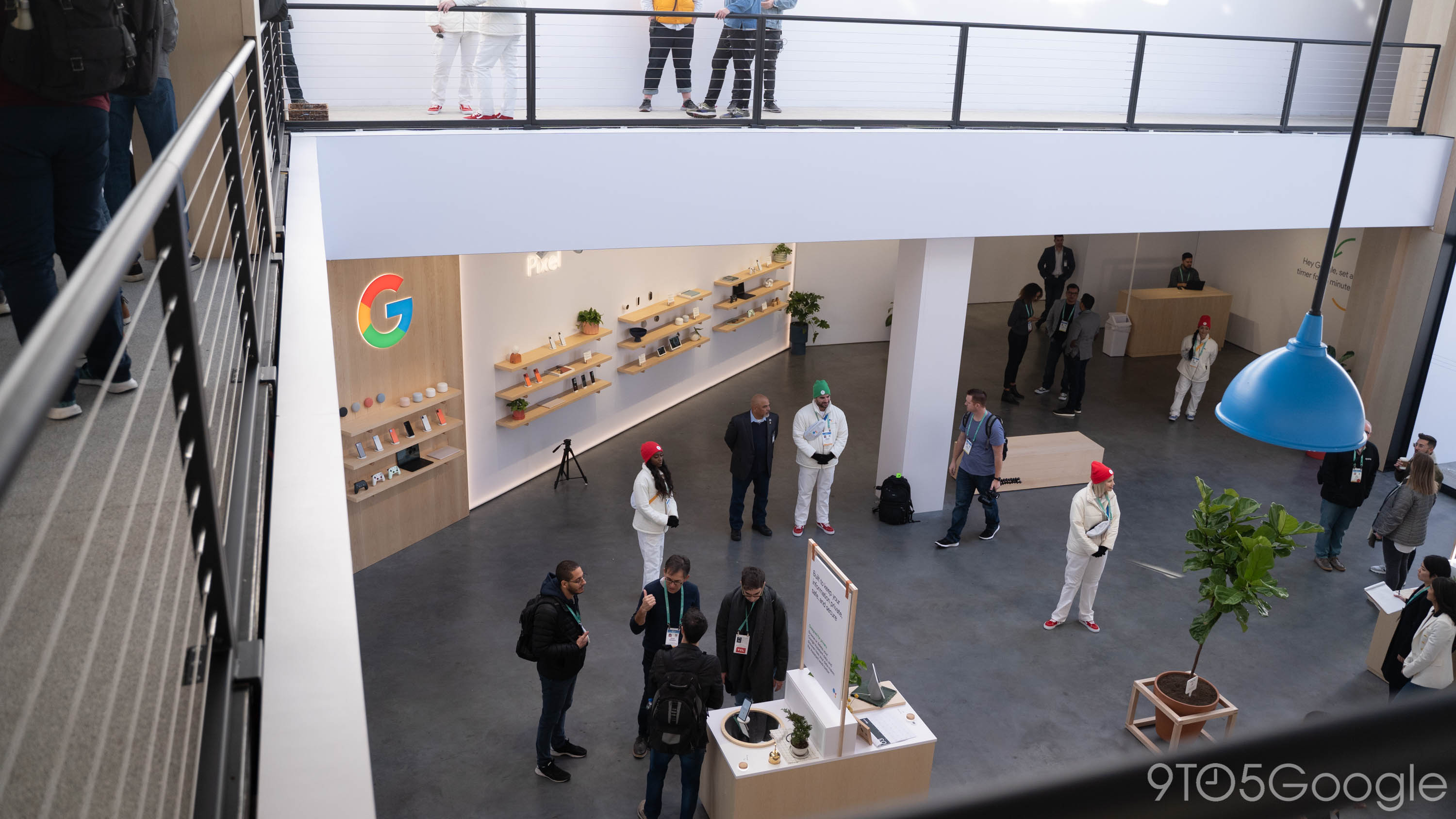 Throughout all of this, a disembodied voice is narrating the experience with some sarcastic quips and overacted lines, but it’s not until the third room that you realize this is an actual person guiding you through the experience. They ask, “Does anyone know how to cook?” or in my group, single out a specific person to find out if they know how to make Bacon and Brussels Burrata di Bufala Risotto Burrito. Obviously they did not.

From there, you’ll enter a faux grocery store with a Pixel 4 on display to help find the ingredients for the recipe. It was at this point that Google’s plan came to fruition with me as I had to say aloud, “Hey Google, find a recipe for Bacon and Brussels Burrata di Bufala Risotto Burrito.” I failed.

By the way, Google actually partnered with Tasty to make a recipe for this ridiculous dish.

After the ingredients are ready, you’ll ask that Pixel 4 to preheat the oven and then, once at the door, unlock it using the Assistant. Throughout this entire experience, the narrator is giving snarky comments to make things light-hearted and enjoyable, but things really went over the top with the nice touch of a “Hi, I’m Mat” doormat.

In the kitchen, a few more commands are given by your group of six including chilling a bottle of champagne in a connected fridge, making rice with an Instant Pot, running a food processor, and even using one of those connected water faucets. Finally, the Bacon and Brussels Burrata di Bufala Risotto Burrito is ready, and the dining room table flips over to reveal the dish just in time for Jen, “your” friend through this journey to show up on a Nest Hello at the front door.

While the lengthy wait for Google’s Assistant journey probably won’t be worth the wait for everyone, it’s a fun few minutes of chuckles and, frankly, some clever tech demos. It’d actually be really cool if Google made this sort of experience available at pop-up shops in the future, because this sort of thing would be much more impactful on the general public versus the tech-savvy crowd of CES. 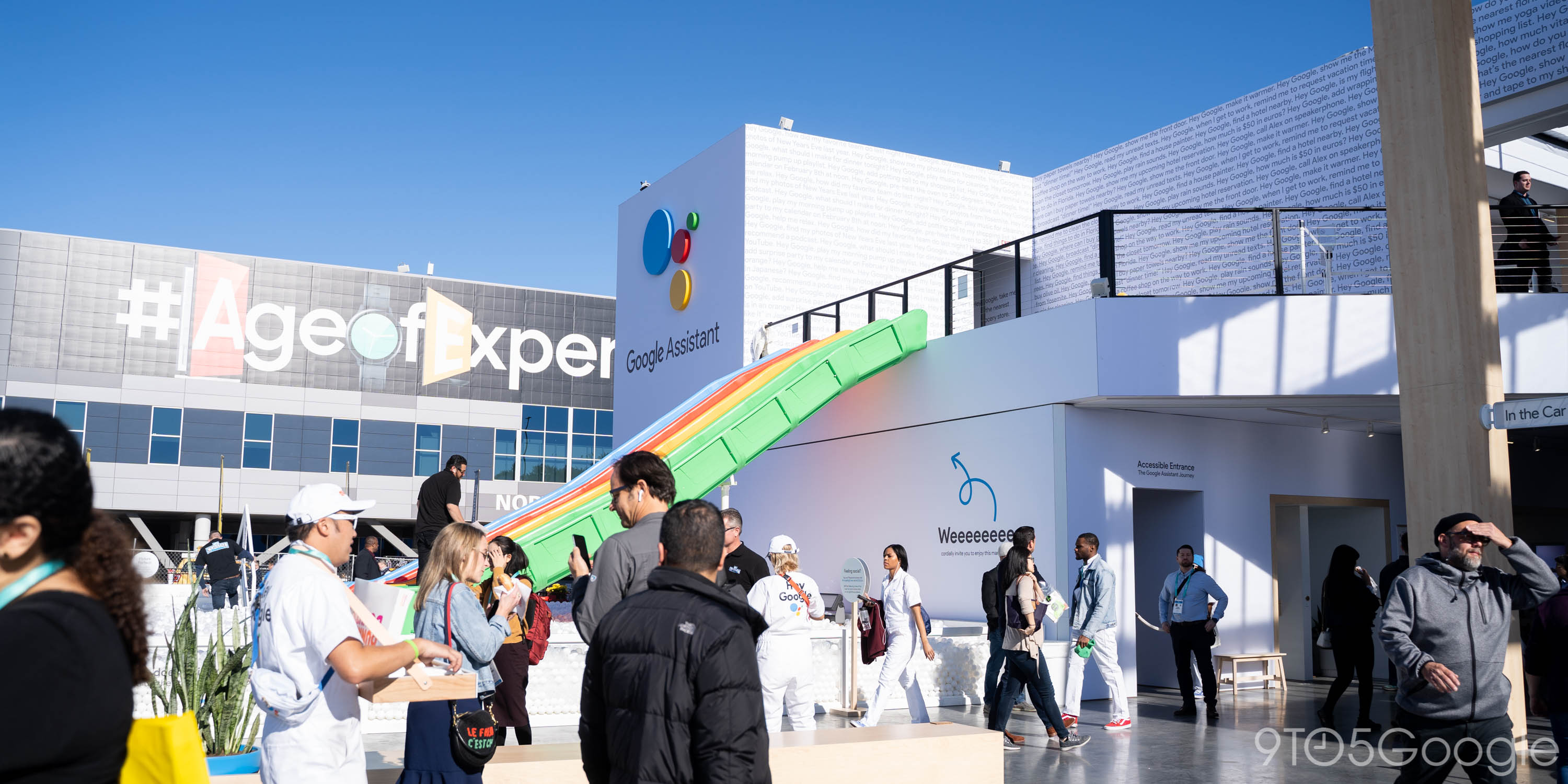 At the back of the Google CES 2020 booth, there’s a huge, very fun slide that leads into a ball pit, but we’ll have more to say on that soon…