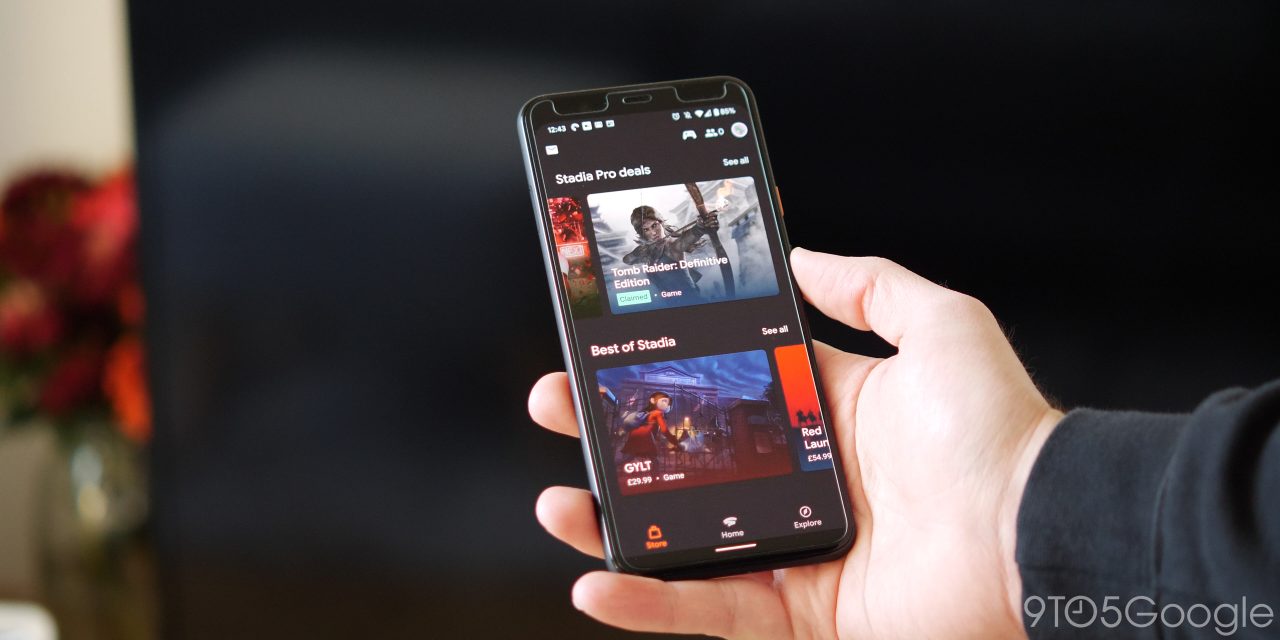 Once Google began adding new games to its streaming platform, a bug quickly emerged with the Stadia Store not properly sorting titles. Fortunately, the “Last added” filter now works to show “All games” by when they were launched on the service.

To access, visit the Store on Android, iOS, or the web, and then scroll down to the very bottom for “All games.” “See all” in the top right lets you browse more than just the online grid and mobile carousel.

The “Sort by” dropdown has options like “Title,” “Price,” and “Age rating.” “Last added” (or “Newest to older” in Chrome) now works as intended. Previously, the four most recently introduced titles (Darksiders Genesis, Dragon Ball Xenoverse 2, Borderlands 3, and Ghost Recon Breakpoint) were oddly mixed in with the original 22 releases.

It’s somewhat interesting to see how those launch day titles are sorted. Two Tomb Raiders titles are first, while Thumper, Final Fantasy XV, and Destiny 2 round out the first five.

Google confirmed this bug during a Community Round-Up just before the December holidays, and said that a fix was en route. Another “Known issue” in the works is for hitting the friend cap.

This fix for the Stadia Last added games filter makes it easier to browse the Stadia Store, given the lack of search. At 26 titles, that’s beginning to push the usability of a carousel-only approach.