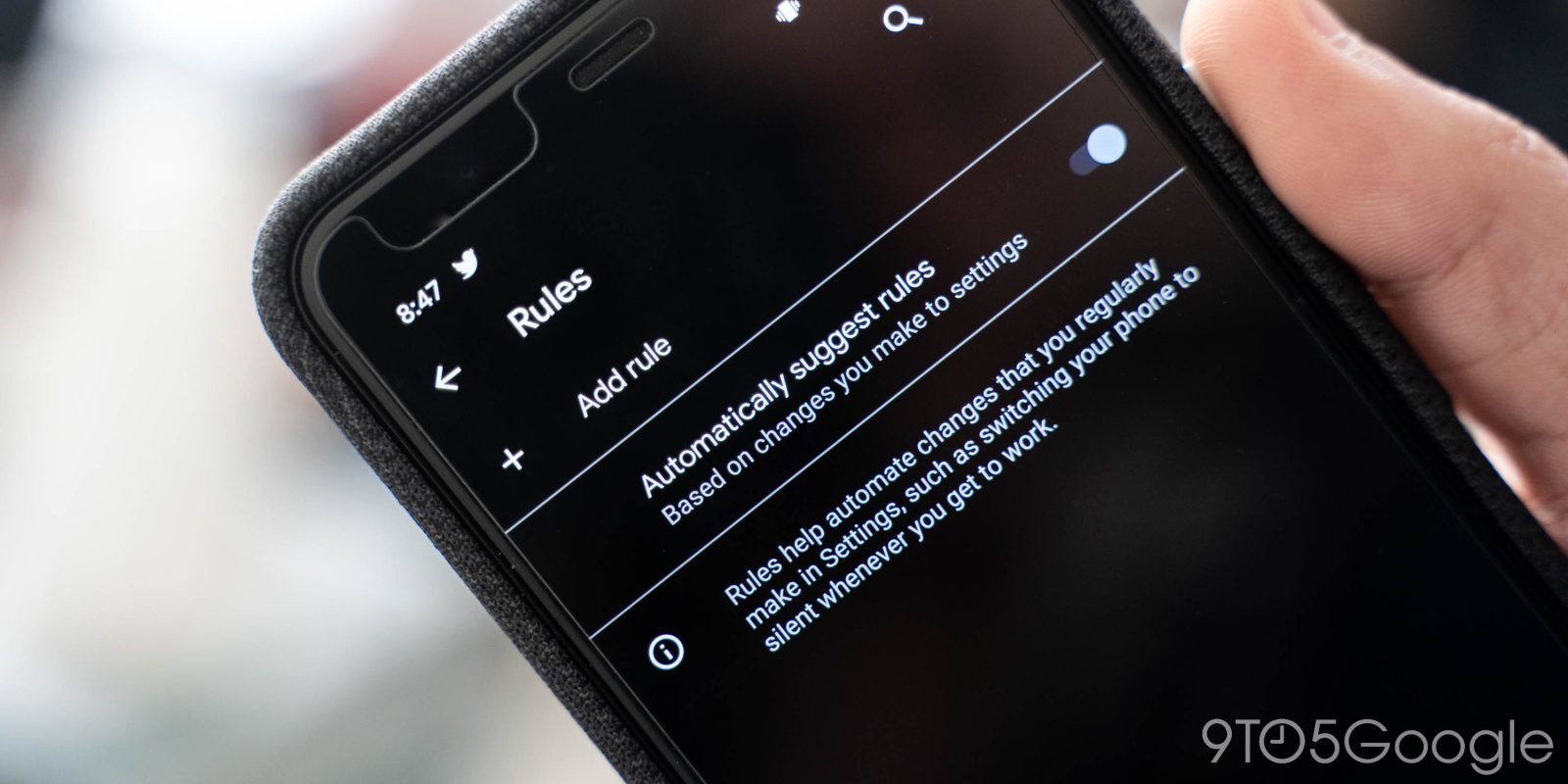 For quite some time, Android has been teasing trigger-based settings by the name of “Rules.” We thought that’d be available widely in Android 10, but Google never launched the feature. Now, Android’s “Rules” are starting to show up on a lot of Google Pixel devices, hinting they might be included in the next “Feature Drop.”

So, what exactly are “Rules.” Essentially, this feature allows users to use a trigger to fire off a function in the settings automatically. If you’ve ever used the powerful, albeit complicated app Tasker, you’re probably familiar with this idea.

As it stands today, Google still hasn’t officially announced “Rules” for Android, but a lot more Google Pixel owners are seeing the feature pop up. Our friends over at Android Police had several tipsters get in touch regarding the feature going live on their device in the past 24 hours, and it silently went live on my Google Pixel 4 XL overnight as well! There have been reports of the feature appearing before, but they weren’t as widespread as this latest instance.

What can “Rules” do? Right now, it’s very limited. Triggers are restricted just to locations or Wi-Fi networks, but when those are used your device can switch its Do Not Disturb settings or the ringer. After a “Rule” fires, it sends a notification so you’re aware it was successful. Google also presents the option to automatically suggest “Rules” based on how you use your phone.

Are you seeing “Rules” on your Google Pixel or other Android devices? Let us know in the comments!