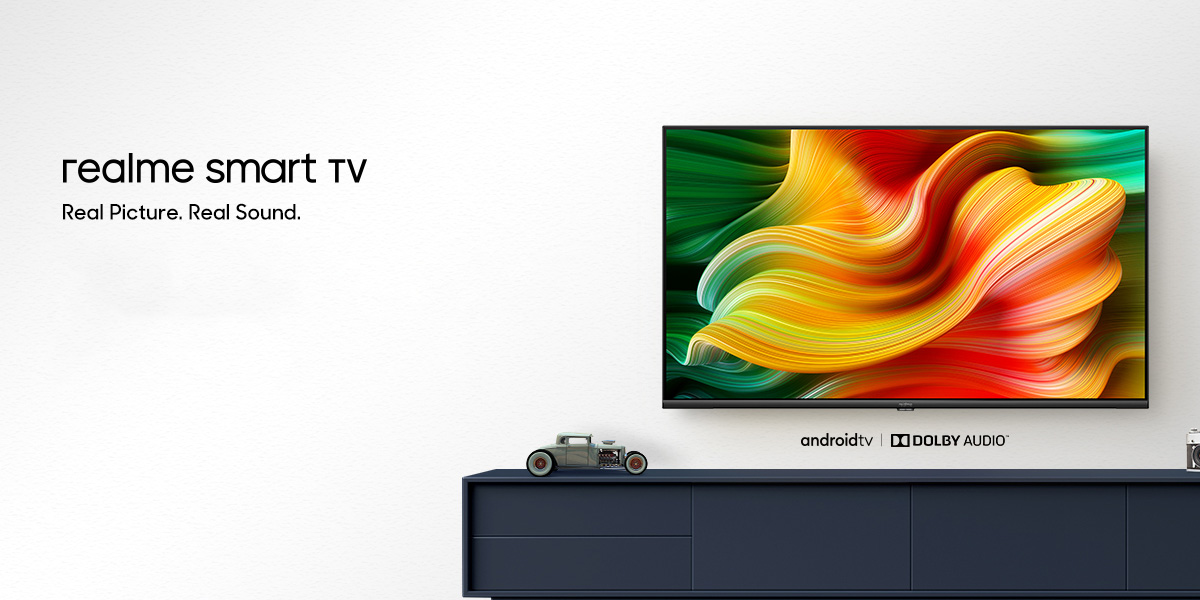 The Realme Smart TV lineup consists of just two models, one with a 32-inch HD panel and another with a 43-inch FHD (1080p) panel. Realme is using Android TV on both models that delivers support for Netflix, Prime Video, YouTube, and other apps from the Google Play Store, too. Realme also highlights the “Chroma Boost Picture Engine” that apparently lets the screen hit 400 nits of brightness. The panel also has quad speakers built in with 24W of power and Dolby Audio. Realme also launched a soundbar to go along with that.

Under the hood, though, specs aren’t especially impressive. There’s a quad-core MediaTek processor that ought to be fine, but it’s paired with just 1GB of RAM and 8GB of storage. That’s not exactly ideal for the platform.