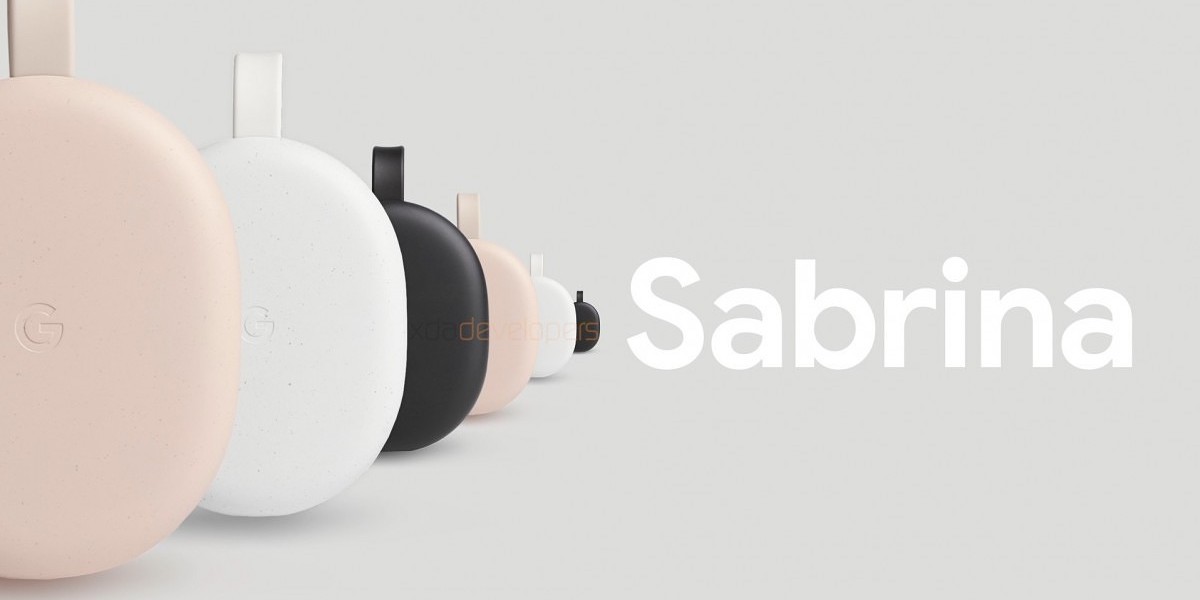 At the start of last month, we exclusively reported on Google’s plans for a new Chromecast Ultra based on Android TV. Subsequent reports described a content-focused revamp of the operating system, with new leaks today showing off the next Chromecast, its remote, and “Google TV’s” new look.

Marketing material acquired by XDA today shows a pebble-shaped puck that is slightly taller than the current Chromecast. A ‘G’ logo is embedded with three colors (black, white, and pink/sand) shown. The flat HDMI cable is also seen — though the connector is not — and similarly hued.

As we previously described, we see a “Remote Control” that’s very similar to the Daydream View’s. Up top is a circular D-pad, while six circular buttons are below. From today’s leak, we see a back, Assistant, home, star/favorite, play/pause, and volume mute.

Next up is a leak of the content-focused Android TV revamp, which we hear might be rebranded to Google TV when the Chromecast launches. The homescreen starts with a top bar where search is the top-left corner. This is followed by For you, Movies, TV, Live — more about what’s new here, Apps, and My Library. It’s rather similar to the current layout of the Play Store on Android TV.

Front and center is a cover image advertising Game of Thrones from HBO Now and other shows, while there’s a “Play next” carousel below. Another capability touted is the ability to “manage your home from your couch” with a “Noise detected” notification appearing in the bottom-left.

Update: The full marketing video reveals other tentpoles like “Optimized for Voice Control” — in addition to the remote — and “The best of Smart Displays now on the big screen,” which suggests the inspiration for the design and smart home functionality.

These graphics originate from a video that will play during the set-up process, while firmware that XDA also acquired suggests an Amlogic chip that supports Dolby Vision. Codenamed “sabrina,” the retail name for this device has yet to leak, thought Nest branding was suggested by Protocol last month.