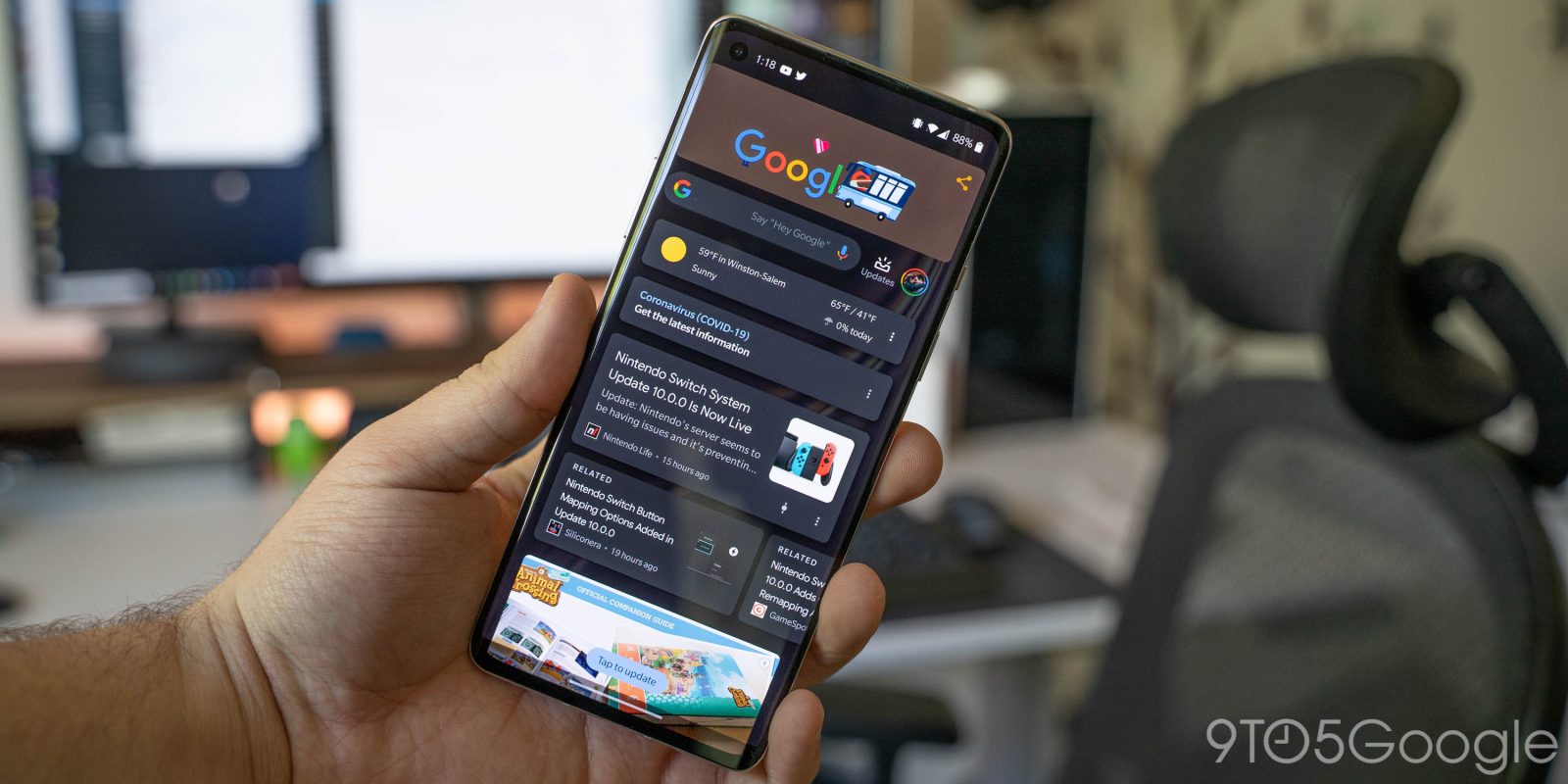 A bug with the latest Google app beta today sees the Discover feed available to the left of Android homescreens consistently crash. This issue affects both Google and non-Pixel devices.

Update 6/8: The Discover menu can be launched from the left of the homescreen with Google app 11.13.5.29 released early this morning.

Original 6/5: This crash only occurs in one specific circumstance. After swiping left to reach Discover, tapping the overflow button in the bottom-right corner of each card will immediately crash the Google app.

A system prompt might appear, but you could also suddenly find yourself on the homescreen. That menu lets users share or hide stories, express interest/disinterest, and “Report content.” You can still “Manage interests” by going to the More tab > Settings > Interests.

The More/Less control next to the overflow button interestingly still works, while you can also open webpages. To reload the homescreen feed after a crash, open the Google app via its icon.

This issue emerged with Google app 11.13, which rolled out this morning to the beta channel. It’s an unexpected release since version 11.12 launched earlier on Tuesday. It makes for two major updates this week.

We’ve encountered the crash on both Google and non-Pixel Android phones, like the OnePlus 8. The full Discover feed in the Google app does not have the same issue. It will presumably be resolved with a minor update in the coming days.