A little over seven years ago, Google revealed that it was working to provide internet via balloons floating in the stratosphere. Loon, now an independent Alphabet company, today announced its first commercial operation in partnership with an internet service provider in Kenya.

This is a first in many ways: the first non-emergency use of Loon to provide connectivity on a large-scale basis, the first application of balloon-powered internet in Africa, and the first of what will be many commercial deployments around the world.

Working with Telkom Kenya after testing last year, Loon is providing internet for a 50,000 square kilometer region that covers the “western and central parts of the country, including the areas of Iten, Eldoret, Baringo, Nakuru, Kakamega, Kisumu, Kisii, Bomet, Kericho, and Narok.”

For this initial coverage, 35 balloons are needed above eastern Africa. “Service availability will become more consistent” over the coming weeks as more vehicles are added.

In one test last month, Loon touts 18.9 Mbps download and 4.74 Mbps upload with 19 millisecond latency. Since testing began, Loon says 35,000 users have been connected via its balloons. These speeds allow for voice and video calls, video streaming, messaging, and web browsing.

With balloons, Loon wants to complement the existing ground (cell phone towers, fiber optic cables) and space-based (satellites) connectivity systems that it says has “failed to connect half the world’s population to the internet.”

We envision a similar, layered approach to connecting the world. Terrestrial, stratospheric, and space-based technologies will all work together to serve different parts of the globe and use-cases. The key will be coordinating these various solutions so they provide a seamless connection. 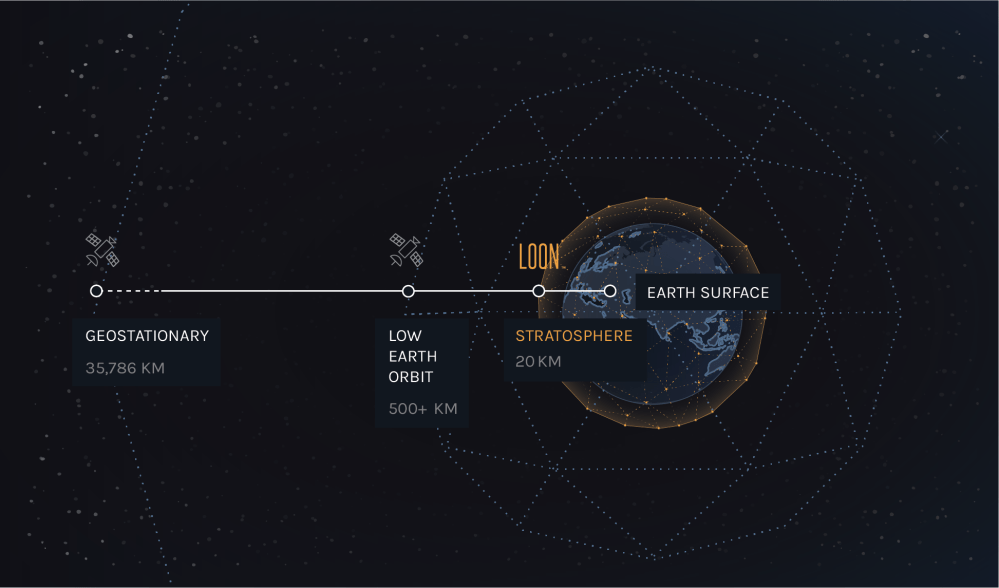