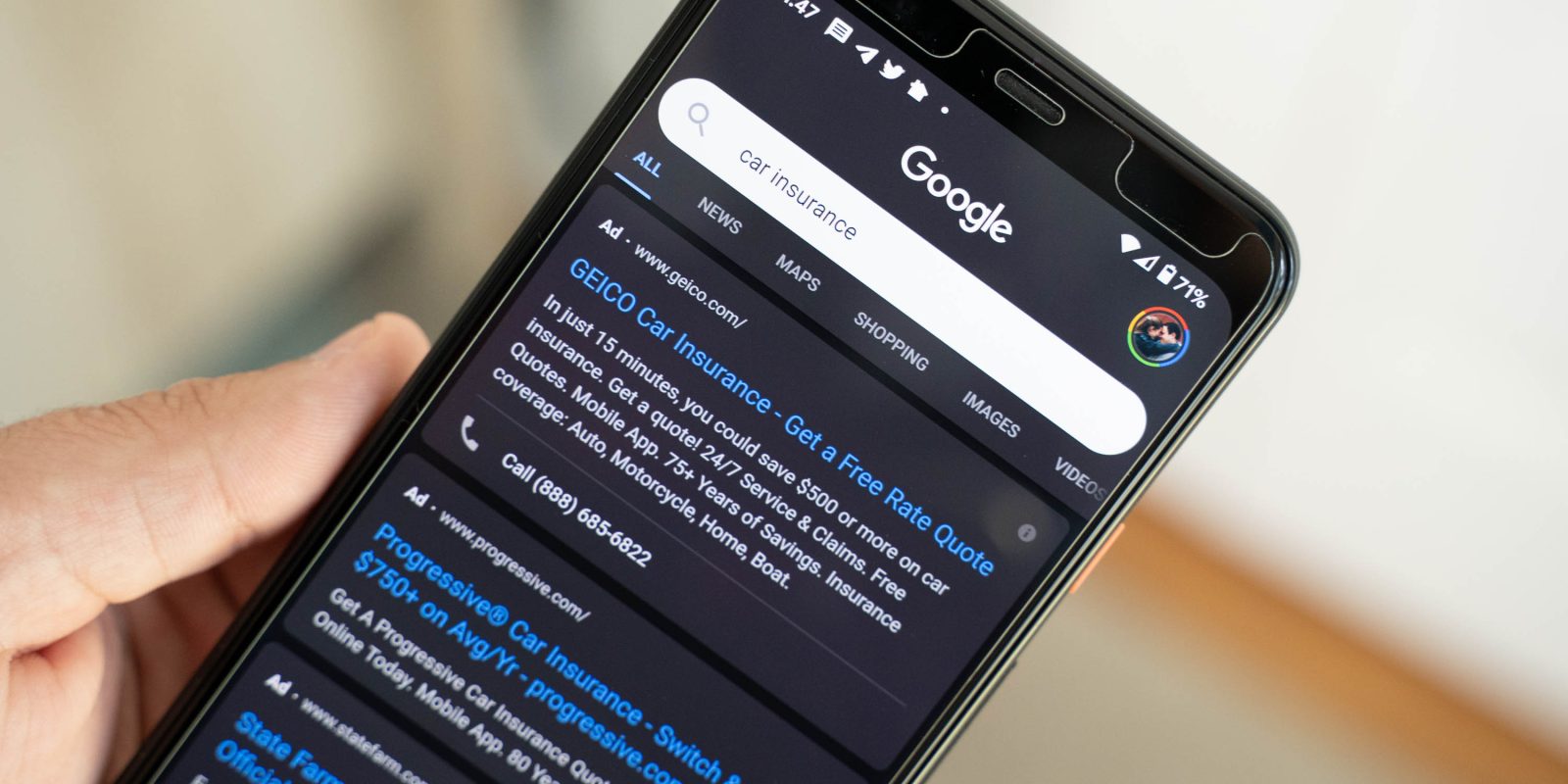 Google Search has ads that are often useful to customers, but it’s understandable that many are frustrated by them given how much dominance they can have over certain queries. Now, Google is testing bigger ad formats in Search.

First spotted by PPC Hubbub (via SearchEngineLand), Google appears to be testing a new ad format in search results which makes the text in these ads noticeably bigger. Ads show the first line in text that appears around 50% larger than other ads and native search results. Obviously, it’s something that grabs the attention of a searcher.

For the time being, this seems to just be a test. Personally, I wasn’t able to replicate it on any other my devices in the Google app or Chrome. In the test below, the top 4 ad slots all show the larger “headline,” while another test showed just the first ad with this format despite other ads being directly below it. Notably, the overall footprint of the ad block doesn’t seem to be affected by the larger text.

Advertisers would likely benefit from a higher click-through rate with this new format, but it’s easy to see that Google’s bottom line would benefit from that too.

The timing, too, isn’t great. While Google’s practice of prioritizing ads over native search results wasn’t directly under fire in yesterday’s hearing, Sundar Pichai was questioned several times regarding how Google services were often being pushed through Search results. Hopefully, this bigger ad format won’t ever apply to Google’s services.