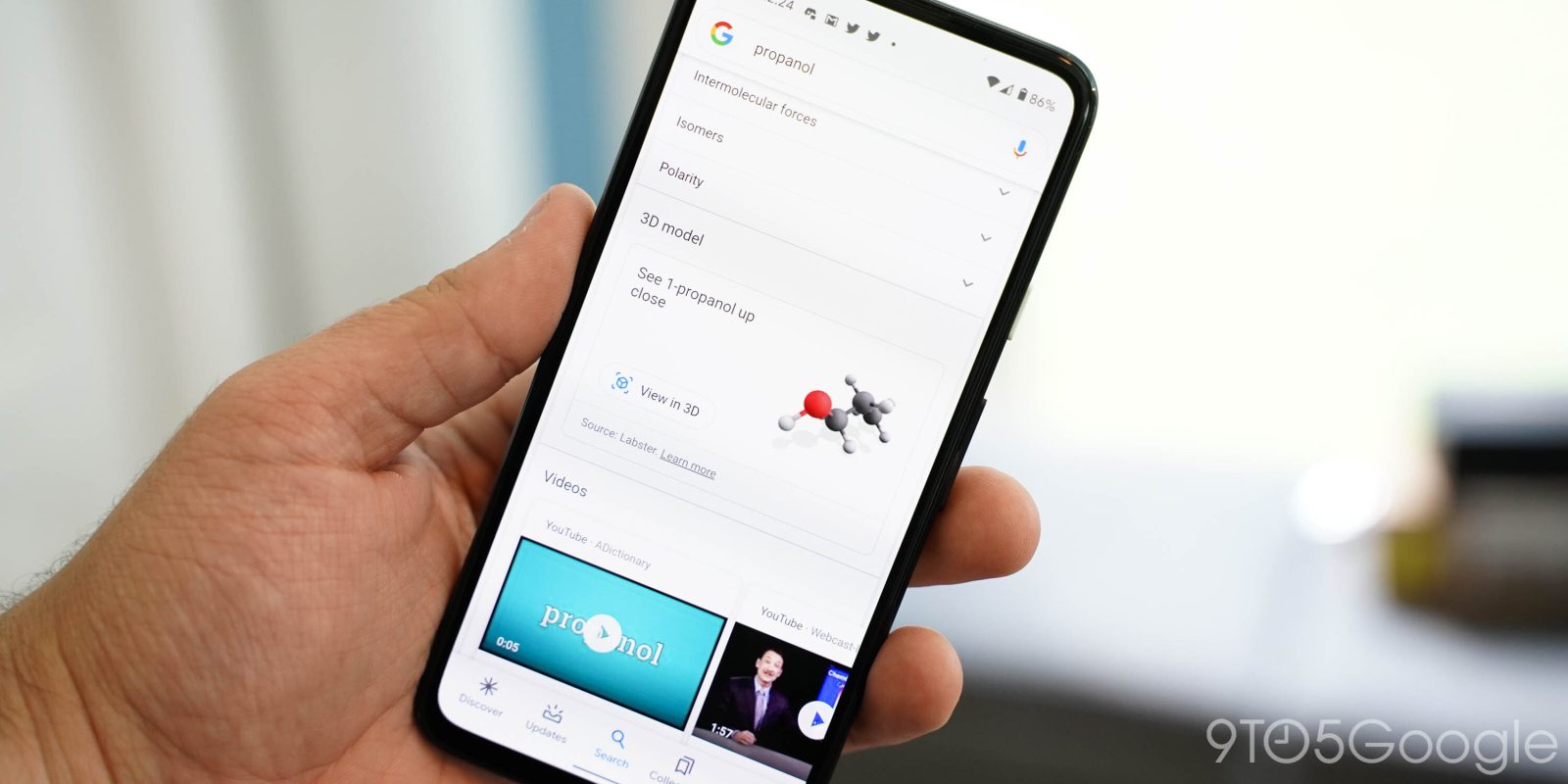 We’re well into August, which means the school year is growing ever closer to beginning while many of us are still stuck at home. To help us learn chemistry, Google Search has added a variety of new 3D models showing how certain molecules are formed.

Last year, Google introduced the ability to not only view 3D models, including animals like tigers and pandas, but also — on supported phones — use augmented reality to show those 3D models in the room with you. Since many of us began staying at home, Google’s 3D animals and other models have become an unexpected source of entertainment.

Over the last few months, Google has been trying to put more of an educational spin back into its 3D models, though, with a new set of models to teach biology and anatomy. Today, that educational push continues, as Google has added a collection of chemistry-related 3D models, including simple molecules and more advanced subjects like the quantum mechanical model of the atom.

Beyond the molecules, Google has also added some new 3D models that point out the various components in biological structures, such as the design of a monocot plant versus a dicot. There’s also a lone physics model, showing the design of a solenoid.

The new 3D models seem to come from a variety of partners around the web including Labster, Signal Garden, and Kompanions. Without a doubt, all of the models should make for handy, practical study guides.