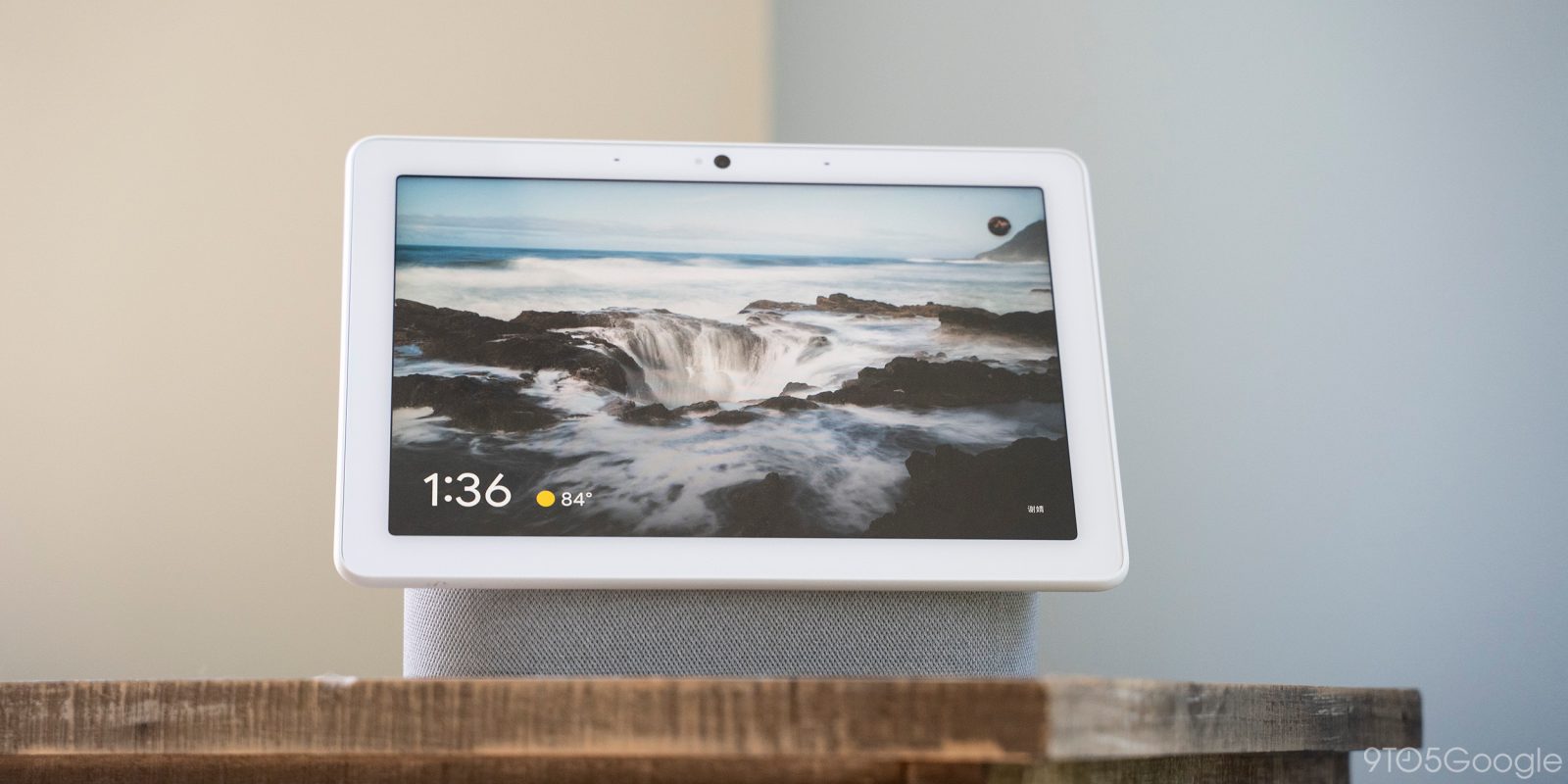 Google’s Nest Hub smart displays are useful for a lot of things, but they certainly push voice interaction over all else despite touchscreens being a core part of the device. Now, in a new video, we can see a complete redesign to the Nest Hub Max’s UI, complete with control panels and more.

Shared to a Facebook group, this brief video shows a Nest Hub Max running on software version 32.24.0, a much newer version than what’s currently available on Nest Hub Max models out in the wild.

This new software version completely revamps the UI on a Nest Hub Max. With a tap on the “Photo Frame,” new panels appear along the top bar of the screen. The new control panels include what is presumably a contextual panel which, in this case, shows “Your Morning” with cards for weather and lighting. Moving on, there are panels for “Home Control,” “Media,” “Communicate,” and “Discover.”

Pictured below, these different control panels make Nest Hub Max a vastly more capable device when using just the touchscreen. Home controls, for example, are better organized and the Communicate tab could make the Nest Hub Max a powerful device for video calling or as a central intercom for the home.

Obviously, there’s still a lot we don’t know about this update, but so far, it looks like a stellar redesign for Nest Hub Max owners. It’s also unclear if the same changes will be coming to the smaller Nest Hub. After all, that smaller screen could make some of these features a bit less useful.

It’s unclear if this update is rolling out to everyone, as a part of the Preview Program, or if this user in particular is in some sort of closed beta program.

Google had no details to share on this redesign.