OnePlus 8T rumors: Everything we know about the next ‘flagship killer’ [Video] 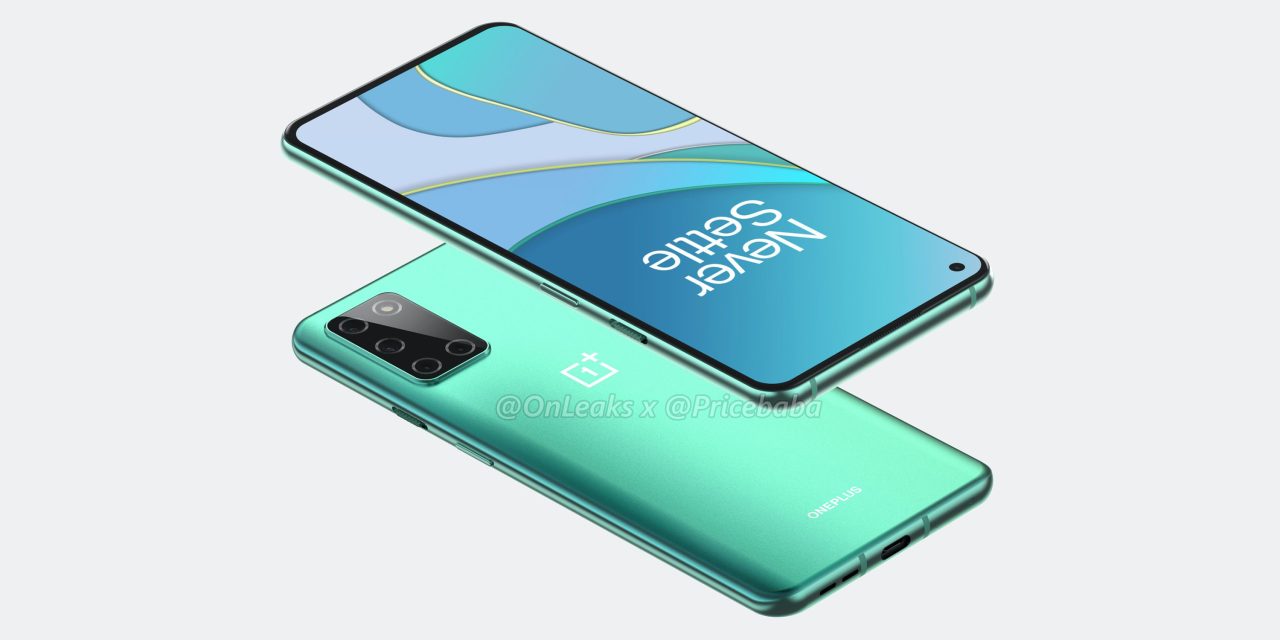 Has it only been six months since the OnePlus 8 and OnePlus 8 Pro were unveiled during an online launch event? Time flies, rumors spread, and on top of that, we’re due a OnePlus 8T.

2020 has proved to be a weird year for Android flagships and that is not just because of the COVID-19 pandemic. Google has released the Pixel 5, which is definitely not competing directly with the likes of the OnePlus 8T this year. Then at the other end, Samsung has decided that the Galaxy S20 needed its own “Fan Edition” with a lower price tag but some seriously impressive hardware.

OnePlus finally launched a no-compromise flagship smartphone in the form of the OnePlus 8 Pro but ended up with a relatively modest and slightly disappointing OnePlus 8. Rumors have circulated about the OnePlus 8T series almost right away, but the impressively affordable OnePlus Nord has since hit the market — changing the trajectory of the “flagship killer” brand in the process.

Is there room in the lineup for the OnePlus 8T? It’s a tough question, and one we’re not here to answer just yet. We have, however, been keeping our ears to the ground, collating, collecting, and sifting through the noise to try and substantiate fact from fiction when it comes to OnePlus 8T rumors.

Renders courtesy of @OnLeaks have showcased what looks like a very Samsung-inspired design is set to be unveiled by OnePlus. The rumors and these renders also suggest that the OnePlus 8T will come with a flat display with an upper-left punch-hole notch.

Although the rear panel has hints of other brands, the rest of the design looks to follow the same design language as the OnePlus 8 series. The top bezel will be slightly larger than the bottom chin, with a right-side alert slider and power button. Along the left edge, we’re expecting the volume buttons.

Down at the bottom is a downward-firing speaker, with a USB-C port for charging. It looks as though the OnePlus 8T will by-the-numbers affair with just a couple of tweaks.

The OnePlus 8T is set to come with Android 11 pre-installed. On face value, this is a fantastic decision but given the community pushback against OxygenOS 11.0, this might actually be seen as a negative. Taking so many UI design cues from Samsung’s One UI skin is definitely a way to try and grasp the attention of mainstream buyers. It might alienate the current core fanbase though.

Because the OnePlus 8T is launching with OxygenOS 11 pre-installed, it means it is coming with the new Always-on display feature, plus all of the new one-handed reachability changes and UI overhaul. We’re sure that OnePlus will have some extra tweaks up their sleeves for their latest device.

While that is still a mystery until release, we do know plenty of the other rumored specifications thanks to leaks and tidbits from OnePlus themselves. Here’s what we know for certain, though: the OnePlus 8T is coming with a 120Hz display, 65W charging, at least 8GB of RAM, and at worst the Snapdragon 865 5G-enabled chipset.

After confirming that the OnePlus 8T will come with that 65W Warp Charge capability, the firm also confirmed that it will include a 4,500mAh battery. That is likely good news for those worrying about the all-day longevity of the device when forcing 120Hz on the display.

The camera remains an area where OnePlus is yet to make the most notable gains. As prices have steadily increased, so have expectations. Renders have hinted that we’ll see the first-ever domino-style camera array on the OnePlus 8T.

At the rear, the camera will consist of a 48-megapixel sensor with OIS, a 16-megapixel ultra-wide-angle, a 5-megapixel macro sensor, and 2-megapixel monochrome sensor. The selfie camera is expected to be in the 16-megapixel flavor. This doesn’t quite match up to the OnePlus 8 Pro, but it’s not too far away.

While the rumors don’t suggest the OnePlus 8T camera hardware, but we’d expect the same Sony IMX 586 sensor as found on the OnePlus 7T and OnePlus 8 to be used rather than the high-end Sony IMX 689 as included in the OnePlus 8 Pro quad-camera array.

Expect all the usual inclusions such as 4K 60fps video recording, Nightscape 2.0, PDAF, and OIS on that main lens. It’s a tried and tested formula for OnePlus smartphone camera hardware at this stage. The biggest question is if OnePlus can tweak the software to enhance the end results — which are often lackluster compared to the competition.

Renders have given us a glimpse of what looks like a familiar green color, but we’re really not 100% sure what OnePlus has up their sleeve for the 8T. Using some nous, we’d expect OnePlus to maybe do some interesting things with the Glacial Green or Ultramarine Blue that the OnePlus 8 series launched in. That said, a recent Amazon India retail listing confirmed one of the colors could be “Aquamarine Green”, while leakster Ishan Agarwal tipped the other color option to come as “Lunar Silver.”

Expect something attractive is what we would say. OnePlus’ commitment to their CMF or Color, Material, and Finish design principles have really helped produce some absolutely gorgeous looking devices in recent years — and we expect that to continue yet again with the 8T.

We’re gearing up for an interesting online-only launch event (as expected) for the OnePlus 8T on October 14. Expect an online pop-up event shortly after launch and a release date within a couple of weeks right after this October 14 launch keynote.

It’s not entirely clear if global carriers will offer the OnePlus 8T, but it will most certainly be available unlocked directly from OnePlus.com either on launch day or in the preceding days.

The most important aspect of this device will be the pricing. The upper-mid-range is arguably the toughest subsection of the market, and 2020 has seen the competition hot up even further. Google, Samsung, Xiaomi, Oppo, and now OnePlus will be vying for buyers based upon the OnePlus 8T pricing rumors.

What the OnePlus 8T won’t include

Unfortunately, while the OnePlus 8 Pro now includes Qi wireless charging tech, the OnePlus 8T is not expected to come with it. This looks to be a “Pro” model exclusive for a little while longer — at least until it does eventually bleed down to the mainline OnePlus series.

Sorry. OnePlus’ Pete Lau confirmed that there will only be a mainline 8T and no OnePlus 8T Pro this year.

What are you hoping to see from the OnePlus 8T?

We want to open up the floor to you: What beyond the leaks and even including the leaks would you like to see come launch day? We are now on a countdown to October 14, where we will finally get to see the OnePlus 8T in the flesh.

Let us know in the comments section what you are hoping (or not hoping) to see from the OnePlus 8T series. What OnePlus 8T rumors are you excited or disappointed by? Remember to keep it civil.