Stadia ‘Save State’ October 2020: This month in Google Stadia [Video] 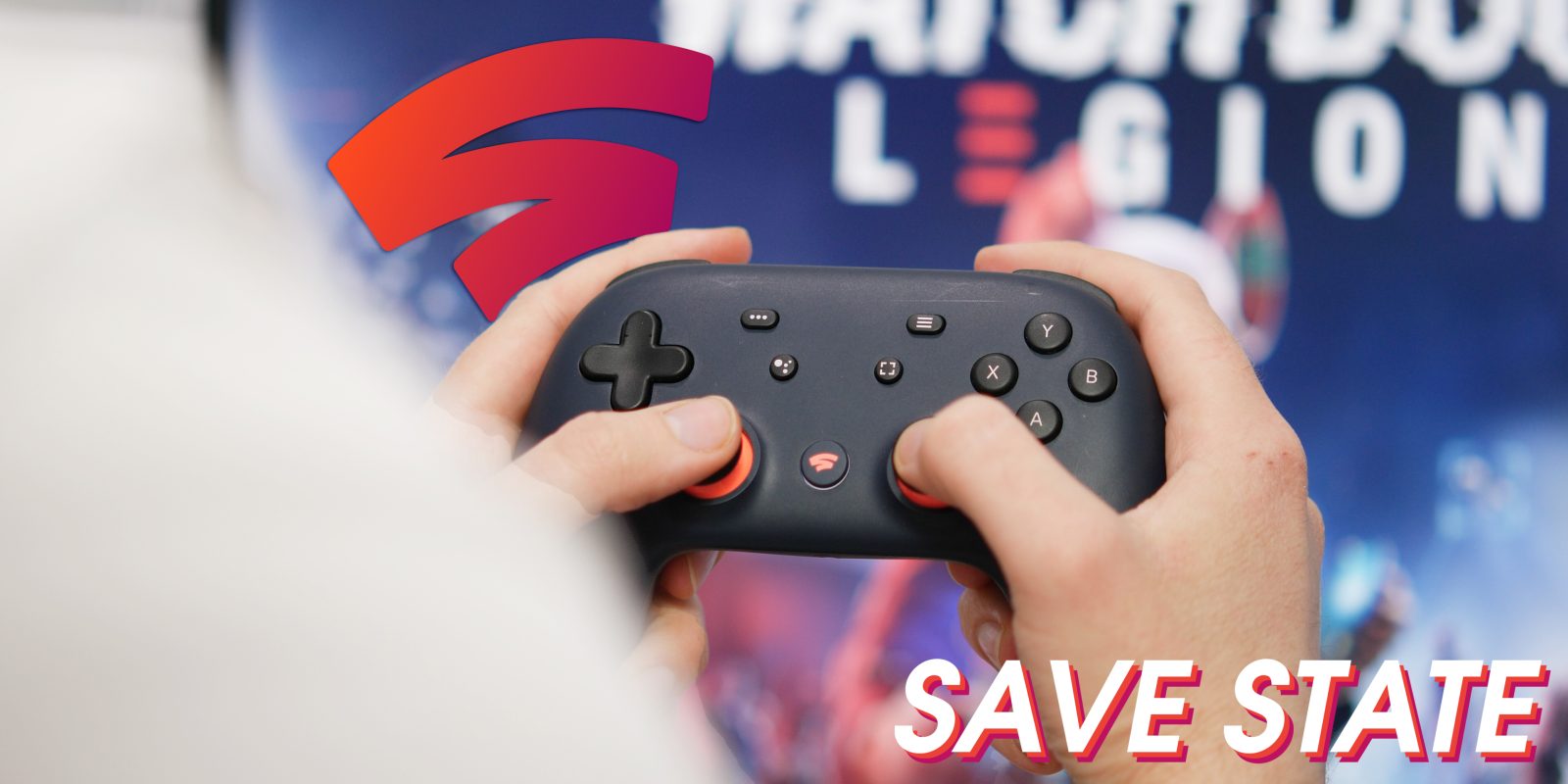 The late-2020 gaming rush is now upon us, which means the gaming release schedule is now really heating up ahead of the busy holiday period. October 2020 has seen some serious PR missteps and controversy alongside heaps more incremental updates and improvements to Stadia, while more a new wave of games have hit the service too!

If Stadia didn’t already face an uphill struggle to convince gamers and detractors that game streaming is a viable alternative to the current download or disc paradigm, a tweet from a Google Stadia Games & Entertainment Creative Director had Stadia trending on Twitter for all the wrong reasons.

On Twitter, Alex Hutchinson — the Montreal Studio Creative Director of Stadia Games and Entertainment, hired as part of Stadia’s acquisition of Typhoon Studios — tweeted about the current state of game streaming. As it stands, many creators fear the possibility of their content being taken down for copyright reasons based on music.

As you would expect, this tweet was picked up on more or less instantly by the wider gaming and streaming communities. Naturally, the responses and hot takes were overwhelmingly negative to this pretty bold statement.

Over the course of a few hours, Hutchinson’s handful of tweets altogether received nearly 10,000 retweets on Twitter, which significantly exceeds the combined total of retweets on @GoogleStadia tweets across the entirety of the three-day “Good Stuff” October 2020 — currently under 2,000 retweets. Naturally, this led to “Stadia” becoming a major trending topic in the United States and further afield.

To put it politely, the entire episode was a mess. With high profile members of the streaming community like Dr DisRespect being quick to point to Hutchinson’s position as a “Creative Director for Google Stadia.” If Stadia is to ever win hearts and minds, clearly this is a substantial setback, even more so when YouTube streaming and game streaming will undoubtedly be an important aspect of the platform in the future.

For Google’s part, a spokesperson gave the following statement, distancing the company from Hutchinson’s comments.

The recent tweets by Alex Hutchinson, creative director at the Montreal Studio of Stadia Games and Entertainment, do not reflect those of Stadia, YouTube or Google.

While it didn’t need to be said, at least Google is attempting to distance themselves from yet more controversy.

We’re well into 2020, with very little time left ahead of the holiday release rush, which means another set of new Stadia titles to start streaming. Last month saw some highly anticipated new games and some catalog-filling titles, but the late-fall rush right ahead of the busy holiday gaming season shows no signs of slowing.

A modest five new games were added to the Stadia game library in October 2020, which isn’t stellar, but better than none at all. There we some delays though including Cyberpunk 2077, which at this stage almost feels like vaporware – or might end up being the year the game eventually releases…

The biggest new addition has to be Ubisoft’s cybercriminal simulator Watch Dogs Legion, which sees you take to the streets of a futuristic London complete with typical touristy highlights. The game sees you attempt to liberate the UK capital from a dystopian surveillance state and you can take control of various characters to achieve the ultimate goal of freeing London from the watchful eye of Albion,

Another major new release is Sekiro: Shadows Die Twice, which combines stealth, exploration, and samurai-style combat in a fictional version of Japan. The game received almost universal acclaim upon release on consoles back in March 2019.

Cake Bash has also come to Stadia and sees you battering other baked goods in a series of mini games and challenges – making it the ideal way to settle some scores.

Although in early access, Baldur’s Gate 3 brings Dungeons & Dragons to Stadia, allowing you to play co-operatively against friends and foes alike. The limp-limb physics platformer Human: Fall Flat is now also available as the perfect alternative to Cake Bash.

Stadia Pro members will get a total of six games as part of their premium membership in November 2020. The “free” titles as part of your monthly subscription fee will include the following from October 1, 2020:

It’s also worthwhile remembering to claim the October free titles as there will be some games leaving the Pro tier. You should still be able to grab Dead by Daylight, Human: Fall Flat, SUPERHOT: MIND CONTROL DELETE, Lara Croft: Temple of Osiris, Celeste, and Jotun all as part of your $8.99 per month subscription fee.

Four more titles are leaving the Stadia Pro tier in November, including Just Shapes & Beats, Metro Last Light Redux, Strange Brigade, and West of Loathing. . The count will now stand at 31 titles after these additions and subtractions:

Right at the turn of October 2020, Google confirmed that the official Stadia controller now supports USB-C headphones when playing on a Chromecast or the web. Unfortunately, no world on mobile but it might be easier to just plug directly into your device rather than the controller itself.

Tandem Mode lets you connect another gamepad to your wirelessly paired Stadia Controller over USB-C. It helps expand accessibility and input options by letting you use third-party gamepads somewhat wirelessly when playing on the Chromecast Ultra. This means you can use third-party controllers as if they are native.

Initially, Stadia gaming on mobile data on an LTE or 5G connection was an experimental feature, but as of October 2020, you can now you can game at 720p without needing to opt into an experiment. If you want to try it yourself, it will use around 2.7GB per hour when game streaming at 720p. Currently, 720p looks to be the only option for mobile data streaming but we’re expecting more options in the future.

To help your friends let you know that it’s time to game, the Stadia app for Android and iOS now offers notifications for game invites, friend requests, and more. Just as you’d expect, Stadia’s notifications are short, simple, and let you jump right into the app to respond to the invite or friend request.

As is customary, you can count on us to spend some serious time diving deep into the Google Stadia Android app. It wouldn’t be fair to keep our findings to ourselves, especially when we find upcoming and experimental features will likely be heading to the platform soon. Here are the biggest upcoming or most notable additions to Google Stadia that we found in October 2020:

Family Sharing to let you share DLC and games

Share purchased games, add-ons, and claimed Pro games will be available in the future to family members as part of family sharing. This means that all of your DLC and games can be enjoyed by everyone.

Free trials for Google One members

A great new inclusion that looks like it will give you access to free trials of Google Stadia, we found evidence in a recent APK teardown that Google One members may soon be getting an extended free trial of Stadia Pro as a membership benefit.

In one of our regular APK teardowns, we found evidence that you’ll be able to refer your friends which will net you a free month of Stadia Pro for yourself if your friend pays for their first month of Stadia. This might be a great way to entice your friends to the platform without the need for any hardware.

We’ve already seen plenty of evidence of UPlay+ previously but think of Ubisoft+ as the streaming platform equivalent to UPlay+ which will give you access to all Ubisoft titles for a flat $14.99. With a growing number of titles from the French-based game developers on Stadia, for avid fans, this new portal will be a great way to get access to the admittedly small Ubisoft library on Stadia.

Looking ahead, inevitably, we’re still a long way from a “large” library of game titles to choose from, but there were quite a few announcements of games coming to Stadia in the future throughout October 2020. We’re expecting yet more announcements of games as teasers even hinted that we might see some new and popular titles such as Madden head to the streaming service.

What have you been playing on Google Stadia throughout September 2020?