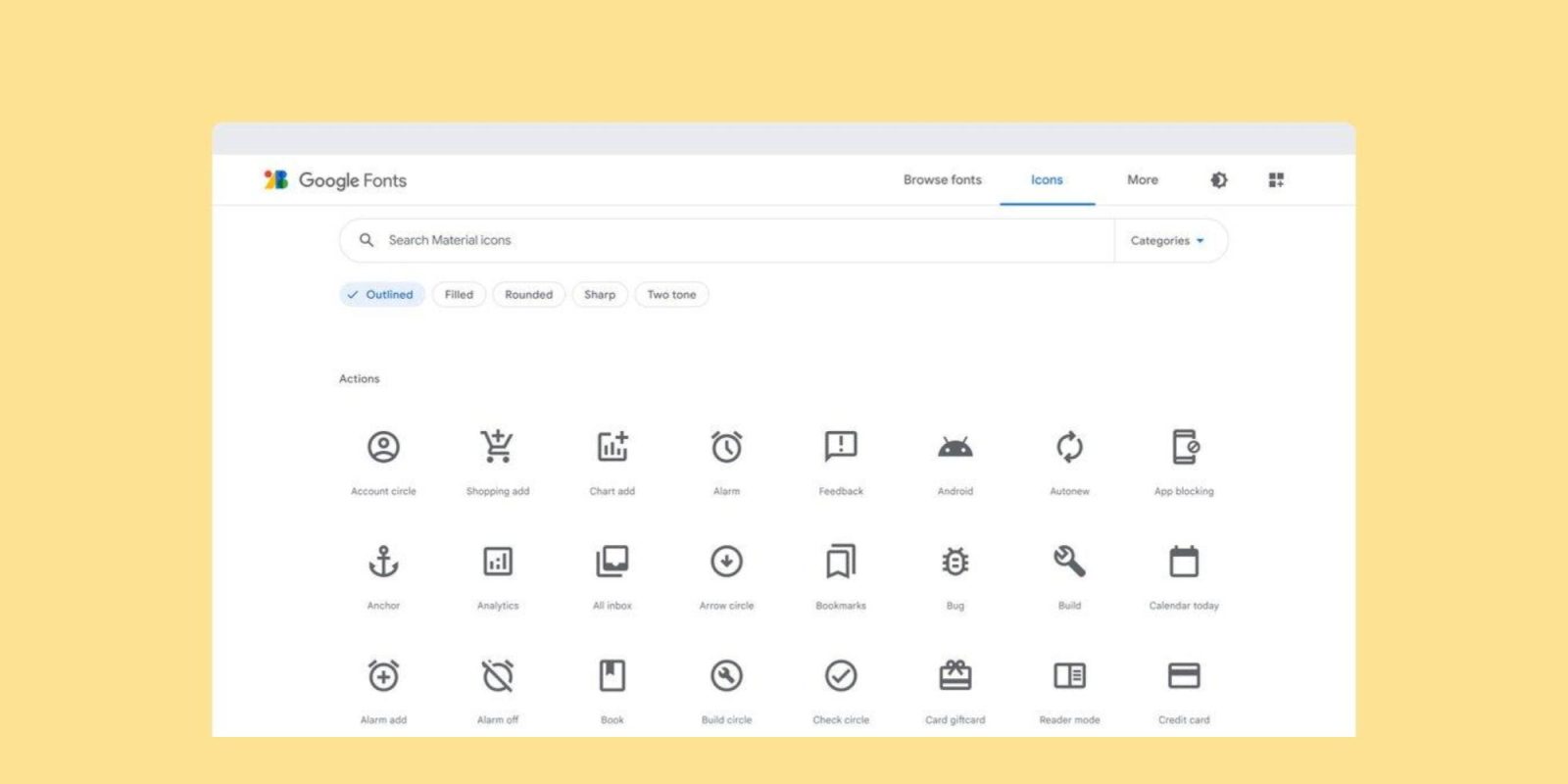 Given how “typography and iconography are so strongly related,” Google Fonts is adding Material icons and getting a new logo in the process.

Google has long offered a catalog of free and open source fonts. It’s now adding iconography to make a one-stop discovery portal and “provide even more value to our users.”

And while today’s letters and characters have evolved from abstracted depictions of things in the real world, we still use abstracted forms to communicate concepts and ideas every day.

This is especially true for user interfaces in digital environments. For example, the × icon has become universally known to stand for closing or removing a part of what users see in their screen. You might have also seen a magnifying glass used as shorthand for “search” on your popular search engine or other website.

Unsurprisingly, Material Icons are the first addition to Google Fonts with over 2,000 distinct icons depicting common actions available in five styles: filled, outlined, rounded, two-tone, and sharp. Open-sourced, they are available for download or as a web font via the Fonts API under the Apache 2.0 license.

Meanwhile, as part of adding iconography, Google Fonts is redesigning the icon that appears in its side header and other properties:

We decided to rebrand our monogram “F” symbol and turn it into something new that captures the essence of the products & services that Google Fonts offers.

Specifically, there are a “number of glyphs and icon shapes blended together,” with color playing a big role in differentiating everything:

The new visual mark gives us greater design flexibility, as well as inspiration for the overall look and feel of the UI to better reflect our vision for the future of Fonts.