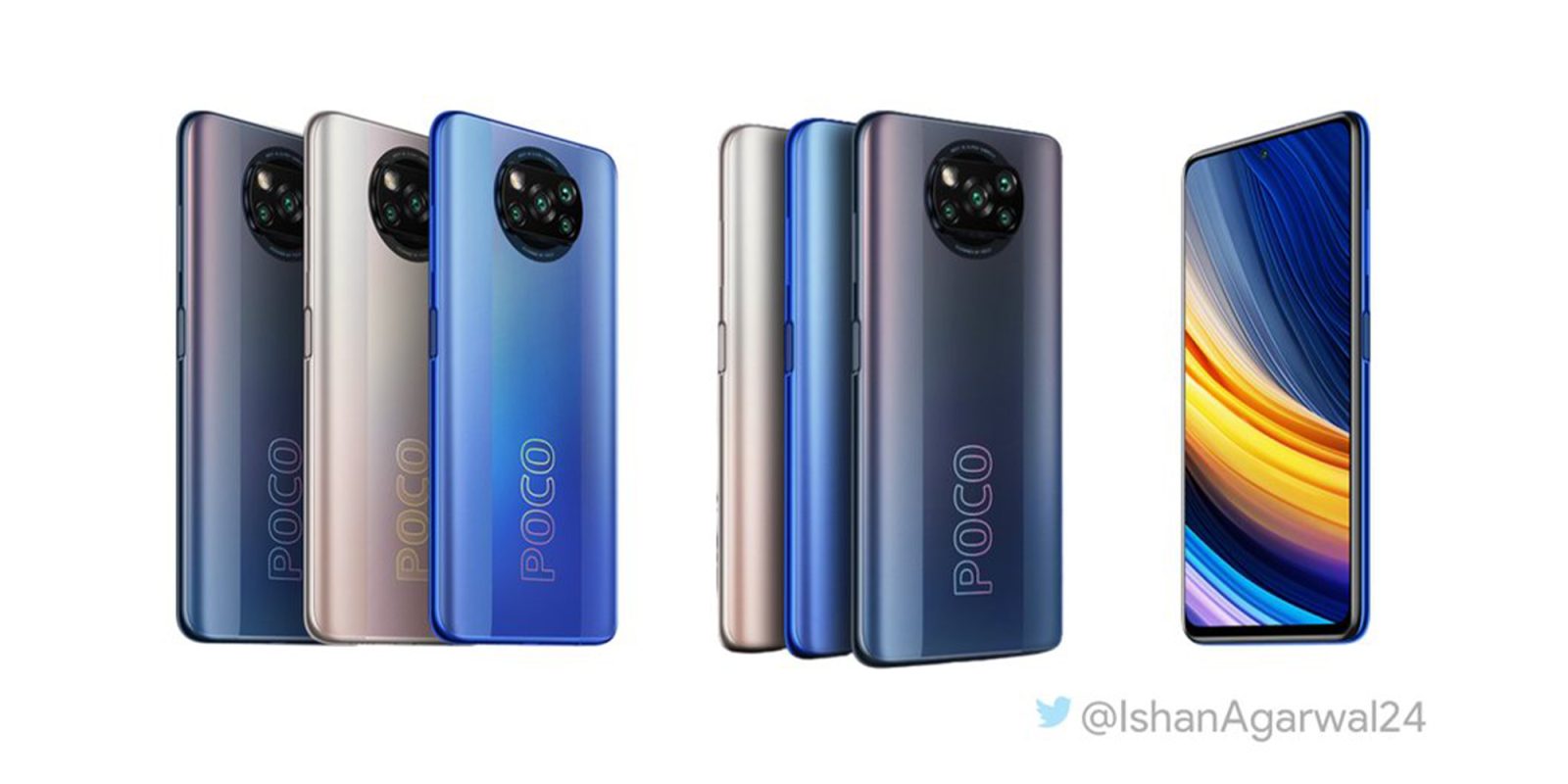 We were enamoured with the Poco X3 NFC; it was a fantastic budget device worthy of the Poco name. However, it looks like the upcoming Poco X3 Pro will take a few design cues from its older, likely more affordable sibling according to some leaked renders.

Teenage leaker Ishan Agarwal has shared what appear to be official press renders of the upcoming Poco X3 Pro, and at least at first glance, it looks identical to the Poco X3 NFC. That’s not a bad thing in isolation, as the X3 NFC isn’t a bad-looking smartphone.

Agarwal shared a trio of Poco X3 Pro renders that showcase the familiar design and the color selection we’ll likely see when the device is officially unveiled in the coming weeks. We get a closer look at three proposed colors: Phantom Black, Metal Bronze, and Frost Blue. No other details were shared, with the proposed specifications still well under wraps at this stage.

That’s not all though, as the renders have seemingly confirmed that the Poco X3 Pro will come with a side-mounted fingerprint scanner plus a centrally placed punch-hole notch at the front. The rear camera bump looks almost identical to the X3 NFC, and with a little zooming we’d wager it will come with four rear-facing lenses to choose from.

Xiaomi has a launch event planned for March 30, where we’ll likely get a closer look at some new releases. That said, these Poco X3 Pro renders might be enough for people wondering just what the Xiaomi sub-brand might bring to the table later this month.