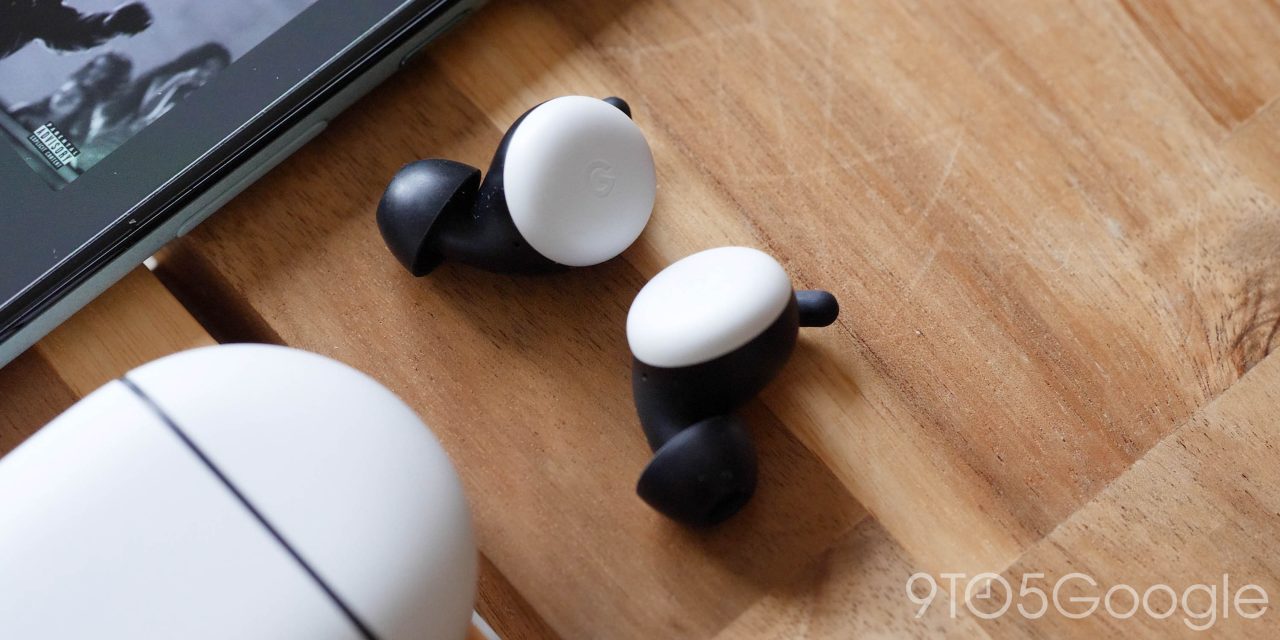 Two new devices have arrived for certification by the FCC, and they look a great deal like a new set of Google Pixel Buds.

While the second-generation Pixel Buds were “Made by Google” through and through, the original 2018 headset was listed under the FCC identifier for Weifang Goertek Electronics. This week, two devices from Weifang Goertek Electronics passed through the FCC with model numbers “GPQY2” and “G7YPJ.” These model numbers follow the style of Google’s own devices since the Nest Audio’s “GXCA6” number.

So what are these mystery devices then? The only wireless bands that they’re registered for are the exact same Bluetooth ranges used by last year’s Google Pixel Buds — which also had two separate FCC listings, one each for the left and right earbuds. In one bit of paperwork, it’s made clear that these devices are too small to have their FCC info printed on the hardware itself.

What really cements for us that these two FCC listings are most likely for some variety of Pixel Buds is that deep in the paperwork, each device’s dimensions are listed. These dimensions — 27 x 20 x 15mm — are almost precisely the same as the Pixel Buds we have today, as can be seen in the older devices’ FCC filing.

Knowing that these are almost certainly Pixel Buds of some kind, what can we guess about Google’s next earbuds from these FCC listings? The most important tidbit we’ve spotted is that Google may be attempting to address the somewhat frequent disconnection issues with the current Pixel Buds. While these new Pixel Buds use the exact same Bluetooth bands as the current generation, the power output is significantly higher — 8mW/16mW on 2020 Pixel Buds versus 13.24mW/19.82mW on this new model. This should help boost the signal strength, reducing the likelihood of disconnects.

As for where these new Pixel Buds would fit in the Made by Google lineup, one theory is that Google could be preparing a higher-end successor to the Pixel Buds with features like noise cancelling, but it also feels a bit early for Google to supplant last year’s model.

Alternatively, during a recent episode of Alphabet Scoop, we posited that the Pixel Buds line is ripe for an affordable variant, akin to how the Pixel 3a and Pixel 4a offered the best of their flagship counterpart for less. As of today, neither Samsung nor Apple have true wireless earbuds in the quality-yet-affordable range, with only the OnePlus Buds Z and companies like Anker competing.

Supporting this theory, the FCC’s limited confidentiality period for submitted photos of these new Pixel Buds runs out in mid September, weeks before the usual Made by Google fall launches. Instead, it’s more likely we’re looking at a mid-year launch, like the Pixel 3a and Pixel 4a both experienced. This potential timing could put these new Pixel Buds on shelves side-by-side with the expected Pixel 5a.

For now, it’s hard to say with any certainty what exactly these next Pixel Buds could hold in store. In the meantime, what would you rather see from Google later this year: a higher-end “Pixel Buds Pro” with noise cancellation or something affordable like “Pixel Buds a” earbuds? Let us know in the comments!