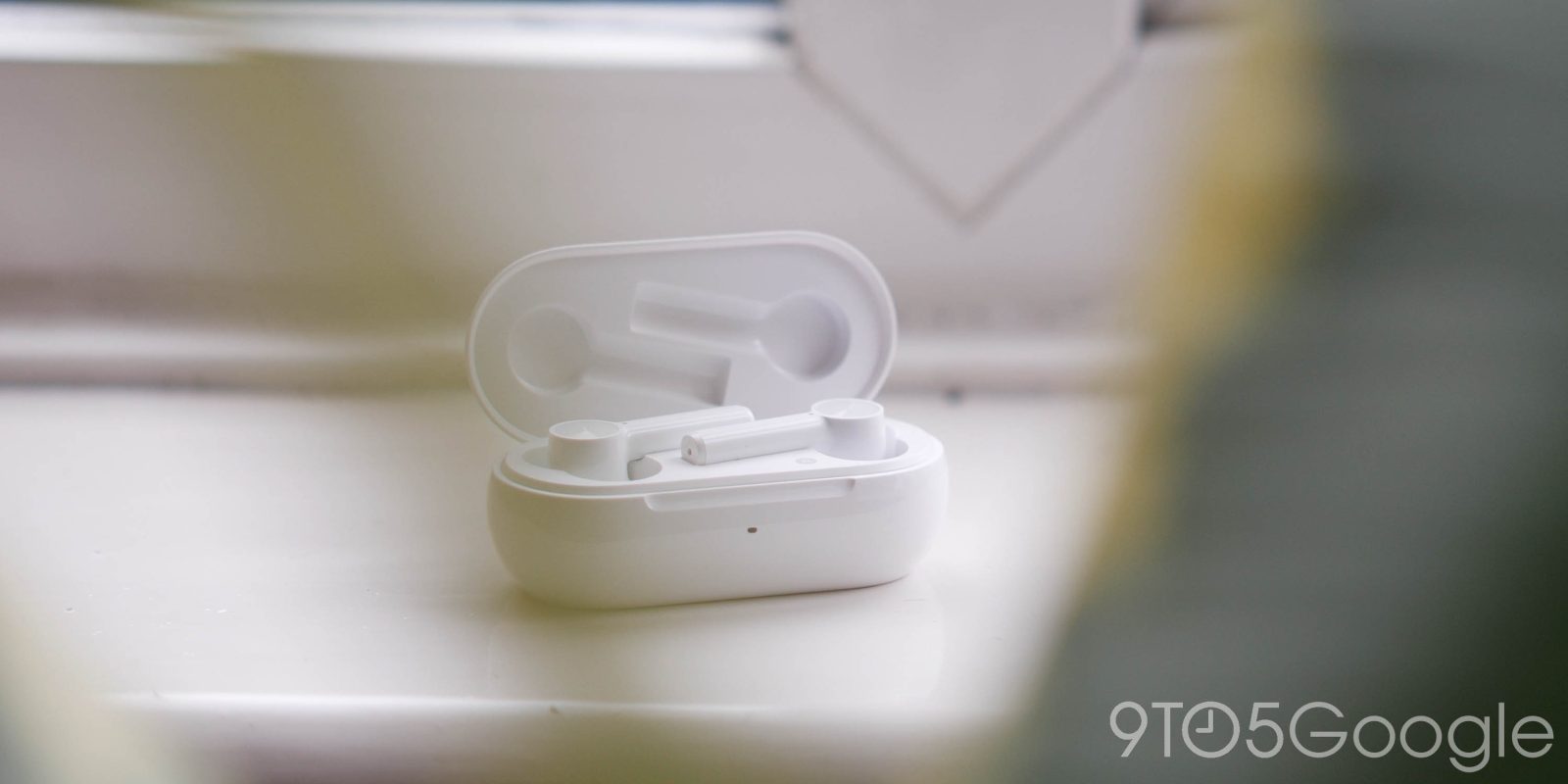 OnePlus might be going through a transition phase right now, but they’ve still managed to crank out a number of new devices plus another affordable pair of wireless earbuds in the form of the OnePlus Buds Z.

With so many firms now offering their own branded Bluetooth earbuds, it’s tough to actually discern which are right for you. Whereas the original OnePlus Buds were hard to recommend at launch due to the firmware updates only being available to those with a OnePlus smartphone, the recent HeyMelody app makes them easier to recommend to all Android owners.

Announced alongside the similarly affordable OnePlus Nord N10 5G and Nord N100, can a bump down in price and a little corner-cutting make the OnePlus Buds Z yet another more affordable alternative for just about everyone out there?

At first glance, the OnePlus’ latest earbuds share the look of the original Buds. However, take a closer look at the Buds Z and you’ll notice the very minor – and important – differences between them.

The shiny case looks exactly like the carry case that comes with the Galaxy Buds and Galaxy Buds+. Much like their smartphone design and OxygenOS software, it looks like OnePlus has been heavily influenced by the Korean tech giant. It’s actually only limited to the carry case though, as the stem style design is a hybrid of other OEMs in that regard.

Plastic does dominate on the OnePlus Buds Z from the case to the earbuds themselves. There’s an embossed OnePlus logo atop the glossy carry case, with a slightly indented lid and LED indicator which gives you battery status information at a glance.

So far, so similar to all the other earbuds on the market. Well, the earbuds themselves essentially mash OnePlus’ existing Buds and Bullets Wireless design together into a hybrid of the two. There’s also a USB-C port round back for charging, but alas no wireless charging support for the OnePlus Buds Z.

One of the biggest disappointments with the case on the OnePlus Buds Z is the plastic hinge. The case on the original Buds was one of the best parts of the package, that’s not the same here but it’s functional and keeps the Buds Z safe and secure thanks to internal magnetic clasps.

Each earbud has an IP55 water and dust resistance, making them ideal for running and exercise. I’m sure that they’ll be the perfect gym companion but living in the UK which has regional lockdowns, I’ve given the OnePlus Buds Z a thorough rain-soaked dog walking test drive and they were ideally suited with this added protection.

The silicone earbud tips are great for ensuring that the OnePlus Buds Z actually stay securely in your ear – something which is a real problem with the normal OnePlus Buds unless you remain stationary. Having a stem is probably the best way for this style of earbuds to help overall stability too.

With each earbud weighing in at around 10g, it’s unlikely you’ll have any discomfort for long periods of wear either. I did find the stem to be quite snug around my earlobe but it didn’t raise any concerns over the comfort of the Buds Z – even after multiple hours of wear.

The silicone earbud tips are great at reducing sound leakage, which I found could sometimes be a problem with the standard Buds. Having a more sealed in sound means a “fuller” sound profile, but also with a bit more nuance. You can get some excellent isolation with the included earbud tips – which come in three distinct size options.

It manages that with smaller 10mm drivers versus the 13.4mm drivers you’ll find in the OnePlus Buds. Let’s not sugarcoat it, bass is a really prominent trait on the OnePlus Buds Z. That said, the sound profile isn’t overpowered by low tones. Vocals remain clear, concise and don’t get drowned out by the lows and mids.

There is a distinct lack of nuance in tracks but it’s not necessarily a dealbreaker when the price of the OnePlus Buds Z is taken into account here. Audiophiles will be thoroughly disinterested but for casual wear then I think the audio experience is consistently good for the asking price.

One minor disappointment for codec nerds is the solo high-quality audio codec supported by the OnePlus Buds Z. AAC is supported, which is more often associated with the iPhone. The Buds Z will default to SBC if issues arise.

I wasn’t able to see any noticeable audio delay when watching video content on my Pixel 5, which is always a worry with wirelessly connected headphones. It might improve with certain OnePlus-only features like the gaming mode which is supposed to lower in-game audio latency but I’m not a huge mobile gamer – save Google Stadia – to really give you a “true” indication of Bluetooth latency.

Bluetooth 5.0 helps ensure that connections to your devices remain stable and without any sort of cutouts. As for the connection range, I started to notice some minor cutouts at about 15 meters which is likely further than you’d venture from your smartphone while connected.

There is also some noise reduction in calls to help combat wind and general background noise. I think for the most part, it sounds fine but it does sound a little compressed compared to some other earbud microphones.

To really get the most from the Buds Z, you’ll want the HeyMelody app. Until this was released, you’d need a OnePlus smartphone to get firmware updates and any potential added features.

The out of the box touch controls are fairly basic, without using the HeyMelody app, you’ll only be able to double-tap to skip tracks. However, you can tweak the controls should you want alternative functionality. I’ve found the double-tap to be accurate and easy to activate thanks to the large flat activation pad on each earbud.

Another returning feature from the previous generation is the ability to remove earbuds and have any playing audio pause. This is possible thanks to a small sensor in each earbud that is able to detect when you’ve got them seated in your ears. I really like this feature, mainly as it’s great for being able to remove an earbud and speak to someone, with the audio resuming right where you left off when you return it to your ear.

There is also the added bonus of Google Fair Pair on the OnePlus Buds Z. As someone who changes Android device relatively frequently, this has become an essential as it streamlines the pairing process with multiple devices by linking to your account on top of each individual device.

One of the very few sore points I have had with the OnePlus Buds Z has been the battery longevity – not that it is bad by any stretch of the imagination. However, these are not the longest-lasting earbuds on the market.

OnePlus claims 5 hours on a full charge from each bud. I’ve found that to be closer to 4 hours for each bud in my testing over the past couple of weeks. The carry case does provide an extra 20 hours of battery life, which in my testing equated to just short of 5 full charges before I needed to plug in.

Like their more “premium” partner, the OnePlus Buds Z only includes wired USB-C charging. This isn’t too much of an issue in the grand scheme of things but it would have been nice to be able to slap on a Qi pad and top-up without pulling wires out. However, charging is still pretty fast, 15 mins was enough to get the carry case and earbuds around 4 or 5 hours of extra playtime in my own testing.

Now that the HeyMelody app has essentially removed the lock-in that made the OnePlus Buds a tough sell unless you had a OnePlus-branded device, the Buds Z are an attractive package for just about anyone shopping for Bluetooth earbuds on a budget.

Sure, there are some design ideas that infringe upon the Samsung Galaxy Buds but overall I think the OnePlus Buds Z are probably a better buy than the original OnePlus Buds if only for their updated design.

That said, it will boil down to how you feel about silicone tipped Bluetooth earbuds versus solid form factor designs. If you prefer more sound isolation and are happy to take a minor battery life hit, then they are great but for improved battery and audio, the OnePlus Buds will be a better purchase for around $10 to $20 more. However, I feel that the OnePlus Buds Z are a far superior purchase simply due to the earbud design. Either way, the OnePlus Buds or Buds Z are a solid everyday earbud choice for anyone thoroughly entrenched in Android.

Where can I get the OnePlus Buds Z?