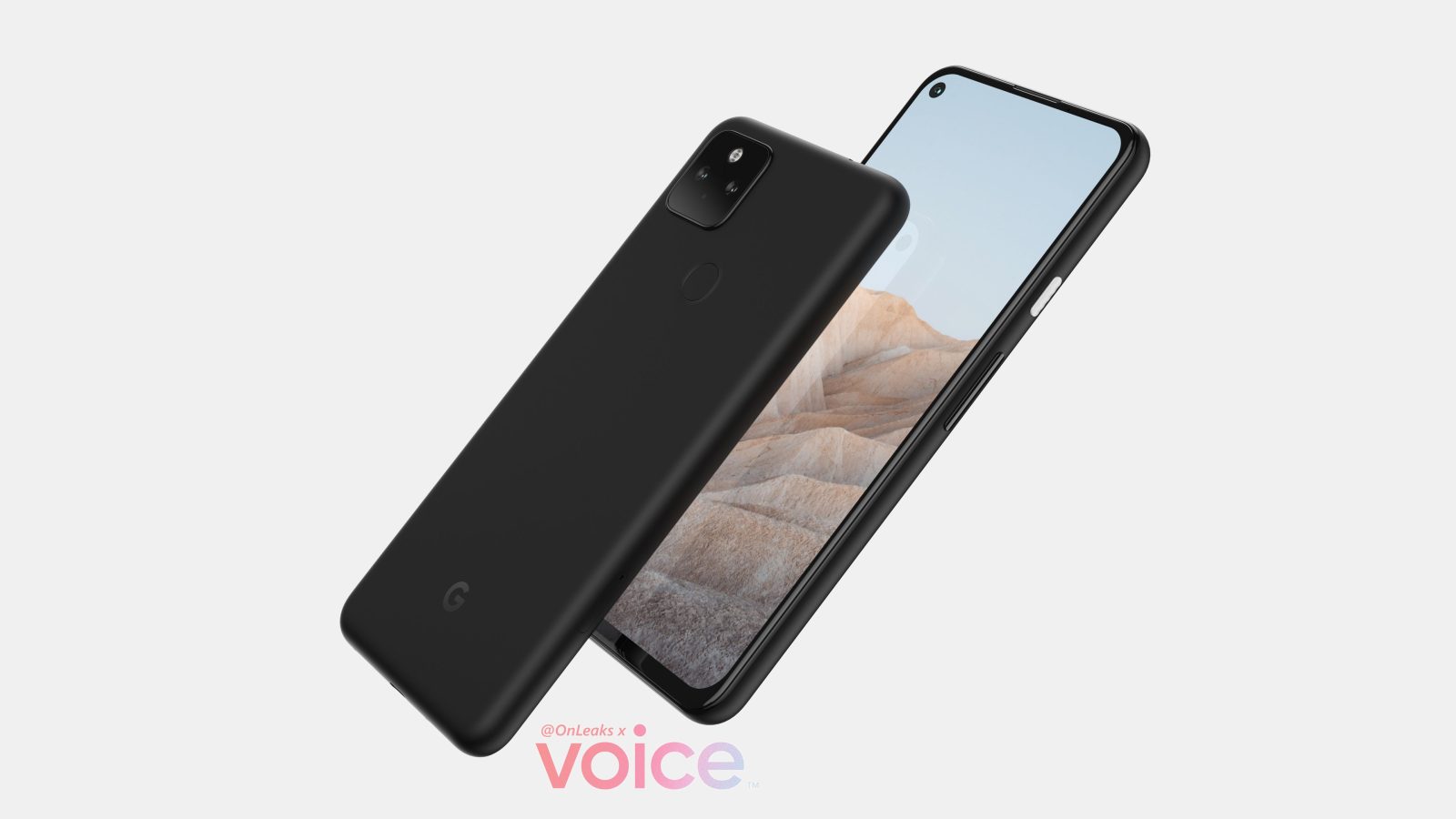 OnLeaks (Steve Hemmerstoffer) on Voice today has renders of what’s being called the “Pixel 5a.” The dimensions (156.2 x 73.2 x 8.8mm) are nearly identical to the Pixel 4a 5G, though it’s 2.3mm taller, .8mm narrower, and .6mm thicker. A “unibody (likely plastic made) rear panel” is said to be in use, with the Pixel 3a and 4a both opting for plastic rather than glass. The only appreciable difference looks to be a ridged power button design.

Despite tweaks to the physical body, it also has a 6.2-inch OLED FHD+ display with a thicker bottom bezel breaking the uniformity of the other three sides. There continues to be a hole-punch front-facing camera in the top-left corner.

The camera system is a notable improvement over the Pixel 4a by jumping to a dual-lens setup, but — again — it’s said to be the “same configuration as seen on the Pixel 4a 5G and Pixel 5” (12.2MP dual-pixel and 16 MP ultrawide). Other shared specs as an a-series phone include the 3.5mm headphone jack and rear Pixel Imprint fingerprint sensor. There are two cutouts for a speaker and microphone flanking the USB-C port.

This “Pixel 5a,” if that ends up being the final marketing/launch name, would have an incredibly staid design. Such an approach would, in theory, help lower Google’s production costs, with the overarching goal of the a-line to be creating an affordable entry device.

Today’s leak offers no specifications or insight into what processor Google will use to power the Pixel 5a, though 6GB of RAM and 128GB of storage is a safe bet. A big question is whether this device will feature 5G connectivity given the big push in 2020.

In terms of launch, the first half of this year is a safe bet as last year’s phone — barring the pandemic and production disruptions — would have likely been announced in May, just like 2019’s Pixel 3a.