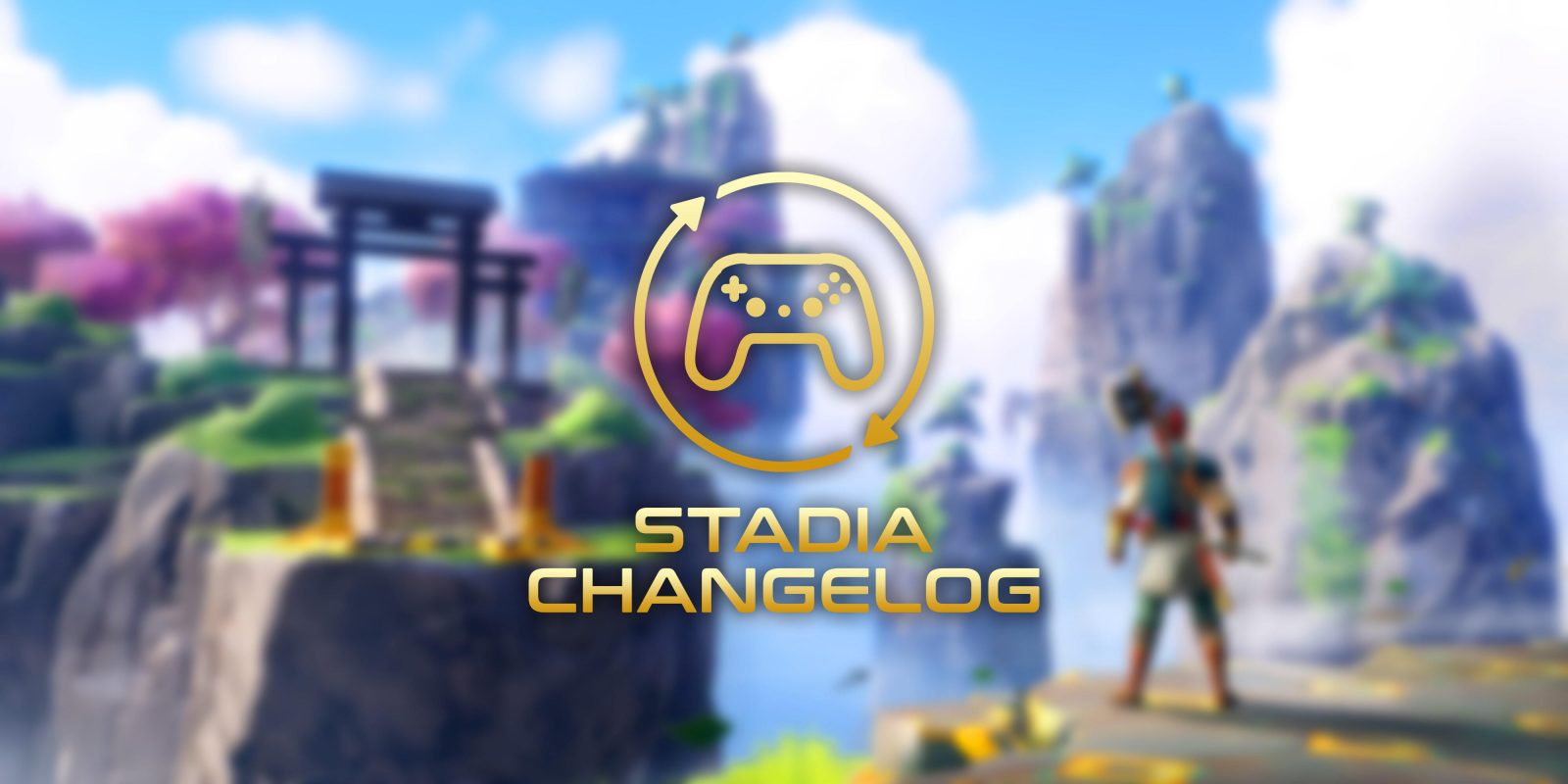 After a brutal couple of months, things are starting to heat up in the gaming industry with more updates and announcements. This week, the upcoming game Humankind announced an unfortunate delay as Immortals: Fenyx Rising picked up its Myths of the Eastern Realm expansion and more.

New on the Stadia Store this week were three games, perhaps most notably including Kaze and the Wild Masks, one many in the community have been excited for. The full list includes:

As of this week, Google has added 27 games to Stadia in calendar year 2021, well on its way to the promise of at least 100 titles added this year.

If you’re looking forward to Square Enix’s upcoming Outriders, good news! On Stadia, the game will see an earlier release window than some consoles. That’s because the Stadia port is based on the PC version of the game, which also hints at potentially some better graphics performance (fingers crossed!).

Outriders will be available on Stadia across the globe at midnight EDT on April 1. The same time, notably, also applies for Nvidia’s GeForce Now streaming platform.

Humankind game gets delayed by a few months

SEGA’s upcoming game Humankind is getting a delay, unfortunately. The strategy game that looks a lot like Sid Meier’s Civilization series had a playable demo on Stadia last year and the game was set to release next month, but the developers this week announced that Humankind would be delayed to August 17. In a brief post, the Humankind developers explain that the delay will allow for “an amazing day one experience.”

Hoppo Games announced its “Anniversary Update” for Risk of Rain 2 this week, but so far the update is only live on PC/Steam. The update brings with it a new survivor, several new items, and more. Apparently, the update is coming to consoles “soon,” but it’s unclear at this point where Stadia stands in line. Previous updates have arrived at roughly the same time as PC, so it’s unclear why this one is delayed.

You can read more about everything new in the Anniversary Update here.

Ubisoft’s Immortals: Fenyx Rising focuses mainly on the mythology of the Greek gods, but in a new expansion the story moves eastward. “Myths of the Eastern Realm” has players acting as Ku, a new hero with new exotic monsters and Chinese deties.

Experience an exciting new tale inspired by Chinese mythology! As Ku, a brave new hero, you must help the Goddess Nuwa restore the balance between Heaven and Earth. Encounter legendary Chinese deities, fight exotic monsters, and challenge yourself with unique puzzle mechanics in the quest to save humanity.

Embr expands with cross-play in tow

The hilarious fire-fighting game Embr has just expanded to Xbox One, PlayStation 4, and Nintendo Switch. It’s the same game on these new platforms, but does support cross-play with all other platforms.

A new expansion is headed to Hitman 3, with the “Seven Deadly Sins” announced this week. The first part of the expansion arrives next week on March 30th.

New DLC is coming to HITMAN 3 on 30 March! The Seven Deadly Sins is a 7-part expansion for HITMAN 3 that takes players deep into the mind of Agent 47. Can you resist all seven sins?

HITMAN 3: Seven Deadly Sins will be released over time through seven unique content packs. Each of the seven packs are focused on a different sin and include a visually distinct contract, sin-themed unlockable suit and at least one sin-themed item that can be used across the World of Assassination. Some items may also have unique properties to remind you of the sin they are inspired by…

This was a huge week for games announced for Stadia, so let’s run through everything announced. Most notably, Capcom is bringing Resident Evil: Village and Resident Evil 7: Biohazard to Stadia. The latter will be free for Stadia Pro members in April while Village will be launching in May with free gear, too. Alongside that, it looks like Capcom is also bringing Resident Evil Re:Verse to the platform, or at least a note in the store’s listing seems to point in that direction.

Our friends over at StadiaSource also discovered evidence that points to Real Farm is likely on its way to Stadia.

This week, my gaming obsessions have been focused on Murder by Numbers, a game that combines the investigative aspects of murder mystery visual novels with increasingly difficult Picross puzzles. I had been meaning to pick this game up last year when it launched on Switch, but I’ve been holding out for the Stadia release ever since it was first spotted at a ratings board. For me, Murder by Numbers is the first game on Stadia that has helped me recapture the magic of playing games in the heyday of the Nintendo DS. For $7.50, I strongly recommend any puzzle fans to pick up this gem.