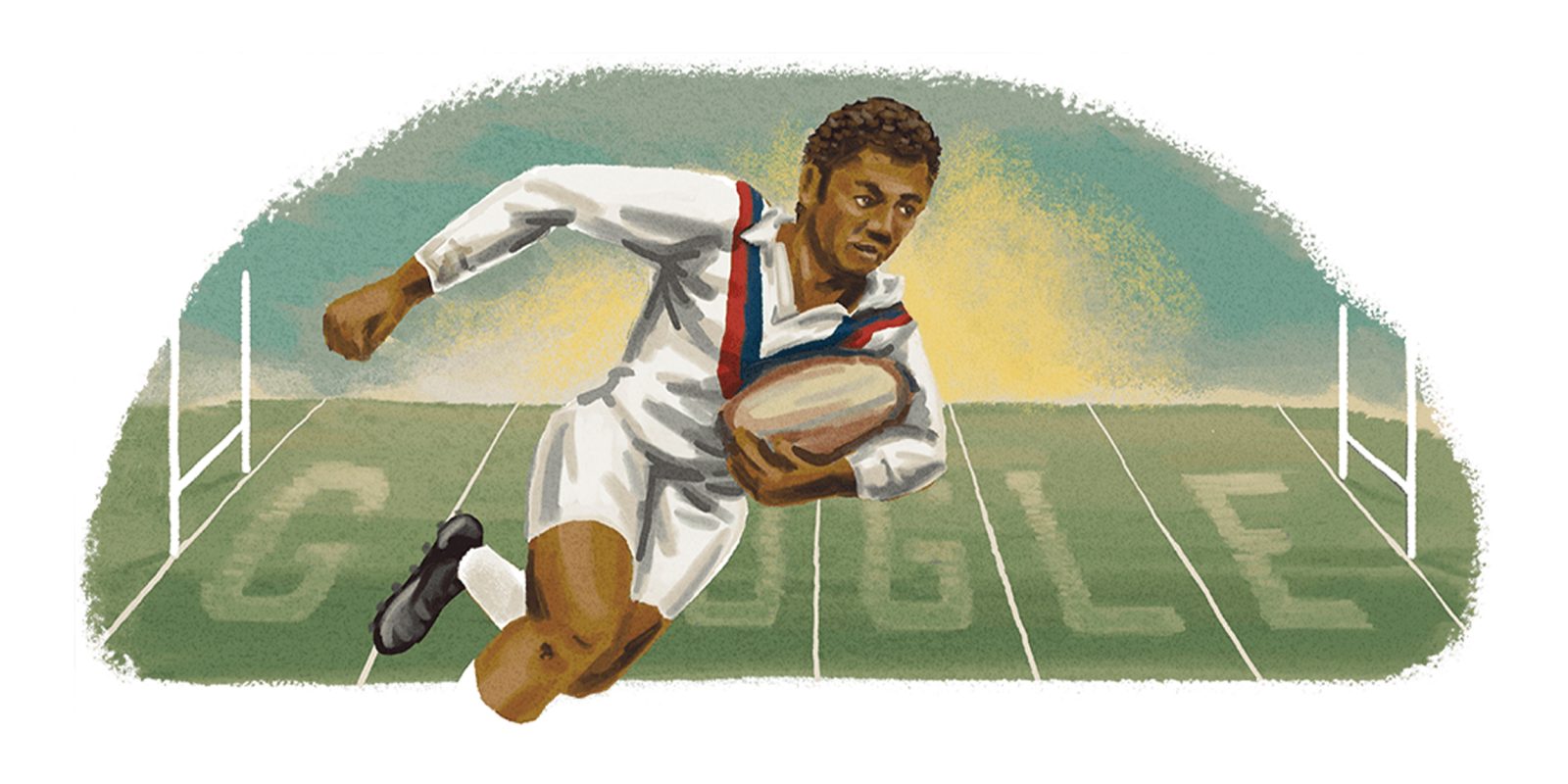 Today’s Google Doodle in the UK is celebrating the 78th birthday of a genuinely legendary rugby league star — Clive Sullivan.

The first Black captain of any major British sports team when he led the Great Britain national rugby league side also known as “The Lions.” Clive Sullivan was born in Cardiff and a born rugby star. After leaving school and working for a short period as a motor mechanic, he joined the British Army in 1961. He completed his basic training at Catterick in North Yorkshire and went on to be trained as a radio operator.

During his time at the Catterick Garrison, Sullivan was picked for an inter-corps rugby union match. The Army disregarded previous injuries to allow Sullivan to play, where he shined, eventually leading to trials at Bradford, but this led to a trial with another rugby league side.

Although predominantly a nation that favors the rugby union form of the game, Clive Sullivan went on trial at rugby league side Hull FC aged just 17. After impressing on trial, Sullivan signed for the East Yorkshire-based side going on to play over 350 games for the Airlie Birds before moving to the east side of the city with Hull Kingston Rovers. He amassed over 200 games for The Robins but made his name at FC as a winger.

Sullivan represented Great Britain at two World Cups, 1968 and 1972, before representing his native Wales in 1975 almost a decade before retiring from the sport that helped elevate him to legendary status within the United Kingdom. He is still the only player to score 100 tries for both Hull professional clubs.

Aged just 42 and, more sadly, just six months after retiring from the game, Sullivan passed away after a short battle with liver cancer. Such is Sullivan’s stature in Hull, the main road into the city that briefly passes another national landmark — the Humber Bridge — was renamed to Clive Sullivan Way shortly after his death in 1985. His presence is still felt within the city, with an annual pre-season Clive Sullivan cup played between his former clubs — Hull FC and Hull Kingston Rovers.