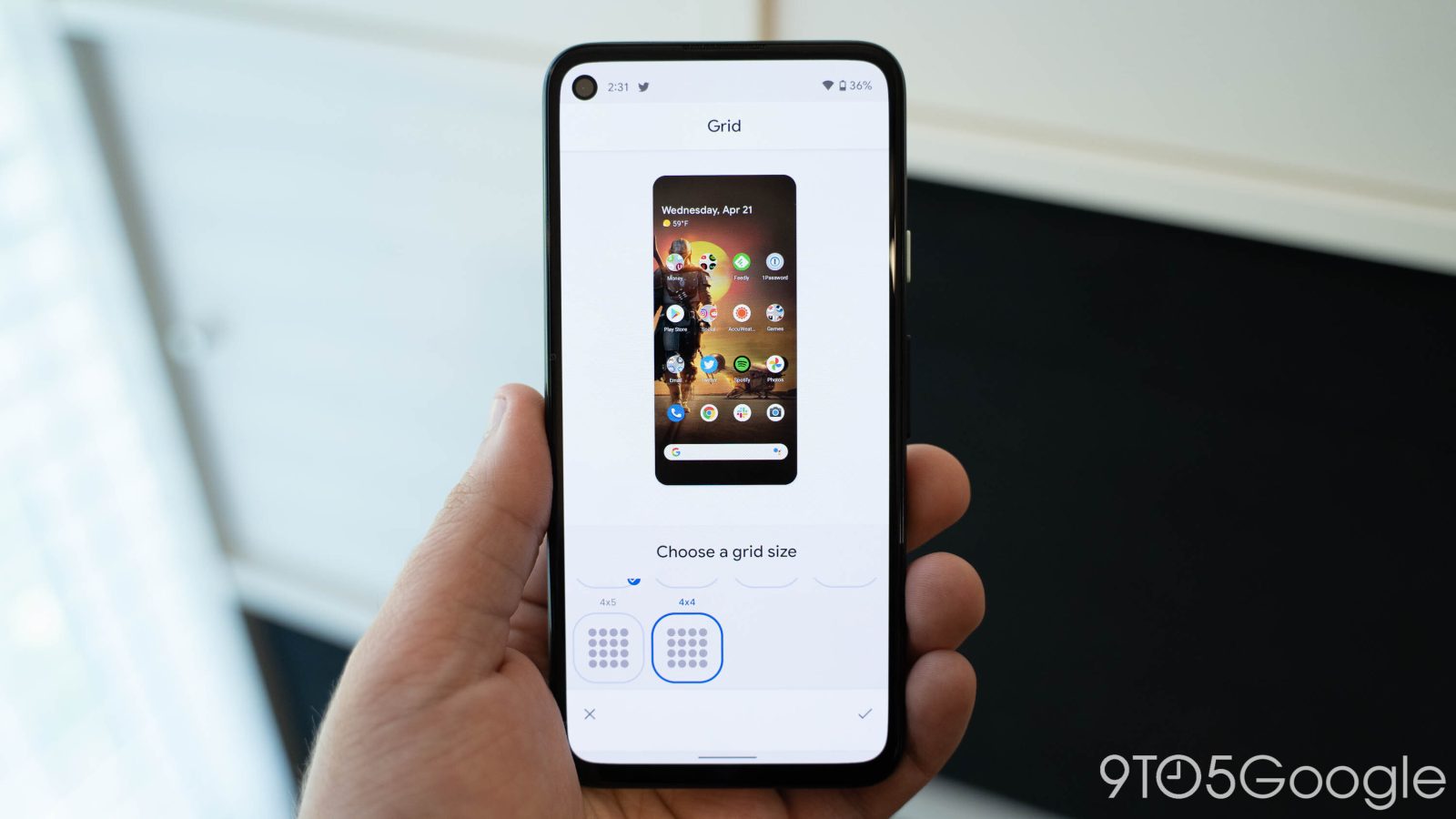 The Pixel Launcher gained a 4×5 grid option with Developer Preview 1 in February and is now picking up a second 4×4 layout in Android 12 DP3 that notably shrinks the size of app icons.

Android 11 today offers Default (5×5), 4×4, 3×3, and 2×2 grid sizes. Each drop in the number of total apps you can see greatly enlarges the icon size. While it’s definitely useful for some, the size might be too overwhelmingly huge for others.

The third developer preview of Android 12 today adds a second 4×4 Pixel Launcher grid option that retains the icon size of the Default (5×5) view. It appears at the very end of the tab, while the At A Glance remains at the top-left corner for both configurations.

For those just switching to Pixel from other Android OEMs, it offers a slightly more familiar homescreen experience. There’s also a subtle iPhone-like quality to it.

For the Pixel Launcher, Android 12 could be the start of allowing users to customize app size and grid density. In general, it would be better for the company to offer granular homescreen customization — preferably via sliders — instead of requiring users to choose from templates.

Today, the two 4×4 options share the same name and the difference is not obvious unless you first preview each of them. That will presumably change in a future release in time for the final launch.