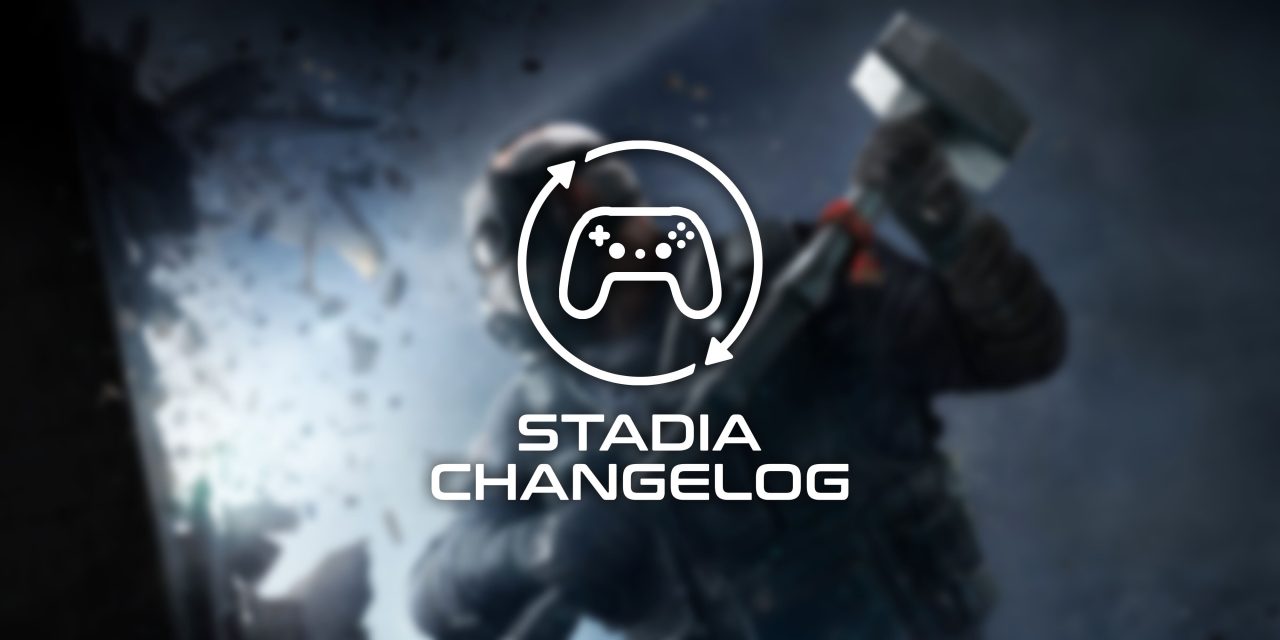 Two new games arrived on Stadia during the week of May 10, but the bigger news was what the future holds in store with increased Stadia interest from Ubisoft.

Just two new games arrived on Stadia this week, as the industry as a whole goes through a bit of a drought. The first was Street Power Football, the second being the indie management game Hundred Days, a winemaking simulator. Both games cost under $30.

As of this week, Google has added 47 games to Stadia in calendar year 2021, well on its way to the promise of at least 100 titles added this year.

The bigger news this week as far as new games go is what’s on its way. Ubisoft confirmed in an earnings call this week that at least three more titles will be making their way to Google’s platform. The hit Rainbow Six Seige Year 6 will be arriving at some point, likely in June, as the documents noted “Season 2,” which is set to be released in that month. Further, For Honor and Uno: 50th Anniversary will both be arriving sometime between now and June. Ubisoft also opened up a job listing for a “Google Compliance specialist tester,” which heavily implies the publisher is only putting more resources behind bringing games to Stadia.

Google also directly confirmed two more games on Friday, May 14. The first is Super Animal Royale, which is arriving “soon” and will be a completely free game on the platform. The other is Shantae and the Pirate’s Curse, which comes out this Summer. Our friends over at StadiaSource also founded evidence that a new kid-friendly game will be heading to the platform soon in Blaze and the Monster Machines: Axle City Racers.

Good news this week for fans of the latest Assassin’s Creed title. The “War of the Druids” expansion is now available on all platforms. Ubisoft rolled out the update to Stadia alongside other platforms earlier this week as the first major update for the game. The expansion is available as part of the Valhalla Season Pass.

Stadia Premiere is 50% off in the UK for Chromebook owners

If you’re located in the United Kingdom and have access to a recent Chromebook, you’re in luck. The latest Chromebook Perk in the UK is 50% off of a Stadia Premiere Edition bundle. Check it out here.

The delayed, but now released on Stadia port of Dirt 5 is getting an upgrade that cloud gamers will certainly appreciate. The matchmaking pool for the game now supports cross-platform players. The update was made available on May 11.

The unfortunate bit, though, is that this feature won’t be available on Stadia for a while.

Destiny 2: Season of the Splicer

Destiny 2 made headlines this week when cross-platform matchmaking was mistakenly opened up to players, but there was another event. The game’s latest season, Season of the Splicer, is now out.

The Vex have plunged the Last City into an endless night, threatening the safety once found beneath the watchful presence of the Traveler. It is here, bathed in perpetual moonlight, that Ikora reveals the identity of an unlikely ally that may hold the keys to triumphing over this attack.

Over the course of this week, two new updates arrived for Hitman 3 players. The first is the latest part of the Seven Deadly Sins series, with the “Season of Pride” live now until June 13.

On May 12, the game also rolled out the “Iconoclast Update,” which adds the time-limited target Mendoza. The Iconoclast is available until May 24.