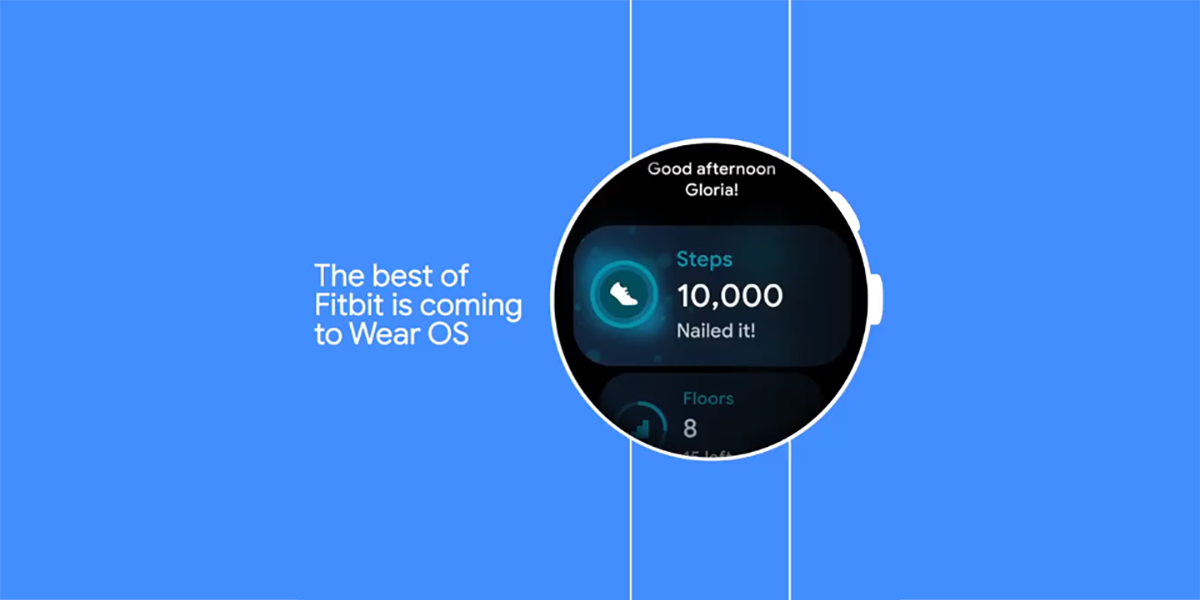 As it turns out, the acquisition of Fitbit by Google really was about improving Wear OS for the better. Today at I/O, Google announced a revamp to Wear OS that hinges on Fitbit’s health expertise, and it includes essentially copying the step tracking and motivational badges that watches like Sense and Versa use today.

Fitbit CEO James Park spoke out during I/O today to say that Fitbit will be a core part of Wear OS and that, in the future, premium smartwatches from Fitbit will be using the platform.

Along with that, he also confirmed that some Fitbit health tracking features will be coming to Wear, which directly includes step tracking, floor tracking, and motivational badges. Park explained:

…we’re working on bringing the best of Fitbit to Wear, and we’ll be making some of Fitbit’s most popular features available on Wear watches, including tracking your health progress throughout the day and on-wrist celebrations to keep you motivated.

A tweet from the official Wear OS by Google account gives us a quick glimpse of the revamped operating system and a UI that’s virtually identical to what’s seen on Fitbit Sense and Versa 3. In it, we can see step tracking and floor tracking in the same look you get from the “Core Stats” section of Fitbit OS today. The step section also includes an animation that’s similar to what Fitbit does when you hit your daily step goal. It’s using the same icon and everything!

What does this mean for Wear OS and Fitbit when it comes to health tracking? There are still a lot of questions around that as, really, we’ve only seen a sneak peek at what this revamped platform will have to offer.