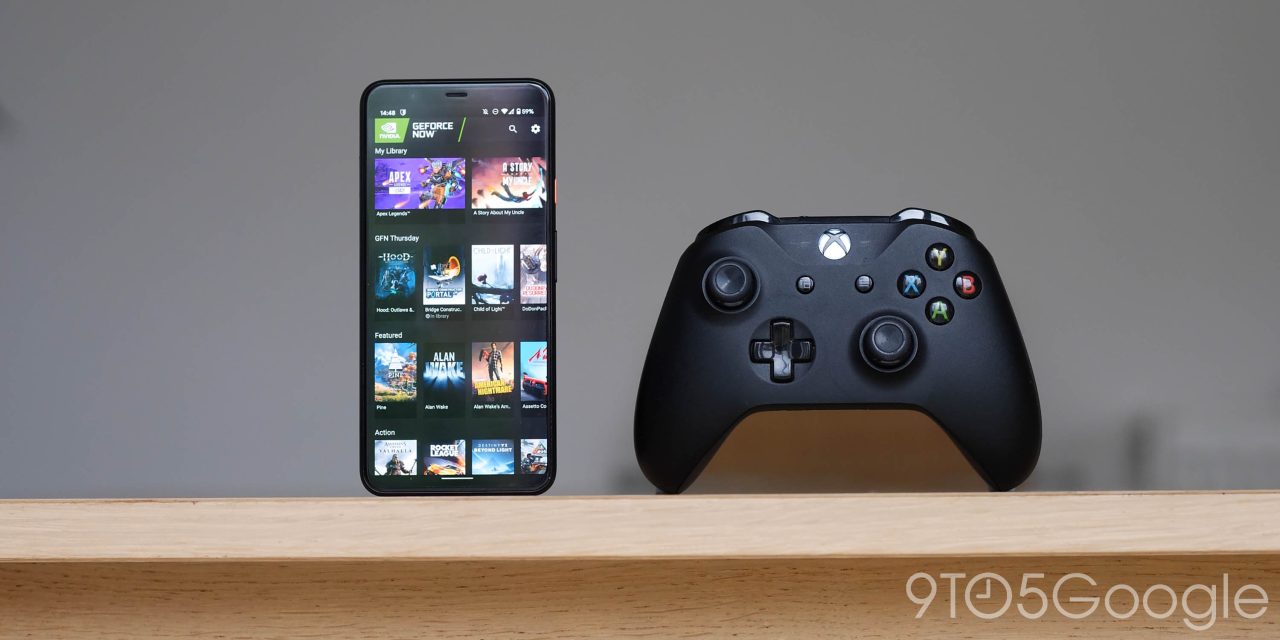 The age of gaming at just one “station” in your home is over, and cloud gaming services usher in an era of PC-quality gaming on the go. NVIDIA GeForce NOW can be played across PC, laptop, Mac, and mobile, and with that transition in mind, here are five of the best controller-friendly games that you can play right now.

Having a ton of large game files on your Android phone is a pain, especially if you are low on storage space. Cloud services like GeForce NOW just let you pick up and play some of the biggest games on PC without needing a beefy gaming laptop.

That poses a question though: Are you a keyboard and mouse or a controller gamer? Let us know down in the comments section and tell us why you think your choice reigns supreme. While keyboard and mouse may be great for PC gaming, gaming on the go is pretty darn good with a gamepad. If you want to take your gaming sessions with you and have access to a Bluetooth gaming controller, here are five titles we think that you should start with:

One of the all-time classics has just turned 10 and simply has to be experienced no matter how you feel about first-person games. A mix of physics-based puzzles, an excellent and engaging story, and fully controller-friendly gameplay means that Portal 2 is a must-play game for gamers of any experience level.

Graphically it’s not the best-looking game in existence but when running through the cloud at a crisp 1080p and 60fps, it’s smooth, snappy, and it holds up well courtesy of Valve’s Source Engine. Because the controls are simple and easy to pick up, connect a Bluetooth gamepad and the experience is just as good as on your PC. Well, technically better as you can play Portal in the park, from your phone.

With the recent Season 9 launch, Apex Legends has evolved into one of the very best looter shooter Battle Royale games available. It’s easy to suggest, as cross-play lets you team up with friends on various platforms and even though Apex Legends is now on another portable form factor – the Nintendo Switch – it runs so much better in the cloud than it ever could on the portable console.

The gameplay is frenetic and matches can vary from just a few minutes to around half an hour. New characters and map changes are introduced with every new season and the player base has remained high — meaning you don’t have to wait around to drop into a match. Although Apex Legends is a very controller-friendly game, my advice would be to drop down your sensitivity, turn off vibration feedback, and learn to play with the claw grip, and you’ll start getting more kills and climbing the leaderboards.

With the Google Play Store and iOS lacking official access to Fortnite, one of the best ways to play is still using GeForce NOW and with a controller, you don’t need to rely on confusing, cramped on-screen controls when diving off the Battle Bus. The constantly evolving nature of Fortnite’s gameplay and in-game map, third-person viewpoint and the art style are core reasons that it has amassed such a large following.

Playing with a controller is so much more comfortable on your smartphone as rather than having on-screen buttons obscuring your view. This frees you to enjoy the multiple game modes without worrying if you’re at a disadvantage — if, like me, you’re a terrible Fortnite player. Sure, you don’t need to play with a controller, but if you have played a ton of Fortnite on console, it’s a really controller-friendly game on PC with customizable aim-assist that helps ensure you’re not at a disadvantage to those playing with a keyboard and mouse on PC.

Controller keybinds are fully customizable here too, which means you can tailor the Fortnite experience way beyond what is possible in the dedicated mobile app. Not only is this GeForce NOW the best way to play Fornite on mobile, but it also looks superior too.

Looter shooters are certainly not lacking in 2021, and Outriders is one of the latest. It pulls a lot of influences from the likes of Destiny, Gears of War and many other great 3rd person games, but there is enough here to unpack and enjoy if you are new to the genre or want to fill a Gears of War-shaped gap in your life. This title is designed from the ground up to work with a controller, so it when you’re playing with a linked Bluetooth gamepad, it plays like a dream.

The main story is a little bit derivative and has a group of mercenaries called the “Outriders” heading on a trip across the galaxy from Earth to Enoch as our home planet has become a bit of a hellscape due to a lack of resources yada, yada, yada. It’s nothing that cinema and video games haven’t already taken a well-worn path down previously, but it sets things up nicely to just slap a trigger button on your gamepad when faced with wave after wave of on-screen drones.

Being able to play the game almost entirely in co-operative mode is a pretty major bonus, but the controller-friendly gameplay is one of the core reasons that Outriders is well worth a look.

All of the Assassin’s Creed games are very controller-friendly. In fact, they should really be played with a controller for maximum enjoyment in our opinion. Valhalla is the latest and greatest, and while the parkour elements are less pronounced, this is a true triple-A title in every sense of the word.

Sure, the game is playable with on-screen controls, and it’s fun with a keyboard and mouse, but it’s controller-friendly for a reason. Assassin’s Creed was originally made for console, and so it’s still most enjoyable with a gamepad over any other input method. The fact that you get 1080p 60fps gameplay is yet another benefit, but it’s as smooth as silk.

With such a large game world to explore and recent DLC joining the party, Valhalla might be the perfect portable title to play in the Assassin’s Creed universe.

What are your favorite controller-friendly games to play on mobile? Are you a controller or keyboard and mouse your player? Let us know down in the comments section which is your preferred way to play.“