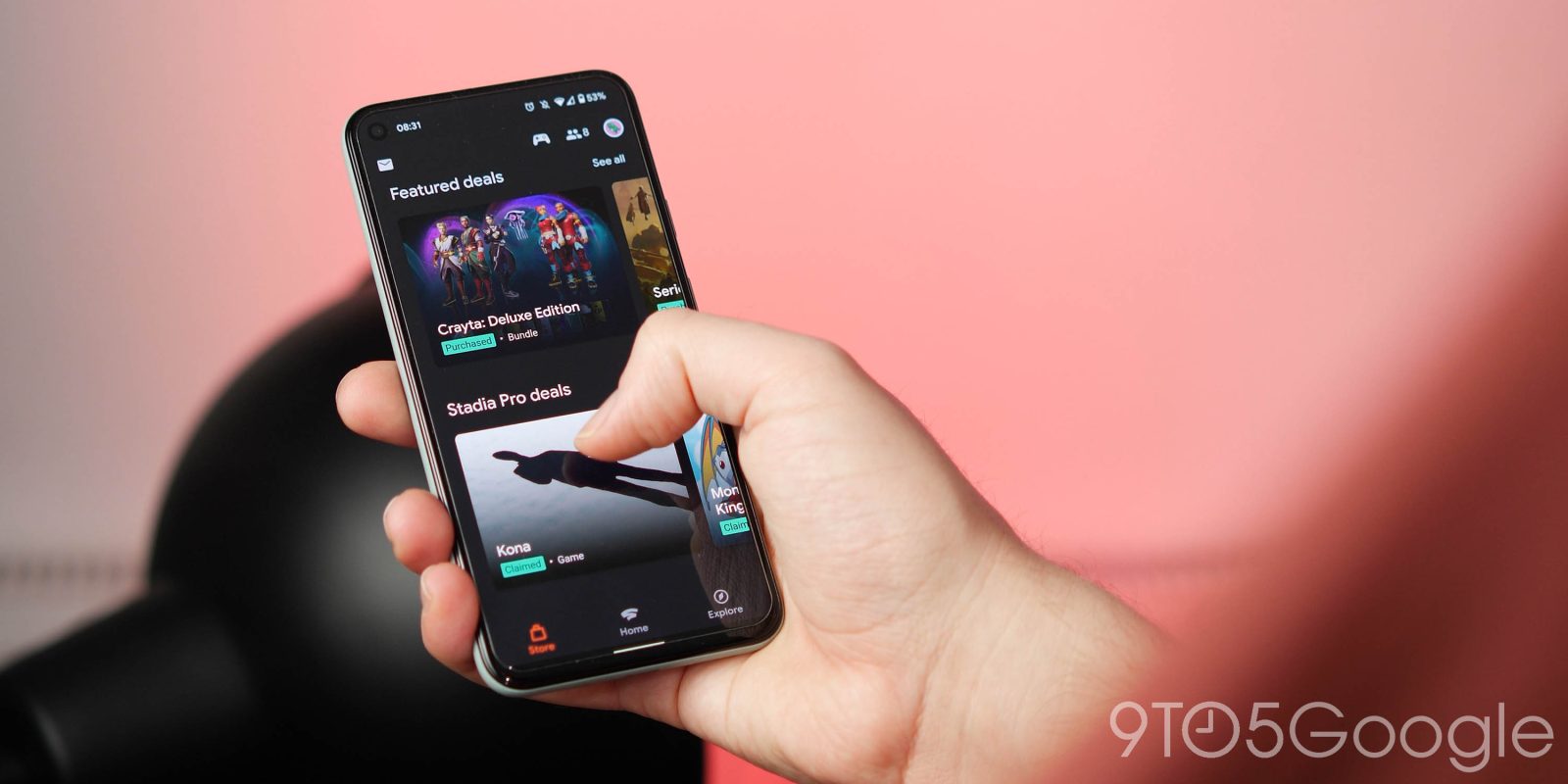 The latest update to the Stadia app for Android includes work toward filters for the store, the ability to voice chat with friends, the much-anticipated Google TV app, and more.

For the longest time, one of the biggest criticisms of Stadia was the lack of search functionality, which finally launched on the web a matter of weeks ago. Today, the Android app is still lacking any sort of search, leaving players scrolling through the various lists of games to find what they’re looking for.

With Stadia 3.18, Google is preparing to add a simple filter system to the store on Android. Starting out as an experimental feature, to be enabled in the app’s “Experiments” page, you’ll be able to filter for games whose names contain the text you’ve typed.

While this is not the full search experience players have been waiting for, Google explicitly promises that search is “in development.” Instead, this filter system is likely intended as a stopgap measure in the meantime.

Adds a text filter bar to lists of items in the Stadia Store, making it easier to find what you’re looking for. Support for more advanced search functionality is in development.

Even with this update installed, this new “experiment” is not yet available in the app, for the time being.

The update also includes a significant amount of work towards introducing voice chat into Stadia for Android, another painfully missing feature. In particular, we find that the app may use a “foreground service” to handle voice chat, which should ensure your chat will continue if you switch apps away from Stadia.

You’re in game chat and your mic is muted

You’re in game chat and your mic is on

You’re in game chat but don’t have a mic

You’re in party chat and your mic is muted

You’re in party chat and your mic is on

You’re in party chat but don’t have a mic

Tap to return to game

Tap to return to party

Additionally, there’s new text to be shown when the Stadia app asks for permission to use your microphone, as well as explanations of how to give the permission if you’ve denied it in the past.

To speak in party and game chats, let the Stadia app use your mic

To speak in voice chats, go to your device settings and tap Permissions > Microphone to let Stadia use your mic

To speak in voice chats, turn on the microphone permission in your device settings for the Stadia app

Last month, in Stadia 3.15, we found the beginnings of a new feature for the app called “Bridge Mode.” Simply put, it allows you to use your phone to connect your favorite controller to Stadia over Wi-Fi. This would allow you to use almost any controller with Stadia on Chromecast Ultra instead of that platform being limited to owners of a Stadia Controller.

Since the last update, it looks like Bridge Mode has seen a good bit of progress in the app’s code, putting it ever closer to launch. We even find new texts confirming our suspicion of how Stadia’s Bridge Mode will work.

If a controller is connected to this phone via Bluetooth or USB, you can use that controller to play on TV.

If you don’t have a controller, use this phone as a touch gamepad to play on TV.

There’s even a “flag” to enable Bridge Mode, suggesting that Google may be testing it internally ahead of launch.

Last year, Google promised that Stadia would come to the new Chromecast with Google TV sometime in the first half of 2021. With June now underway and the deadline they’ve set for themselves drawing near, Stadia 3.18 includes more prep work for supporting Android TV and Google TV.

First up, we see some work toward the Stadia store supporting the PIN-based security that Android TV uses for transactions.

More interestingly, it seems that Stadia will offer a special set of surround sound settings on the Chromecast with Google TV that seemingly might not be available on other Android TV devices.

That said, in our testing, there were no noticeable differences to the Stadia app on the Chromecast with Google TV after sideloading the update.

Stadia 3.18 also includes a variety of code seemingly related to potential audio adjustments such as balance, fader, bass boost, and whether or not your system supports one of Dolby’s metadata formats.

Similarly, we find some potential tweaks for your display brightness.

At this point, it’s not clear if Stadia is going to gain these types of audio/video settings directly or if these are used by an underlying bit of code that Stadia uses.