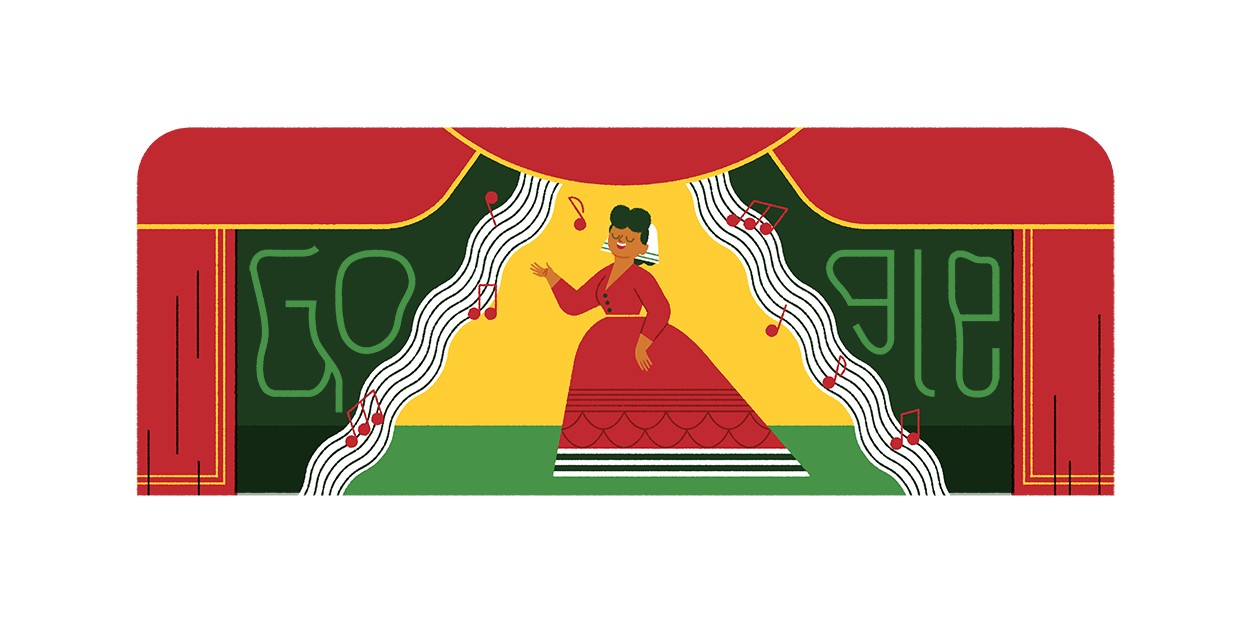 Google has replaced their homepage logo with a Doodle celebrating the birthday of Ángela Peralta, an internationally recognized opera singer once dubbed “Mexican Nightingale.”

Ángela Peralta was born on July 6, 1845 — 175 years ago today — in Mexico City, and from a young age was found to have a talent for both singing and music in general. By the age of 8, Peralta got her start in operatic works, performing a cavatina — a short song — from Belisario.

Her formal debut into the opera scene took place at age 15, performing at the Gran Teatro Nacional, Mexico City’s premier opera house. Following the success of this performance, Ángela Peralta and her father moved to Italy so she could study opera where it originated. There, she was given the opportunity to perform for an audience that included King Victor Emmanuel II of Italy. In the following years, Peralta sang in opera houses across Italy, Spain, Russia, and Egypt, with some performances receiving extended standing ovations resulting in dozens of curtain calls.

In 1871, following a return to Mexico City and another performance at the Gran Teatro Nacionale, Ángela Peralta took firmer control of her career by founding her own opera company. Unfortunately, her life was cut short at the age of 38 when her 1883 tour stopped in Mazatlán, as the city experienced a yellow fever outbreak shortly thereafter. The Teatro Ángela Peralta in Mazatlán carries on her legacy and her devotion to the arts to this day.

Today’s Google Doodle depicts Ángela Peralta onstage, in mid-performance, with the artist taking some visual cues from the few existing photos of Peralta. Meanwhile, over on the Doodle Blog, Google has shared two early drafts of the artwork, offering some insight into the artistic process.