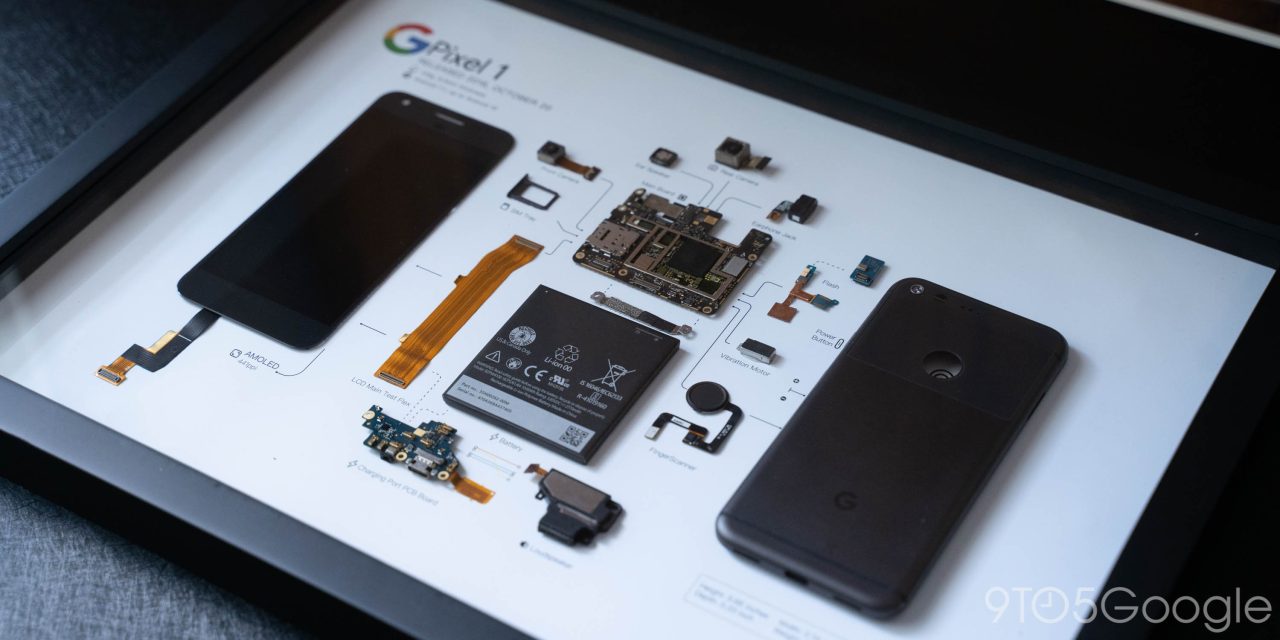 Old smartphones can be a collector’s item to the right person, but often, they end up sitting in a drawer. If you’re a big fan of the Android platform and, specifically, Google’s Pixel lineup, then this neat Google Pixel wall art from Grid Studio might just be for you.

While a phone in a frame on its own would make a neat bit of art, it’s the special layout that really lets this piece shine. Grid’s design takes apart the Pixel and lets its core elements shine. You can see the Pixel’s namesake, the camera, as the cherry on top of the design, with the display and metal body off to the sides. In between, the core internals are shown off with a really clever little design that would catch just about anyone’s eye and labeled to help you easily identify them.

The elements that the frame shows off specifically include:

The quality of the materials is immaculate for the most part, though I did notice that the unit came with just a bit of dust stuck to the inside of the plastic panel. Luckily, it’s easy enough to take that out and give it a quick wipe down. A neat point about the materials, too, is that all of the pieces are genuinely from a Pixel except the battery, which is fake. That’s a great choice by the designer because it makes the art safer in your home. Even with the battery no longer in use, there would still be a chance that it could expand and even catch fire if just left sitting around, a serious safety risk. It does look virtually identical to the real battery, though.

As far as mounting goes, the included gear will get you far. There are two drywall hooks included in the box to connect to the loops attached directly to the back. A bonus for renters, too, the whole frame is more than light enough — just shy of 40oz — to mount using a couple of Command Strips, which is what I ended up opting for.

Now, at a whopping $229 (and that’s a sale price down from $259), this doesn’t exactly come cheap. That’s not super surprising, given this is a piece of wall art that literally has a Google Pixel smartphone within it, but it’s a hefty price to pay nonetheless. That said, I can’t think of a better decoration for the office of a huge Pixel fan or even an enthusiastic developer. It’ll definitely grab attention, and it’s something I’ll happily have in my office for years to come. Heck, even the packaging is exciting to unwrap, as pictured below.

You can buy Grid’s Pixel art from the company’s website.