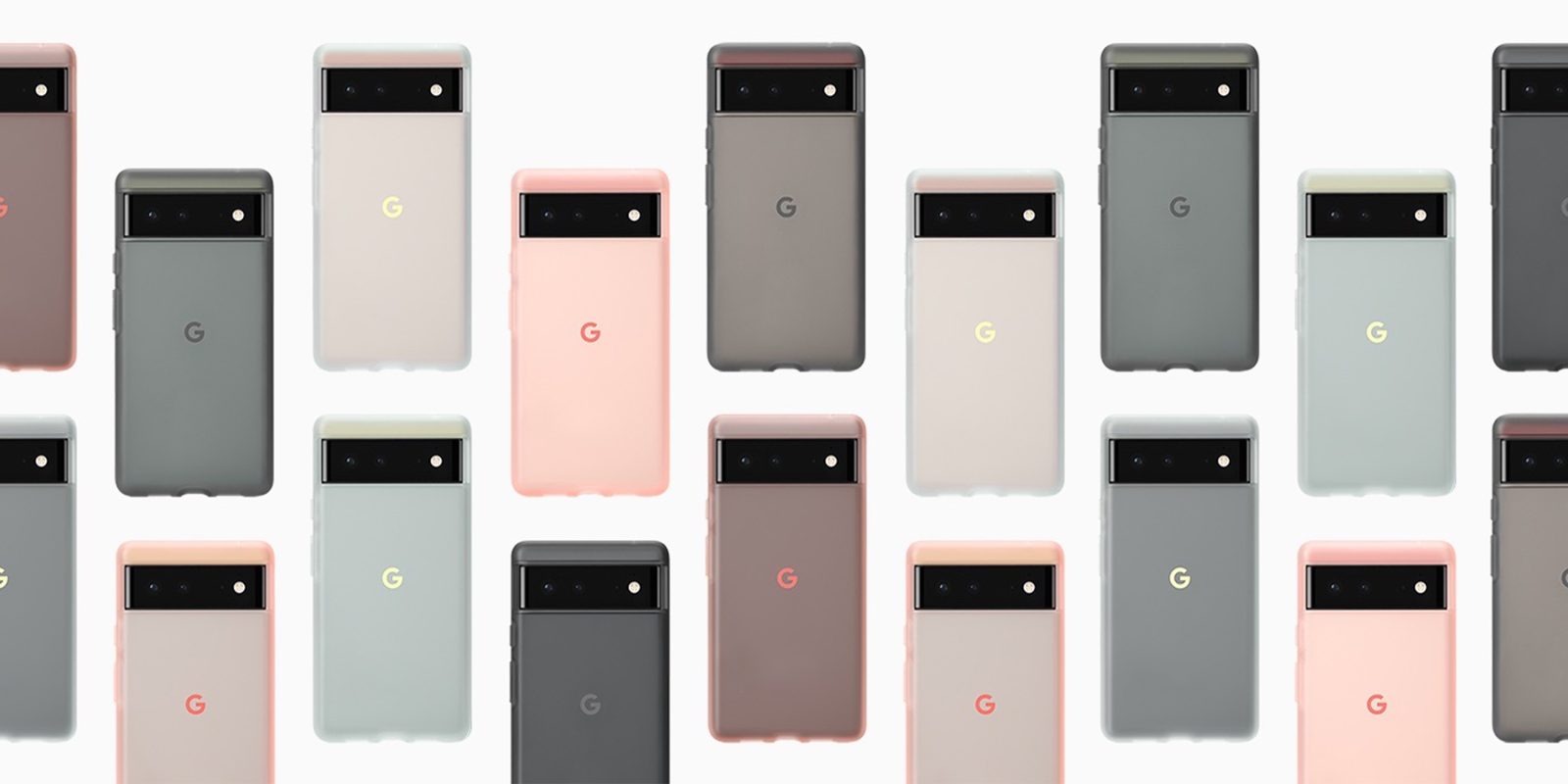 As part of any smartphone launch, you have to expect a wave of official cases — and the Pixel 6 and 6 Pro are absolutely no different in that regard.

Unlike in previous years, Google is dropping recycled fabric in favor of frosted plastic clip-on style cases as part of the official accessory lineup for the Pixel 6 and 6 Pro. While that is disappointing, this could have been a move to reduce overall device bulk as the flagship duo is among the biggest Made by Google smartphones to date.

Laser-precise and with a large “camera bar” cutout to accommodate the new rear chassis bump, each new case is made from 75% post-consumer recycled polycarbonate and includes a TPU outer layer. This continues Google’s efforts to make their product lineups more sustainable where possible. The end goal is still likely 100%, of which we remain hopeful in the near future.

Of course, a smartphone case needs to offer protection, and while these clip-on cases are quite pricey at around $29, they offer lightweight protection with the most accurate cut-outs for important hardware like the charge ports and the rear camera visor.

You’ll be able to pick up the official Pixel 6 cases in three distinct colors including: Stormy Sky, Light Rain, and Cotton Candy. Some of you may be disappointed to see that the colorful power button cover is now removed, but the “G” logo at the rear is color-coded in a deeper hue with each case.

Another notable here is that, because the cases are now frosted, none of the official Pixel 6 cases include a soft-touch inside panel seen on previous accessories. The removal of the rear Pixel Imprint capacitive fingerprint scanner also means that the “G” logo is also in a mode prominent central position at the rear of each case. All cases are also 100% waterproof and offer lip protection when placing face down or face up — ensuring your screen or camera modules are safe from scuffs and scratches. If you want to pick up one for yourself, all options are now up for pre-order on the Google Store priced at $29.