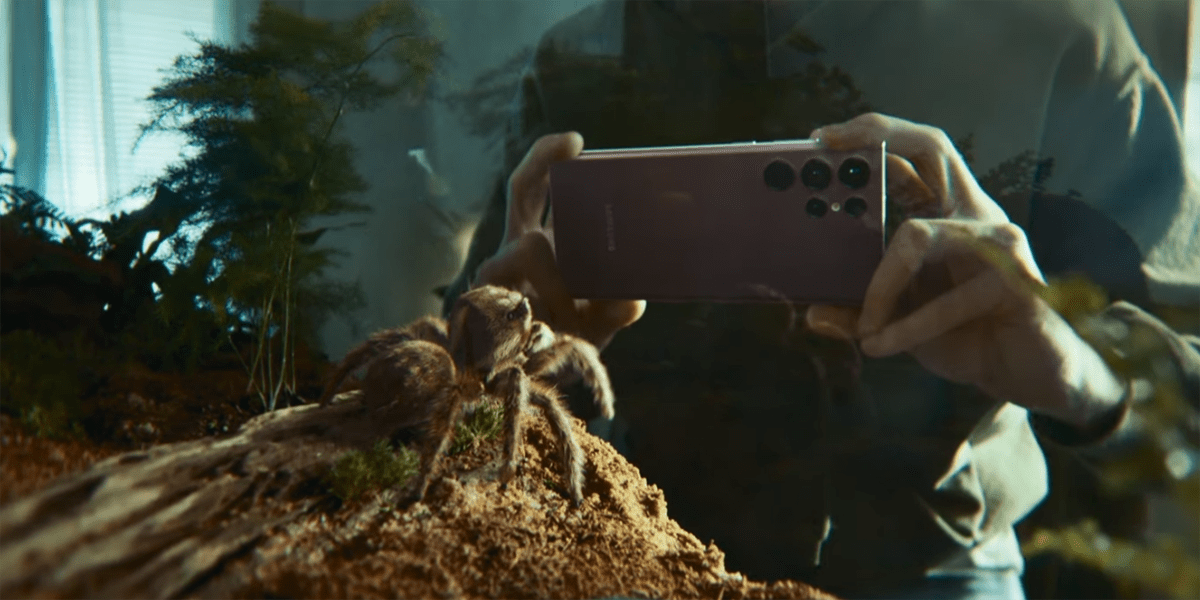 The Galaxy S22 Ultra is a Note by another name, but its most unique design aspect is easily the five circular camera-related cutouts on the back of the device. In a new ad, Samsung is fully embracing how that design reminds one of a spider.

Published in Germany, this new Galaxy S22 Ultra ad stars a pet spider, a tarantula, which spots a Galaxy S22 Ultra billboard being put up across the street, with the spider adorably mesmerized by the billboard until it gets taken down. The happy ending, though, is that the owner eventually comes home with a Galaxy S22 Ultra. The ad’s tagline then comes up, translated to “Love knows no boundaries.”

The spider’s character design looks very similar to the popular children’s cartoon Lucas the Spider, and it’s an adorable ad all the way through.

But at the same time, it’s quite surprising for Samsung to embrace this aspect of the phone’s design, especially in this way. The ad is sure to trigger those with arachnophobia, and the camera module itself has the potential to trigger trypophobia – the fear of repetitive patterns of closely packed holes or protrusions – too. Apple has, in the past, dealt with the latest iPhones as well as the Mac Pro and Pro Display XDR not settling well with some as a result of those design aspects.