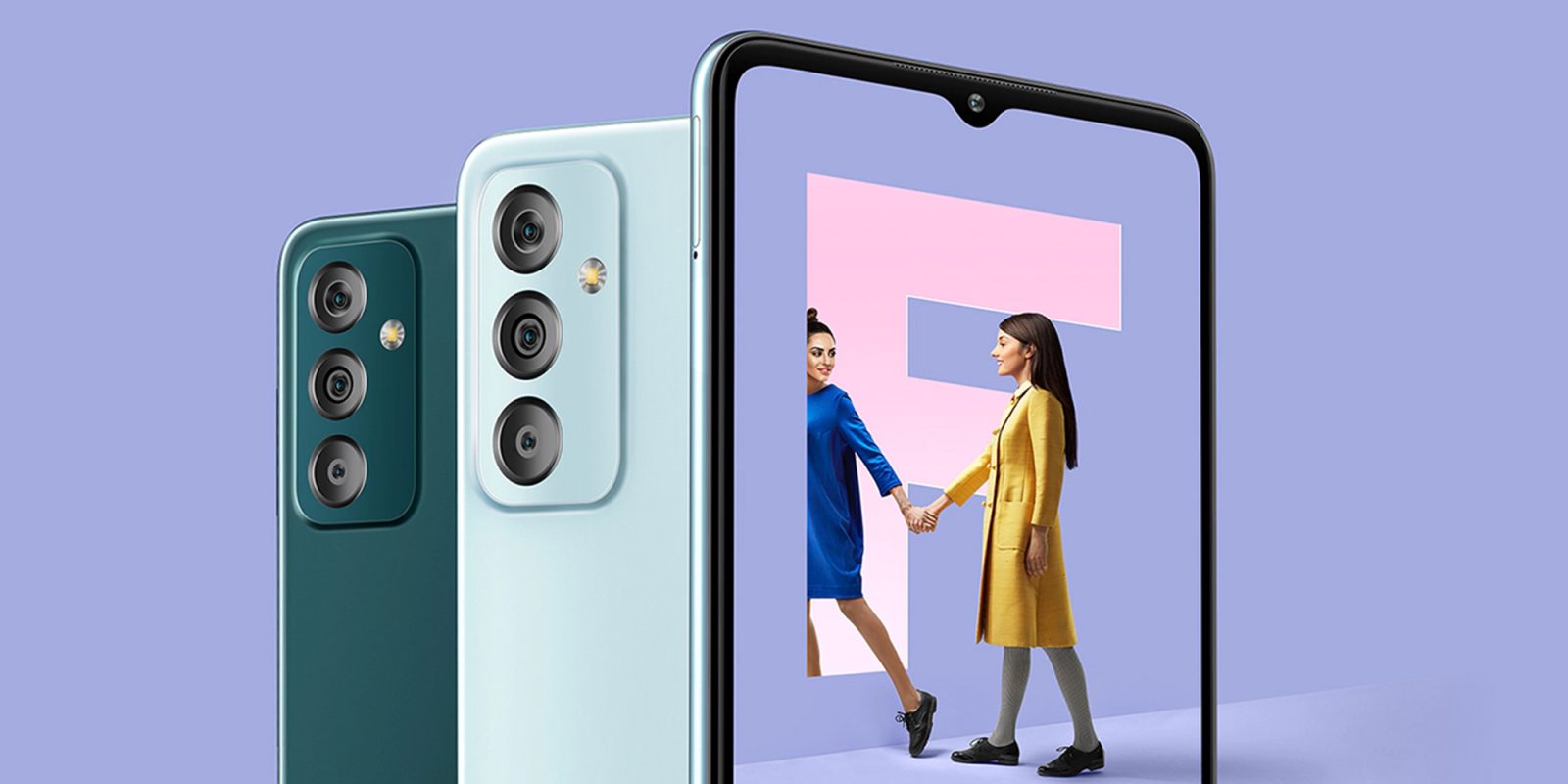 While we’re very much anticipating a new wave of affordable Samsung A-series smartphones, the low-end lineup has increased with the launch of the Galaxy F23 in India.

The Galaxy F23 looks like it might offer some serious bang for your rupee in India and leverages much of what made the Galaxy A52 5G such a compelling option last year. Measuring in at 6.6 inches, the Gorilla Glass 5 coated FHD+ display comes with a dewdrop notch and a 120Hz refresh rate.

Internally, the Galaxy F23 utilizes the Qualcomm Snapdragon 750 processor. This makes it the first such F-series handset to pack in a Qualcomm chip. Completing the internal spec sheet is 4 or 6GB of RAM, which is paired with 128GB of micro SD expandable storage up to 1TB. The battery is rated at 5,000mAh and can be topped up at 25W speeds.

Somewhat fortuitously, the Galaxy F23 is also set to ship with One UI 4.1 atop Android 12 pre-installed with two years of OS upgrades and four years of security patches guaranteed. Given that the only other Samsung device with One UI 4.1 installed is the Galaxy S22 series, this is quite the bonus.

Unfortunately, the Galaxy F23 is limited to India at present and will be available in Aqua Blue and Forest Green priced at just ₹14999 or ~$195 from March 16. This introductory price will be increased to ₹17,499 (~$230) once the promotion has ended.