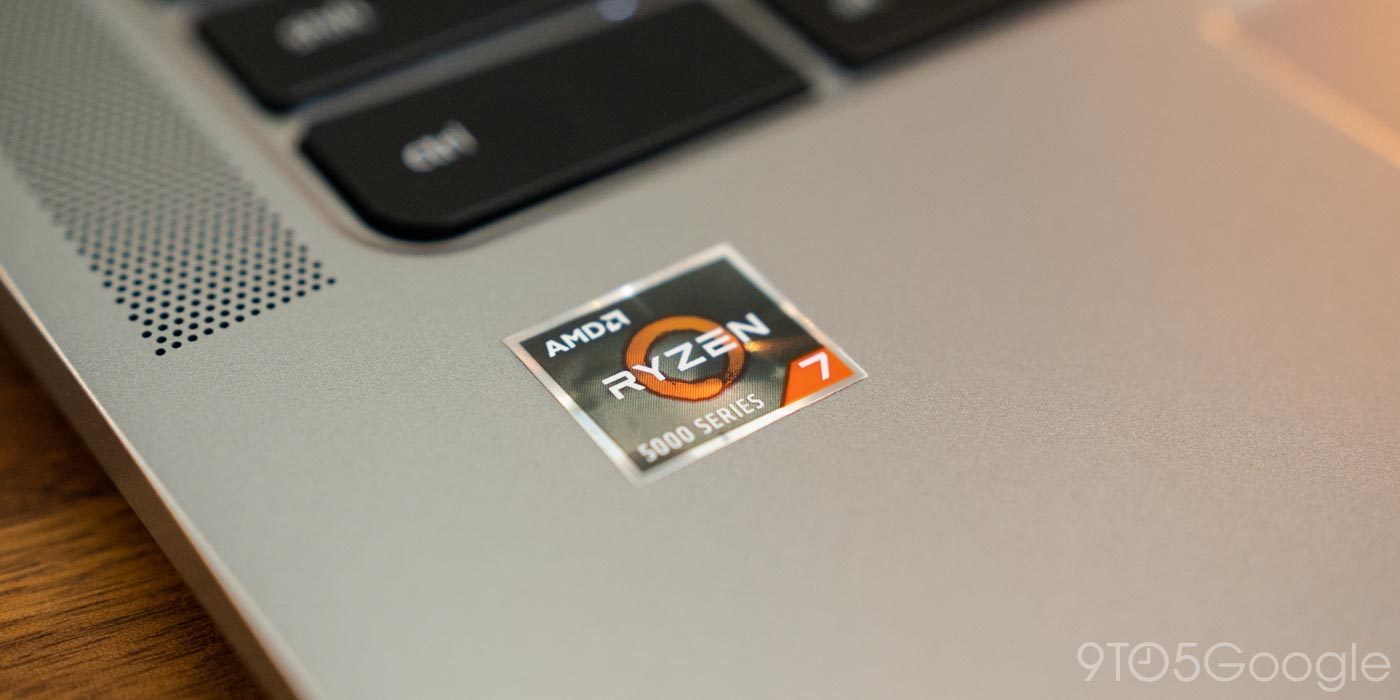 The vast majority of Chromebooks on the market today run on top of either Intel or ARM-based chips from brands such as MediaTek. But as Chrome OS enters a new era that includes support for Steam, there are new options coming out. Today, AMD is announcing Ryzen 5000 “C-Series” chips for Chromebooks.

In 2020, AMD joined the Chromebook market with a handful of options for the entry-level and mid-range markets. They were largely fine but didn’t especially stand out from Intel counterparts, mostly due to using AMD’s older architecture.

Coming soon in some mid-range and high-end Chromebooks, AMD Ryzen 5000 processors claim to bring big performance and battery life boosts to machines running on top of Google’s lightweight, but ever more capable, OS. Ryzen 5000 “C-Series” chips for Chromebooks are based on AMD’s “Zen 3” architecture, which first debuted on traditional PCs in 2020. AMD has since released Ryzen 6000 this year.

What does Ryzen 5000 bring to Chromebooks? With options ranging from the more mainstream Ryzen 3 to the stronger Ryzen 7 series, there are certainly some powerful options available. AMD touts that the Ryzen 5000 C-Series is bringing the first 8-core x86 CPU for Chromebooks with its Ryzen 7 5825C chip.

The entire lineup lands as follows:

AMD has some bold claims about how these chips will benefit Chromebook owners, with the biggest claim being up to 94% battery life savings on the Ryzen 5000 C-Series chips compared to Intel counterparts. AMD gets that exact number comparing the Ryzen 5 5625C to the Intel Core i5-1135G7 using the Crxprt 2 battery benchmark. The company claims some models will support up to 13 hours of battery life.

Ryzen 5000 C-Series processors will arrive on Chromebooks starting this year with models from Acer and HP. The Acer Chromebook Spin 514 will be launching in Q3 for a starting price of $579 with the Ryzen 5125C. The HP Elite C645 G2 Chromebook will launch in “early June” for $559, but the company hasn’t disclosed the specific chips that will be used.