Steam on Chrome OS: Here’s what games and Chromebooks are supported 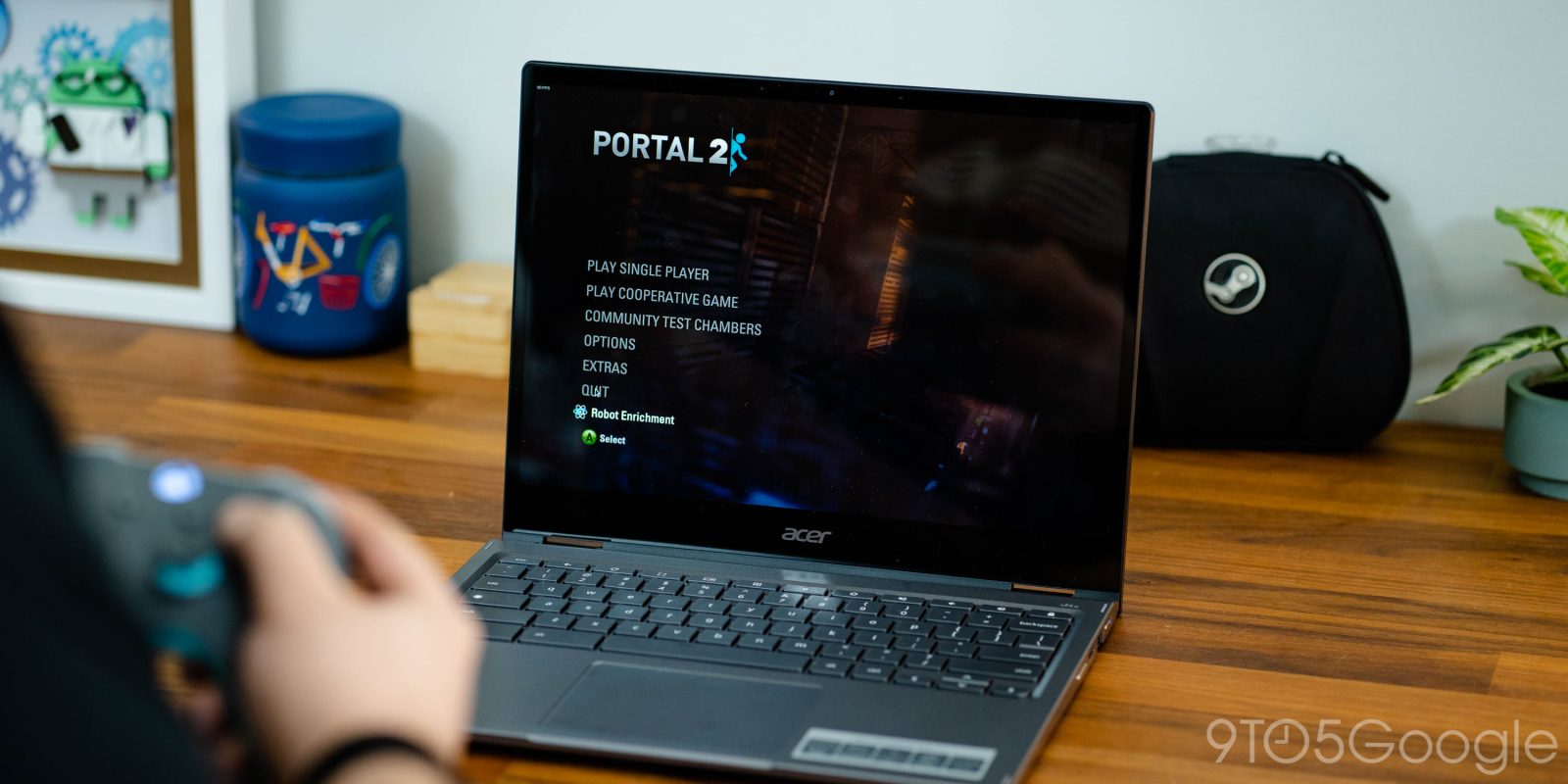 Google and Valve have finally launched the fruits of their partnership to bring Steam to Chrome OS; here’s which Chromebooks are ready for playing games and which titles are supported.

Before we dive in, it’s important to note that for the time being, Steam on Chrome OS is only in alpha testing. As such, it’s not ready for the average gamer or Chromebook fan, and it requires a complex process to get started.

Which Chromebooks are ready for Steam?

At this stage in the alpha testing, only a handful of Chromebooks are able to install Steam, and all of them were released within the last year. The short version of the (current) minimum specs for Steam on Chrome OS is that you need to have an 11th Generation Intel Core i5 or i7 processor along with a minimum of 8GB of RAM.

Specifically, any of the following models of Chromebook are supported — again, provided you buy one with a good enough processor and RAM:

Importantly, these are just the models of Chromebook that Google is ready for testers to try Steam on at this time. With time, surely more Chromebooks will be able to support Steam, though it’s not clear whether any older models will be supported.

What Steam games are known to be compatible?

For this initial launch, Google has prepared a list of 48 games they’ve tested on various Chromebooks. Some of them need special tweaks (as noted in a community post) to work well, while others may only work on higher-end devices with a Core i7 processor or a minimum of 16GB RAM (indicated with an asterisk below).

Broadly speaking, though, these are far from the only games that are now playable on your Chromebook, just the ones Google has tested.

What other games can be played?

Unlike “traditional” PC gaming, Steam on Chrome OS is powered by Linux instead of Windows. As such, you may think that Chromebooks should have a sorely limited game library, only supporting games that have a dedicated Linux version.

Instead, Google is able to take advantage of the work that Valve has done on Proton, their software that “translates” many Windows games to run correctly on Linux devices. While the main benefit of Proton was to make more games available for the Steam Deck, Chromebooks are able to reap some of the benefits.

As such, you can check for your favorite Steam game in community-powered ProtonDB to have a decent idea whether it might be playable on a Chromebook. Between Valve’s own testing in preparation for the Steam Deck and crowdsourced data, thousands of games have been found to work well on Linux.

That said, as things are still early on, there are no guarantees that what works for some people will necessarily work for you. The only way to find out is to try it and share your findings with others.

To turn on Proton, open the Steam app and click “Steam” in the top-left corner and open “Settings.” In the new window that opens, click “Steam Play” and check the box labeled “Enable Steam Play for all other titles.” You’ll then be able to choose a version of Proton; Google recommends using Proton Experimental.

Is there anything explicitly not supported?

Unfortunately, gaming on Linux is still in a very early and experimental state, let alone gaming on Linux through Chrome OS. As such there are going to be some games that outright do not work on Linux and other games that should work but are affected by a Chrome OS specific bug. For example, in our own testing, Cities Skylines, a Linux-native game, simply will not open correctly on our tester Chromebook.

Google has outlined some of the known issues with Steam on Chrome OS on its official page. For example, games with protections systems like Anti-Cheat and BattlEye — used in popular games like Elden Ring, Brawlhalla, and Arma 3 — are not playable on a Chromebook today. Meanwhile, some games that should work well through Proton either altogether fail to start or have their window appear in the wrong place.

There are also some limitations to the ways that you can use Steam on Chrome OS. The most critical of these is that you cannot currently use any form of external storage to download your games. With games ever increasing in their storage requirements — Call of Duty: Warzone uses around 80GB for example — your Chromebook may not have enough room for your favorite game. Similarly, you can’t take your gaming to a larger screen, as external monitors are not supported and Chromebooks with high-resolution (2K or 4K) displays may notice more issues.

With time, many of these issues should hopefully be fixed, but until then, it’s quite clear why Google considers this to be an “Alpha” test, locked behind a complex installation process.