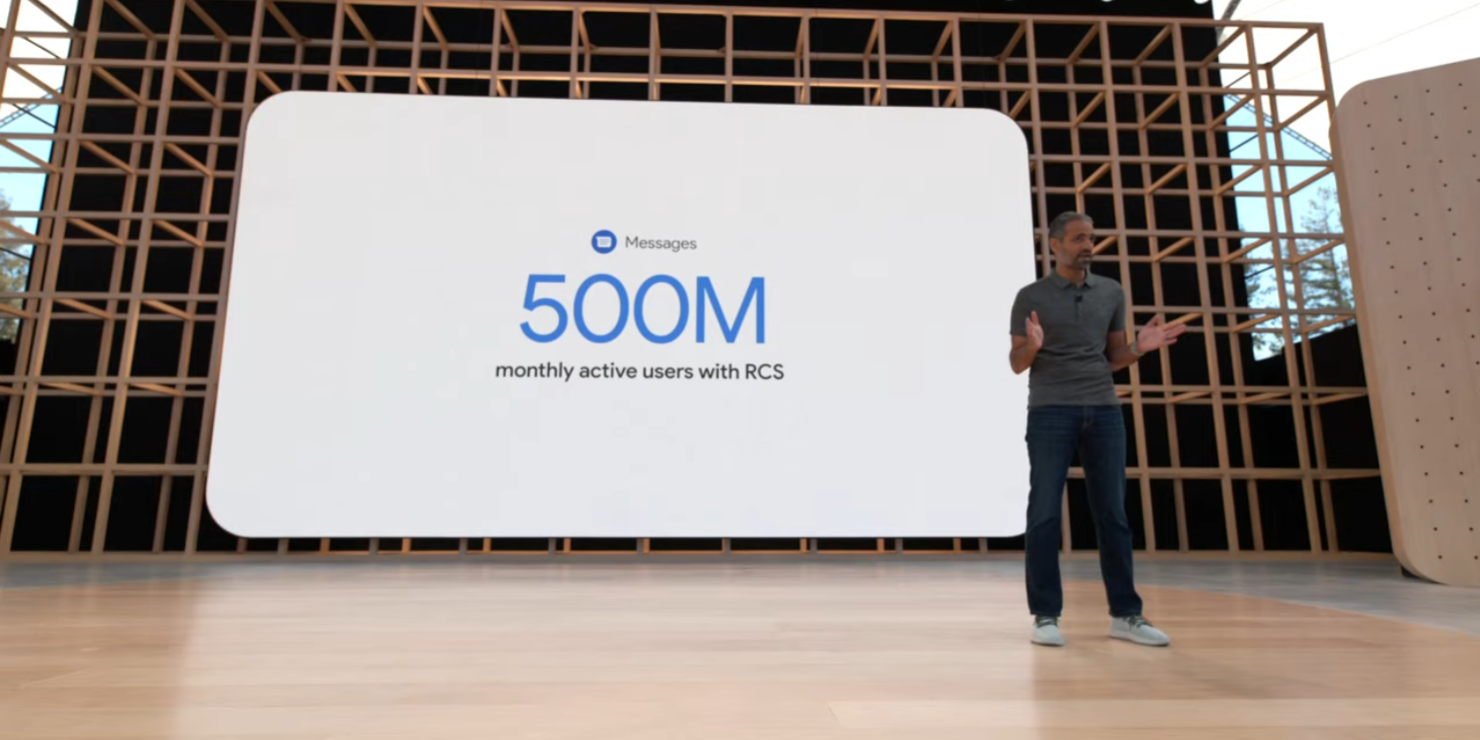 Today at Google I/O 2022, Google confirmed that over 500 million people are actively using RCS messaging and took the chance to throw another dig at Apple.

During the Android segment of Google I/O 2022, Google announced that there are currently over 500 million users of RCS messaging across the world. Specifically, Google is referring to monthly active users of RCS with the Google Messages app in particular.

Perhaps the more interesting bit during this reveal, though, was Google’s very clear dig at Apple over the company still ignoring RCS as a replacement to SMS message on the iPhone. Apple’s iMessage has taken over the messaging race in the United States in particular, but that system is still completely proprietary to iOS, and still falls back to SMS when sending messages to Android devices.

We hope that every mobile operating system gets the message, and upgrades to RCS. So your messages are private, no matter what device you’re using.

You can see the clip from Google I/O ongoing keynote on YouTube.