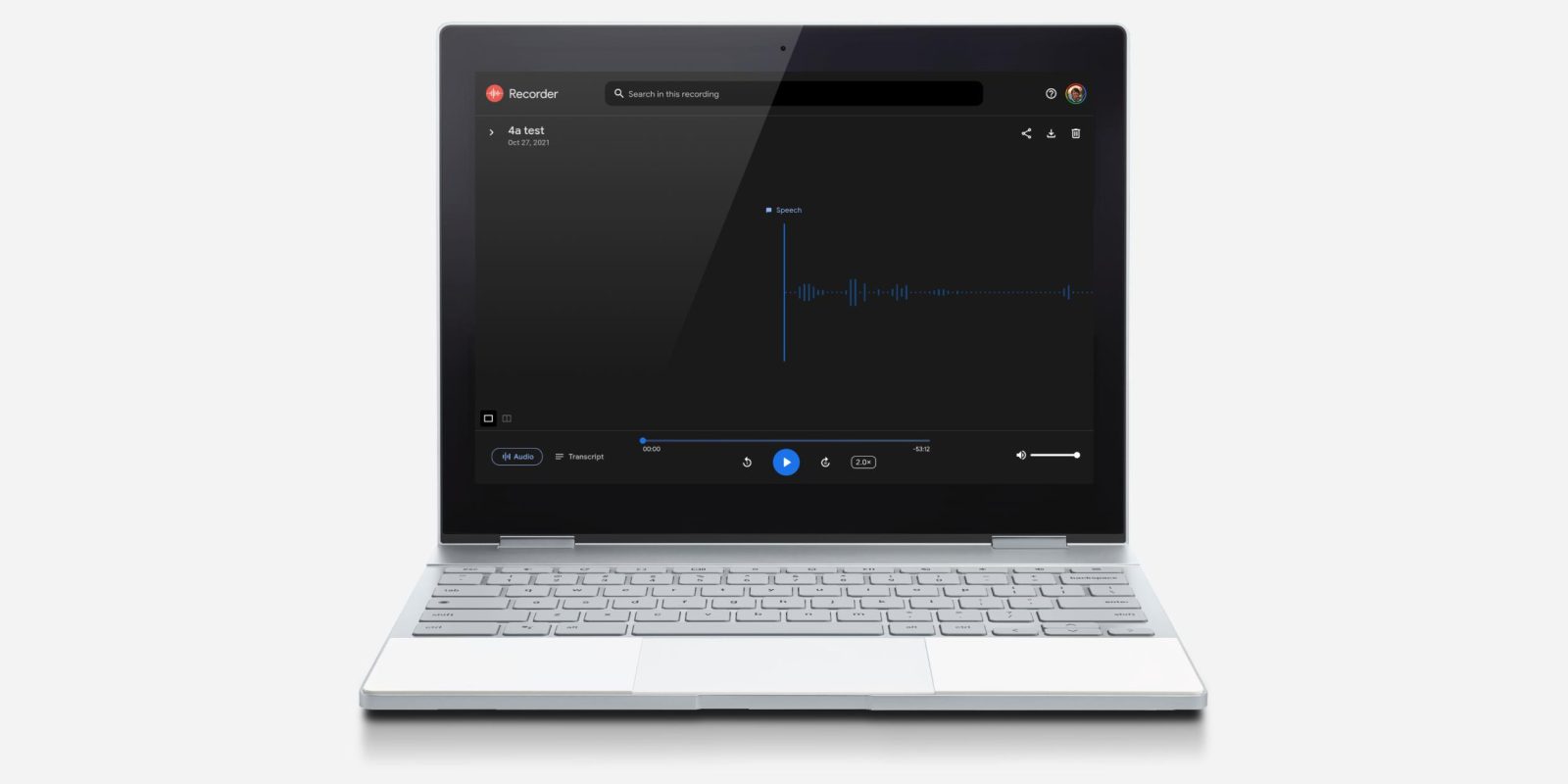 Google last updated the Recorder app in March with Material You tweaks and a Quick Settings tile, as well as a curious landscape UI that looks awfully good on tablets. The Recorder website that lets you play audio from your Pixel also recently added the ability to control playback speed.

Recorder.google.com was introduced in March of 2021 as part of adding cloud backups to the Android app. It made access, especially to transcripts and search on a large screen, much easier.

In addition to play/pause, 5-second rewind, and 10-second jump, the bottom audio controls now allow you to adjust playback speed. The current preference is noted and a tap lets you choose from: 0.5x, 1.0x, 1.5x, 2.0x, and 3.0x. The latter speed is something that even YouTube doesn’t offer, but Google Podcasts has it.

Besides speeding through what you recorded, the slower option will be useful when manually reviewing and fixing errors in the automated transcript.

The website’s playback speed controls were introduced sometime after the March update to Recorder on Pixel phones, and they would also be useful on the Android app.