Logitech G Cloud: Which games you can play on the newest cloud handheld? 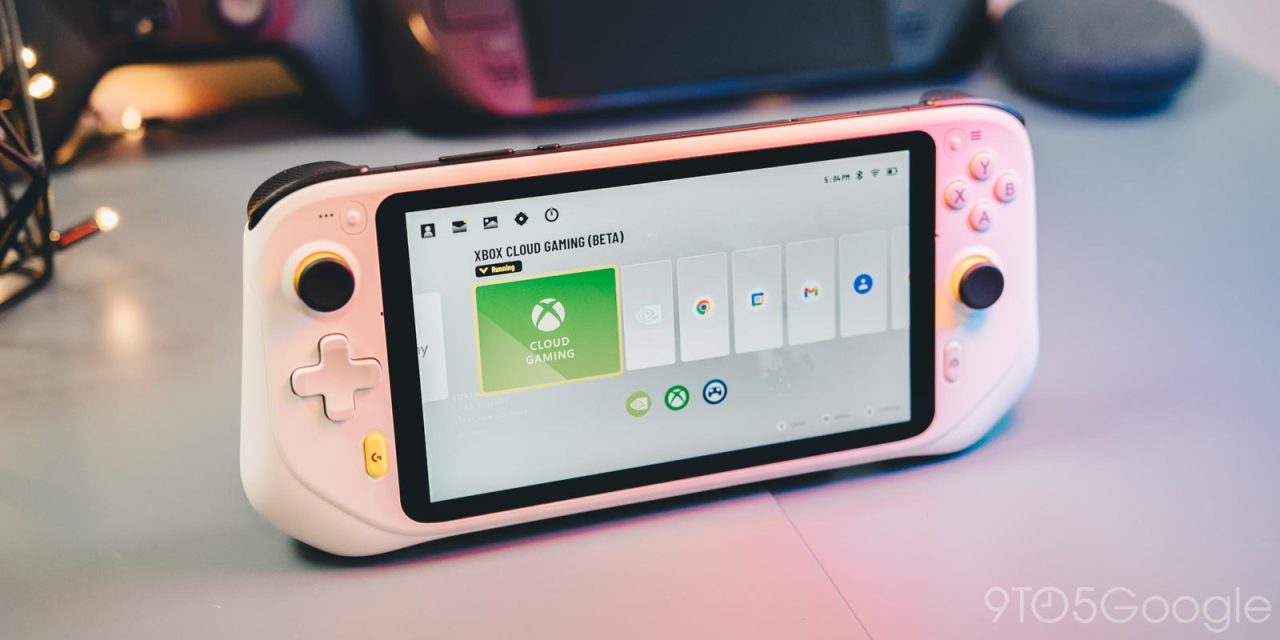 Logitech recently announced the G Cloud, a fully self-sufficient handheld that’s made specifically to handle cloud-based games. So what can you play on the newest in cloud devices? This guide will take you through the Logitech G Cloud’s capabilities, including Xbox, GeForce Now, Stadia, and even Amazon Luna.

As far as cloud gaming goes, the whole premise revolved around not having specialized hardware in order to play. This meant playing on your phone was just as easy as loading cloud games on your Macbook or PC.

With the arrival of the Logitech G Cloud, that goes out the window. The gaming handheld is made specifically to handle cloud-based games. Of course, the core of it runs Android 11 with a Qualcomm Snapdragon 720G, and it has 4GB RAM with 64GB expandable storage via microSD.

Beyond that, Logitech has skinned the device to run in a gaming mode, which shows you all of the services you can play, as well as locally downloaded games.

When you first power the device on and run through the setup process, Logitech drops into gaming mode. There, two main gaming services are already installed: GeForce Now and Xbox Cloud Gaming. Both are fantastic services and play to their strengths.

With GeForce Now, you have to own the games you play via Steam or the Epic Games Store. With that, you can log in and play those games through NVIDIA, using their servers and hardware. Depending on the tier you subscribe to, you can get several hour sessions to an unlimited playing time and up to an RTX 3080 experience, which makes for the best sessions.

From the Logitech G Cloud home screen, you’ll be able to select GeForce Now, log in, and start playing. Logitech worked with NVIDIA and the GeForce Now team to develop a PWA – Progressive Web App – meant for the G Cloud. With that, the GeForce Now experience runs very well, and all of the hardware on the G Cloud works as expected with the service.

Xbox’s strength is quantity. Xbox Game Pass Ultimate gets you a huge backlog of games to play, all on the cloud. However, the service tends not to run super efficiently. Of course, Xbox Cloud Gaming is still in beta on Logitech’s G Cloud. With that, you might notice a lesser streaming quality and a little more input latency to your games. Even so, Xbox Game Pass is still a fantastic option for the G Cloud, and it suits it well.

Stadia – for a very limited time

During the initial announcement of the Logitech G Cloud, we learned that Stadia was not on the list of supported services. At the time, we thought this was strange given the relationship Logitech has with Google, but hindsight is absolutely 20/20.

Just today, it was announced that Stadia would be shutting its doors early next year. The service has been around since 2019 and has built up quite the catalog. You can still access your Stadia games until January 18, 2023.

Because Logitech’s G Cloud runs Android and has the Google Play Store installed, you can download Stadia. Having tested the service, it works as expected and is a great addition to the G Cloud – at least until it stops working.

Amazon Luna is another big name in the cloud gaming market. Much like GeForce Now or Xbox Cloud Gaming, you can play just about anywhere, even on the G Cloud.

Since it isn’t included, you need to access Chrome on the G Cloud. Once there, head to amazon.luna.com and log in. If you have a subscription or are a prime member, you can play games from the browser. You will need to hit the three-dot menu and switch the Chrome instance to desktop mode. After that, you’ll be able to play.

Keep in mind that with this method you will undoubtedly experience a bit of input latency and maybe some lesser video quality. This is because you aren’t playing from a verified PWA or app, but rather running it through Chrome. While it works surprisingly well, it isn’t going to be the best experience on the G Cloud until Amazon Luna gains support. Unfortunately, we don’t know if that will ever happen.

The G Cloud is a cloud-based device, so why does it sport expandable memory? Well, the device is also fully capable of handling downloaded games from the Play Store. Since it in itself is basically a controller, local games will work and complement the cloud games you can access elsewhere.

Remember, the G Cloud is equipped with a midrange SoC because it was designed for cloud gaming, which is basically just high-end streaming. Graphically heavy local games probably won’t run great, and you can bog down the system if you load too much on the handheld. While it’s possible, the G Cloud won’t be your best friend when it comes to local play.

In all, Logitech’s newest gaming handheld can handle a lot. From GeForce Now and Xbox Cloud Gaming to the dying Stadia and jimmied Amazon Luna workaround, the G Cloud gives you options. Up for pre-order now at $299.99, the G Cloud will likely ship around late October.