Pixel 7: All of the last-minute leaks [Video] 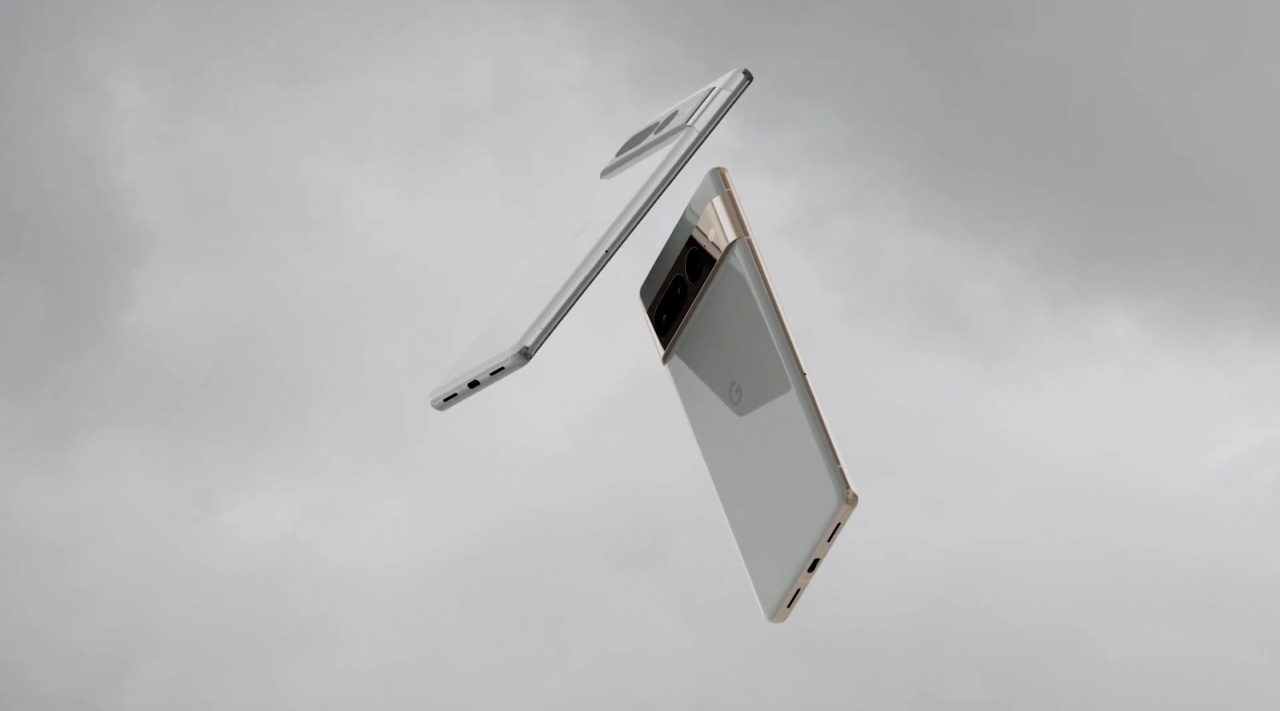 As seems to be customary, we know a great deal about Google’s latest smartphone series before they officially launch. The last-minute leaks are seriously piling up for the Pixel 7 — here’s everything you need to know.

Google has set October 6 as the official launch date for the latest device cohort. However, the Pixel 7 leaks started much earlier with renders appearing in early 2022. Since then, information has steadily dripped out into the ether, and now we have a much clearer picture of what Google plans to unveil on stage later this week.

If you are hoping for a big change in the design and hardware of the Pixel 7 series, then we are sorry to disappoint. Google is refining and tuning the Pixel 6 series with its “Camera bar” and making some important upgrades.

From afar the Pixel 7 and 7 Pro will look almost identical to the Pixel 6 and 6 Pro. The redesign for a flagship Google phone is remaining but with sensible changes to the all-glass “Camera bar,” which is now set to have an aluminum frame for added durability. One major complaint that this hopefully resolves is camera lens smudges that can ruin your images and videos.

In terms of screen sizes, early leaks indicated that the Pixel 7 may have a marginally smaller 6.3-inch flat screen versus 6.4 inches on the Pixel 6. The Pixel 7 Pro will come with a 6.7-inch curved screen. The screens could be the same used on the Pixel 6 series, but the display curve is said to be a little less pronounced on the Pixel 7 Pro this time according to a leaked hands-on video — which has since been deleted — with EVT units from YouTuber Unbox Therapy.

In years gone by, a number of playful colors have helped differentiate the Pixel series from the often samey smartphone space. Sadly, this year Google is ditching cute pastel colors in favor of plain finishes. The two standout options look set to be the “Lemongrass” Pixel 7, and “Hazel” Pixel 7 Pro.

Those two are joined by “Snow” and “Obsidian,” options which translate to white and black respectively. We’ll have to wait to see all of the finishes in person, but renders and hands-on videos of pre-release units indicate that Google is going glossy on all colors.

Those hoping for a major overhaul or upgrade from the Pixel 6 may be disappointed to hear that the Pixel 7 series looks to be offering minor boosts in select areas. The second-generation Google-developed Tensor processor is going to be at the very heart of the duo.

From digging it appears that the Tensor G2 has the same octa-core CPU setup as the original chipset, which consists of two Cortex-X1 cores, two Cortex-A76 cores, and Cortex-A55 cores. That seems identical at first glance, but the new processor is set to be built using the 4nm process and is also rumored to have a 10% clock speed boost. Will it mean major performance gains? It’s unlikely, but the first-generation Tensor is no slouch.

Only two storage options are set to be available for the Pixel 7 and Pixel 7 Pro with a spec sheet leak confirming that Google is ditching the limited 512GB option this time around. If you need greater storage options, then you may need to look elsewhere or invest in Google One to offload large on-device files.

The same display paradigm is being adhered to this year. The Pixel 7 is coming with a 6.3-inch FHD+ 90Hz AMOLED, while the Pixel 7 Pro will come with a 6.7-inch QHD+ LTPO AMOLED panel. It’s not specified, but we’re expecting an earpiece speaker will return again after being restored on the Pixel 6 series.

Google is keeping the batteries fairly familiar, but there could be a minor bump on the Pixel 7 this time around. The bump from 4,614mAh to 4,700mAh isn’t huge, but it could help squeeze important extra minutes from the device. There is no change to the 5,000mAh capacity on the Pixel 7 Pro this time.

No leak has indicated the exact charge speed, but we’re expecting it to be capped at 30W. It’s also not clear if we’ll see true 30W charging or the limited 21W and 23W speeds that the Pixel 6 and 6 Pro are capped at already. Wireless and reverse wireless charging are also returning.

We all know that Google likes to fine-tune the camera quality rather than rely heavily upon the sensor hardware. The 50-megapixel Samsung ISOCELL GN1 sensor is receiving another outing this year after making its debut with the Pixel 6. After years of persisting with the aging Sony IMX363 main sensor, this felt like a quantum leap for the Pixel camera with cleaner, sharper images that elevate the Pixel 6 back toward the upper echelons of the smartphone camera charts.

If you are expecting a huge overhaul in the camera hardware department, prepare to be disappointed by the Pixel 7 leaks. That’s not to say certain improvements are not coming. There are some minor tweaks to an already excellent system that only truly differs with the inclusion of one extra lens on the Pro model.

Auto-focus is being introduced to the ultrawide lens for the first time, which should help when taking shots. All features introduced with the Pixel 6 series are set to return including Face Unblur, Magic Eraser, Live HDR+ video, plus much more. One new camera feature is the addition of “Cinematic Blur,” which will mimic the Cinematic Mode that is found on iOS phones or Live Focus on Samsung Galaxy phones.

The telephoto zoom lens is still set to be exclusive to the Pro version, but rumors hint that we’re set to see the 48-megapixel Sony IMX586 with a Samsung GM1 sensor. Leaked spec sheets confirm that the optical zoom capabilities are being increased from 4x to 5x, this should mean sharper images at the upper limits of the digital zoom range. The hybrid zoom is taking a step up from 20x to 30x on the new model.

The Pixel 7 isn’t getting any major rear camera improvements, but it will have 8x digital zoom, which is an improvement over the 7x on the Pixel 6. Previous leaks and rumors indicate that the smaller phone gets a bump from an 8-megapixel selfie camera seen on the Pixel 6 to an 11-megapixel selfie camera. This could help accommodate the highly anticipated Face Unlock function that looks set to return with the newest smartphone generation.

Leaks of the Pixel 7 features have not been quite as in-depth as in other areas, but as is often the case, the closer we get to launch, the harder OEMs find it to keep things under wraps. That is certainly what has happened in recent days as a ton of information has been uncovered as we approach the official launch date.

Alongside a number of new camera functions, as we have uncovered previously, the Pixel 7 series is set to restore Face Unlock for biometrics. This is alongside an in-display fingerprint scanner for secure device unlocks. Android 13 will no doubt come pre-installed, but it’s not clear if there will be any interesting and exclusive functions that’ll come bundled for the Pixel 7 and 7 Pro.

Last year the Pixel 6 and 6 Pro were offered at competitive prices of $599 and $899 respectively. It was widely expected that the duo would be offered at this price once again. A US pricing leak indicates that the Pixel 7 will start at the same price this time around with Amazon even listing the 128GB Pixel 7 early at $599.

Amazon was at it again, with European pricing matching last year’s prices of £599/€649. Interestingly, the Pixel 7 Pro was not confirmed, but we’re expecting it to start at £899 and €899 respectively. Those in Europe are being offered some impressive incentives and free gifts once again this year.

In the UK, an early rumor suggests you’ll be able to get a free Pixel Watch as a pre-order gift with the Pixel 7 Pro. The Pixel Buds Pro are set to be offered as a freebie with pre-orders of the Pixel 7. It’s not clear if other markets will get such great deals, but it seems like a great deal for early adopters.

Made by Google 2022 is scheduled for October 6, where we’ll learn all of the secrets and intricacies of the device duo. This aligns with Google’s usual timeline for a flagship smartphone launch. It’ll also be the first in-person event for the Pixel line since 2019. Two years of virtual events will be brought to a close with NYC playing host to the keynote.

Following previous release cycles and launches, we expect that you’ll be able to pre-order the Pixel 7 and 7 Pro after the keynote finishes. According to the Amazon listings leak for the Pixel 7, the phone will be fully available as of October 13. That would be exactly one week after the October 6 launch event. This timeline makes sense, as Google generally launches products in the Pixel catalog within a week or two of pre-orders.