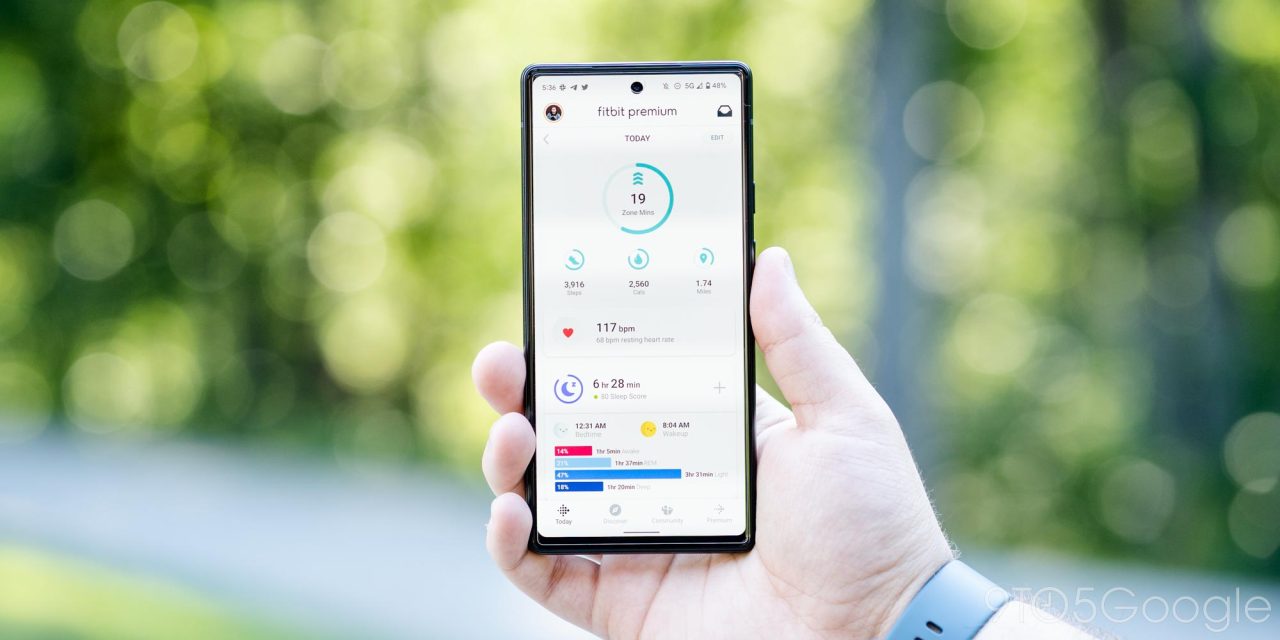 A minor update to Fitbit for iPhone is rolling out today, but the bigger change is that the smartwatch and fitness tracker companion app is now published under Google’s App Store account.

Google acquired Fitbit in January of 2021, and one of the biggest integrations before the Pixel Watch was seeing stats directly on your 2nd-gen Nest Hub. Meanwhile, it powers the health and fitness experience on Google’s new wearable.

Just before that device was announced two weeks ago, Fitbit for iPhone moved from the “Fitbit, Inc.” developer account to “Google LLC” alongside Chrome, Gmail, YouTube, and other apps. You’ll notice it in two places on the App Store listing when updating.

There’s otherwise no change to functionality, but Fitbit has also updated the listing screenshots to reveal a minor app redesign. The bottom navigation bar has been reorganized so that the “Today” feed is now in the middle. It’s flanked by Discover and Community, though this redesign isn’t rolled out yet.

This developer account change comes ahead of a bigger change in 2023 that requires a Google Account to use new Fitbit devices and features. Currently, “Fitbit continues to provide its products and services separately from Google.” That’s unsurprisingly changing as the acquisition gets more closely integrated.

Besides new account creation and being able to use new devices, as well as features, user benefits include switching over to Google Accounts logins and its two-factor authentication (2SV) system. There will be an option for users to migrate their Fitbit account to Google’s with users having until 2025 to switch.